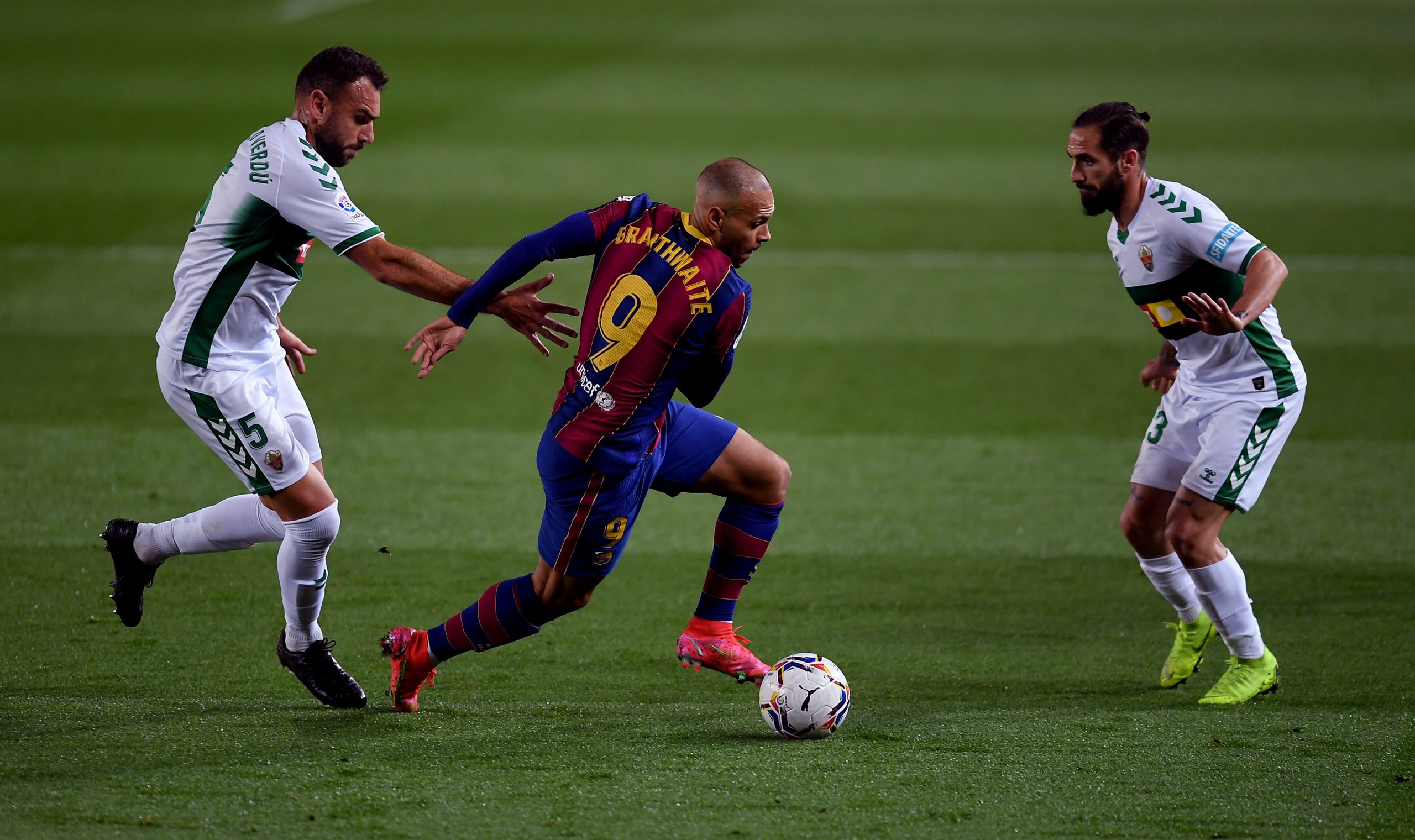 Striker Martin Braithwaite was somewhat of a surprise inclusion in the Barcelona teamsheet on Wednesday. The Dane was called up for his first start since the last time Barcelona faced Elche late in January. He rewarded Ronald Koeman’s faith in him with a very solid display.

Braithwaite had a hand in two of Barcelona’s three goals, setting up Lionel Messi’s opener with a wonderful backheel. He then selflessly squared a header across goal for Jordi Alba to cap off the scoring in a 3-0 victory.

The striker had previously managed just one assist as a Barcelona player, but in just under 75 minutes he managed two last night. Antoine Griezmann later came on to replace the 29-year-old.

Barcelona desperately needed the three points in a bid to keep pace with Atletico Madrid and Real Madrid at the top of the La Liga table. The Blaugrana now sit in third with 50 points, two behind Los Blancos and five behind Atleti in first.

Braithwaite spoke to the media following the win, stating his content with his display ahead of vital league match against Sevilla on Saturday.

On the result and team’s performance: “I’m very happy. We had a good game and now it’s time to focus on Saturday’s game against Sevilla.”

On his performance: “I think this is the first time I have given two assists in a game, but I hope it is not the last.”

On assisting his teammates: “I saw Messi and I tried to help him score, as with Alba in the third goal. I feel good giving assists.”