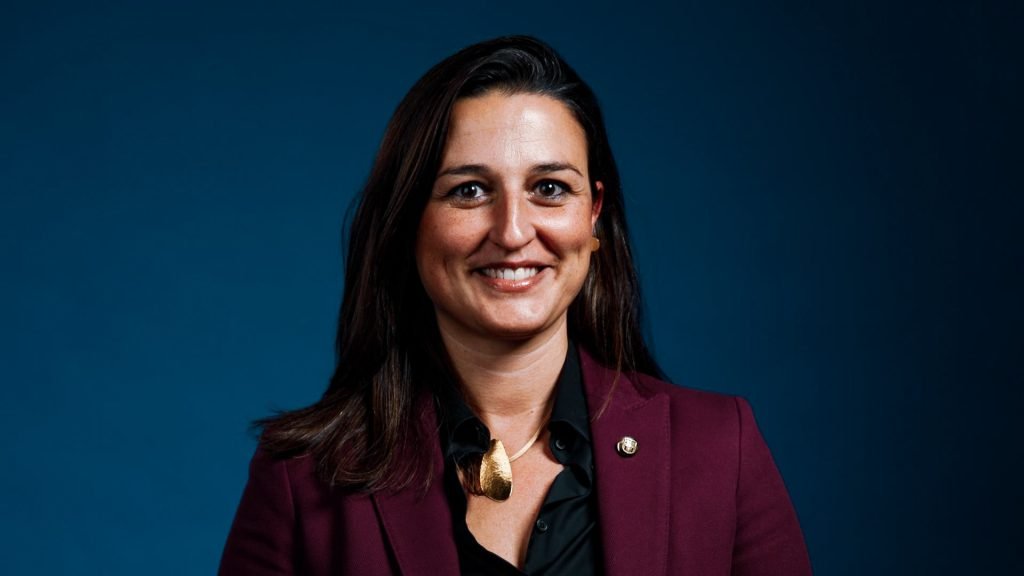 Maria Teixidor, responsible for the club’s women’s football, has taken Barça Femení to new heights with her work towards equality and her determination to make the team one of the best in the world too.

Beyond the pitch, every sports club is a reflection of what is happening in society and the values ​​it promotes. In recent seasons, Barça has stood their ground for women’s football, which recently had its greatest success in reaching their first-ever Champions League final last season. At the same time, the board of directors of FC Barcelona and head of Barça Femení, Maria Teixidor, has been one of the most visible faces of the club’s current board.

Maria Teixidor, board member of FC Barcelona, secretary to oversee women’s football, a lawyer, mediator, and businesswoman, plays a great role in strengthening Barça Femení, and is constantly working towards giving them the platform they deserve. Thanks to her, we have a wonderful project before us with the women’s team.

Currently, she is responsible for Women’s Football, since January 2018, and holds the title of President of the Club Control and Transparency Commission, since September 2017. Additionally, she is President of the Grup Edelmira Calvetó (from January 2017, member since October 2015,) an entity set up by the Barcelona board with the mission of reclaiming the legacy of women in FC Barcelona’s history, promote women’s participation at the club, and debate the role of women in sport.

As a director, she oversees activities related to children and to senior citizens such as the FCB Senate and the Casal de l’Avi. She also represents the club at the Women and Sport Working Group that forms part of the Barcelona City Council’s Municipal Committee for Sport.

Her journey started from being a lawyer, to becoming a businesswoman and mediator, to becoming one of only two women in the FC Barcelona Board of Directors. As a lawyer, she started working in the intellectual property field and realised how the new developments were changing the business from all perspectives.

She had her first company that developed the subways to catch piracy and copyright infringements on the Internet. Later she left the law office where she worked and started her own practice as a working mother. Then she sold a part of her first company and started a second one which developed an application for kids to notify their schools of any harassment.

She was a member of the club since she was a kid and used to go to the stadium with her father, as stated by her. After Bartomeu’s victory in the July 2015 club elections. she became a member of the board. Currently, she is in charge of the women’s football and women issues. On the other side, she is the secretary of the board and the president of the ethics committee of the club.

What she means to women’s football

Maria Teixidor is the person with the best inner knowledge of the club’s structure. She played a key role in women’s football when they were made professional back in the 2015/16 season. Teixidor made sure women at the club could make a living out of playing football. Before 2015, women’s players had to work a second job besides football and/or study to ensure to get a job.

Professionalisation in women’s football is also about training in the mornings instead of late in the afternoon, getting a wider staff structure, eating at the premises under the strict control of the medical staff, and better performance and being monitored – just like male footballers. What we are seeing here is a revolution, in the way they play, practice and in what they get in return. This shows that when women are given the same conditions as men, they blossom and achieve great results. A large part of this evolution happened to the women’s team thanks to Maria Teixidor.

“To all of you who these days decided to criticize the conditions of the women’s team’s trip, I say that Barca asked its female team to travel with its male team so that in the future they can travel in business class on their own plane, that will be the day we can talk about equality, because women’s sport will have the same media coverage, sponsorship deals and fan interest as men’s sport…Until that day arrives, it would be nice for those who criticize us today could recognize the effort that the club is making today to promote women’s sport. Until then, we ask for less cynicism”

What she means to Barça Femení

Yes, she is a part of Josep Maria Bartomeu’s board, but Maria Teixidor seems to be made of another paste. She is very involved, with strong character and excellent speaking skills. Teixidor could very well be the first woman to preside over Barça if she can keep hold of the values of the club.

Maria Teixidor on Barça players selected for the World Cup in France: “We are very proud, it was Spain’s second participation in a World Cup and it was seen that there is a level, that you can play, we are very proud of the fact that the base of this team is Barça, it shows that we are doing the job well”.

Last year Barça Femení reached the Champions League final for the first time in their history, in a proof of the team’s stellar growth in recent years | Photo by Tim Goode via Imago

“It is the club that has the most players in this World Cup, our bet is good. The players we have are at the world class level and we are building a team for the present and future”

The impact she had in signing some of the best women’s footballers around the world and in Spain have taken Barcelona to astronomical heights. Lieke Martens extending her contract until 2022 along with the Spain stars Alexia Putellas, Leila Ouahabi, Mariona and Mapi León means they have a clear project for the next few years. Her other signings including Caroline Graham Hansen, Jennifer Hermoso, Andrea Falcón and Asisat Oshoala showed what Barcelona can bring to the women’s game, thus transforming them into one of the best in Europe.

Due to her constant efforts in getting a shirt sponsor for Barça Femení, STANLEY became the first main jersey partner of FC Barcelona’s women’s team in July 2018. In addition to this, back in January 2020, Barcelona partnered with clothing brand Naulover as a sponsor of its women’s team.

The contract between the Catalan organisations will run for two and a half years, until the end of the 2022/23 football season. The deal represents the first time Barça Femení has had a sponsor for off-the-field clothing. Its players and coaching staff will wear Naulover on all away trips for the league, Champions League, Copa de la Reina and Cup final games.

Fighting for sponsorship and media rights

This season, Barcelona decided to broadcast their first league game against Atlético de Madrid without the permission of the company or the clubs, something that according to regulations cannot be done. The situation left thousands of spectators unattended and did the sport a disservice, but nevertheless, the club was taken to court.

All this happened due to a conflict between the blaugranas and the RFEF (Royal Spanish Football Federation)  Mediapro has the rights to 12 of the 16 Primera teams. Instead, FC Barcelona, ​​Athletic Club, Tacón and Madrid CFF are the four clubs not associated with Mediapro, meaning they negotiate their broadcasting agreements through the RFEF. Therefore, when one team from each side faces, the match cannot be broadcasted.

Despite the court decision, Barça decided at the last minute to broadcast the game through Barça TV, announcing it in a statement first thing on Saturday. A decision by which Mediapro and the Madrid side have already taken legal measures, but which have been taken with ease by the club.

Teixidor’s explanation on the dispute: “It is a feast of women’s football, the most anticipated match of Primera Iberdrola. There is an evident general interest of the public that follows us. Obviously, we could not stop retransmitting it”.

We aren’t certain if Maria Teixidor is going to hold her position or leave along with the board of Bartomeu, but what she has already done to the development of Barcelona Femení is something that is going to reverberate throughout the club for years to come. She has created a legacy just like the men’s team of the 2000s and 2010s by keeping the team loved, respected, and maintaining interested in the women’s team. We hope she will stay with the team for years to come and continue helping them build an empire as one of the biggest superpowers in women’s football.

In March 2020, Forbes analysed the rapid growth of FC Barcelona Femení and discussed the club’s growing relationship with women’s football. You can read that here.