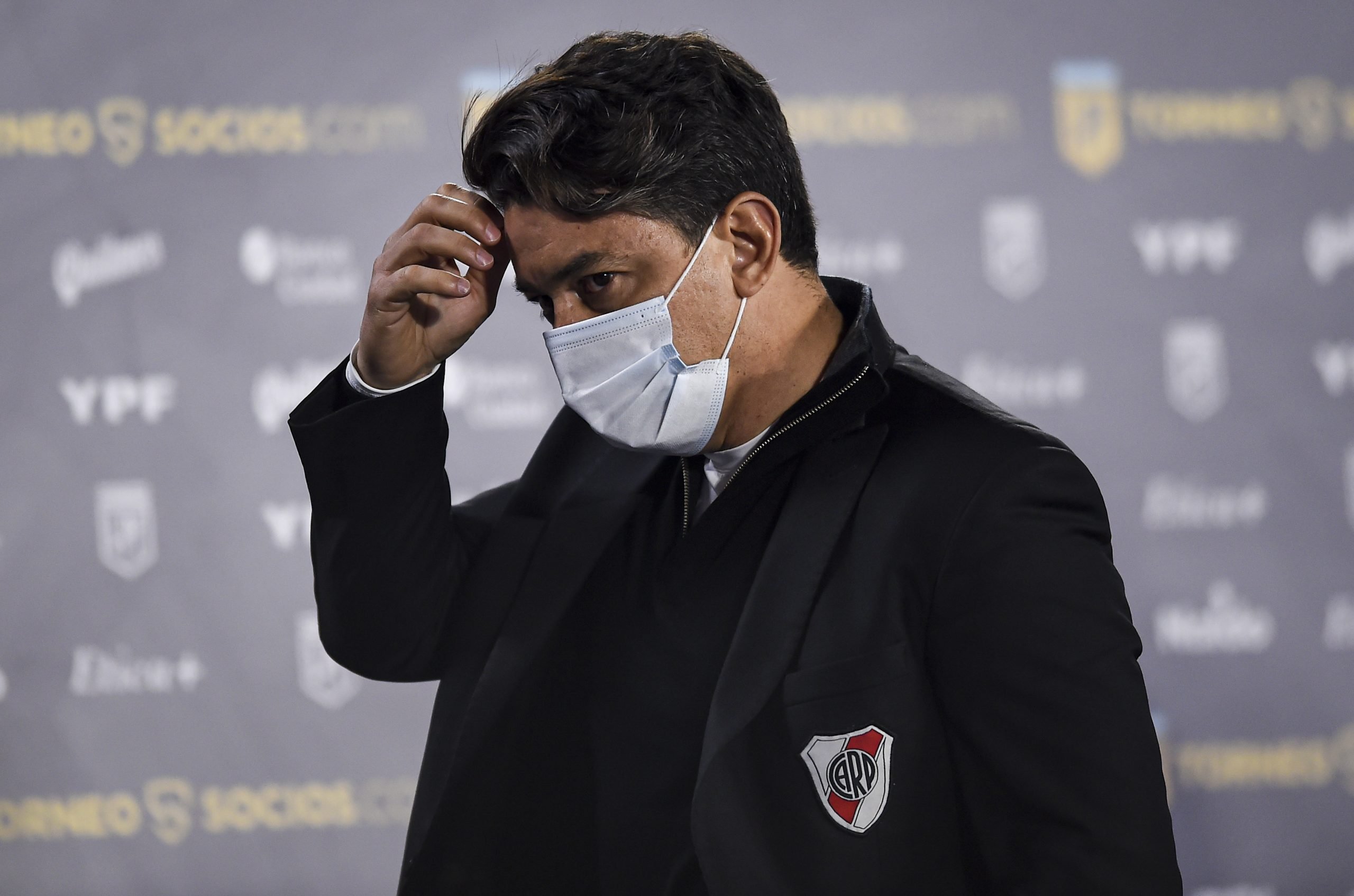 When asked about the reported interest of the Catalan club in hiring him as the new manager, the Argentine coach said that he is completely focused on his current club and that he would fulfil his contract at River Plate.

“I’m only focused on River. Everyone knows that I want to fulfill my current contract and I’ve no reason to change my mind. If Barça contacted me? Makes no sense to answer this question.”

Joan Laporta has been busy in recent days and the offices of the club are burning the midnight oil. The game against Benfica was the final straw in sealing Ronald Koeman’s departure from Barcelona.

It was reportedly not the result that infuriated the president but the poor tactical approach, the conservative formation and the non inclusion of some of the young stars like Gavi that worked Laporta up.

Several names have popped up as potential replacements for the Dutchman. However, not all the names on the table are candidates for the long haul

The prime contenders for the spot are Xavi Hernandez, Andrea Pirlo and Roberto Martinez. Antonio Conte is another widely discussed option as a short-term option.

The dream options are Thomas Tuchel and Jurgen Klopp, however Laporta understands that their incorporation would be highly difficult for another year.

That said, the name of Marcelo Gallardo too was a widely circulated report. However, with him putting a stop to the rumours, it seems like his name will be taken off the table.