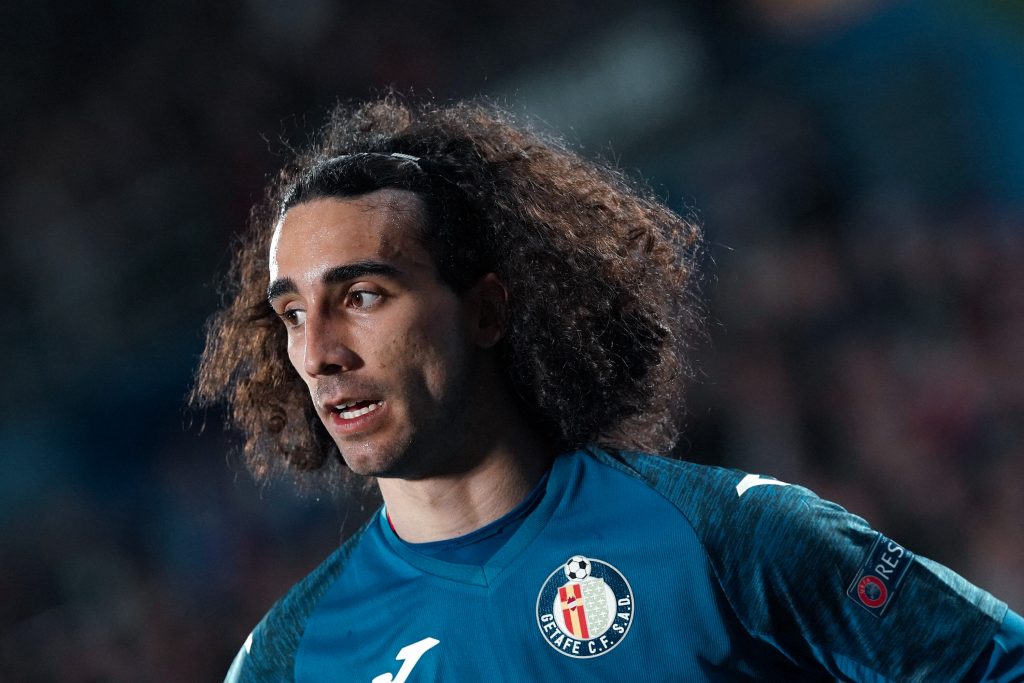 After a loan at Eibar in the 18/19 season, and at Getafe in the present one, Barcelona have announced this morning the permanent sale of Marc Cucurella to the latter club.

Marc Cucurella is, again, leaving Barcelona for the second, third or fourth time after having barely stepped on the Catalan city since he first departed on loan two years ago. The story of the La Masía graduate with Barça’s first team has been full of twists and turns, but with a single appearance with the senior side. This lone game with the blaugranas came in the Copa del Rey in October 2017, coming on as a substitute against Real Murcia. While he had arrived to the Barcelona academy in 2012 from Espanyol, that was the only official match the natural left-back enjoyed with the big boys.

His spell in the first team was predicted to last longer, though. With the departure of Lucas Digne in 2018, Marc Cucurella was expected to step up as Jordi Alba’s back-up. But, after preseason, coach Ernesto Valverde decided to put more faith in the younger Juan Miranda. In the end, Miranda was never properly trusted by Valverde either, while Cucurella left on loan to SD Eibar in his first full campaign in the top flight.

At José Luis Mendilibar’s Eibar, he had to settle into a completely opposed style of play, less possession-oriented but very aggressive with and without the ball. Not only was the football practiced different, but the position was new for Marc too. Cucu began operating as a left midfielder in a 4–4–2 thanks to his offensive nature, pressing ability and crossing expertise. In this new role, Cucurella stood out in the 2018/19 term.

Therefore, once the loan finalised, Eibar decided to exercise the €2-million purchase option that had been included in the deal. Nevertheless, Barcelona also retained a €4-million buyback clause, which they exercised almost immediately. As a consequence, Cucurella was heading back to Catalonia, but he lasted there only a few hours.

Two days after the re-purchase from Barça, it was announced that Marc Cucurella would be leaving on loan again. This time, to Getafe CF. José Bordalás’ Getafe have similar traits to Eibar, with dynamism, extreme commitment and their characteristic 4–4–2. Thus, as he did at Ipurua, Cucurella was expected to fit like a glove into the azulones‘ system.

Again, his adaptation was seamless. In his second course in the First Division, Marc has been irreplaceable for Bordalás. Mostly operating as a left midfielder or left winger, the young Catalan has featured in 39 games for Getafe. In the league he has started in all 31 matches he has played, only missing one clash against Mallorca through suspension. Additionally, he has completed the full 90 minutes in all but eight of these 31 La Liga fixtures.

Furthermore, Getafe’s impressive 18/19 season has allowed Cucurella to gain experience in the international tournaments too. He has played a key role in Geta knocking Ajax out in the Europa League, where they will face Antonio Conte’s Inter Milan in August. With impressive performances on a regular basis and on the biggest stage, Marc continues to make a name for himself in Spain.

Apart from being a starter week in and week out for Getafe, Cucurella has been acquiring experience in the Europa League too | Photo by Legan P. Mace / Zuma via Imago

At the same time, his past two campaigns have been attracting more and more suitors. Napoli, Chelsea, Borussia Mönchengladbach and Bayer Leverkusen were just some of the reported clubs interested in signing Cucurella this summer. However, Getafe retained a preferential option to buy him permanently, which they have just executed. Initially, the Madrid-based side had the option to buy him for 6 million euros plus 40 percent of a future sale. Still, Barça have agreed to give up on 30 percent in exchange for 4 extra million euro.

In other words, as announced on Tuesday morning, Getafe have bought Marc Cucurella permanently for 10 million euros, while Barcelona hold 10 percent of a future sale of the player. This means that, for the second time, Cucurella’s link with the azulgranas has come to an end. On this occasion, Barça are not expected to buy him back, as there is no clause to do so.

While several months ago it had been rumoured that Barcelona were interested in bringing the 21-year-old back as Jordi Alba’s back-up, that possibility seems to have faded away. With a single Copa del Rey appearance and a couple of preseason friendlies, Cucurella had barely been given a chance at Barça’s first team. Now that he has proven himself, though, the club has used such successful loans to generate some extra and much-needed money. Getafe and Marc Cucurella will certainly be pleased that they can continue battling and performing together for longer.