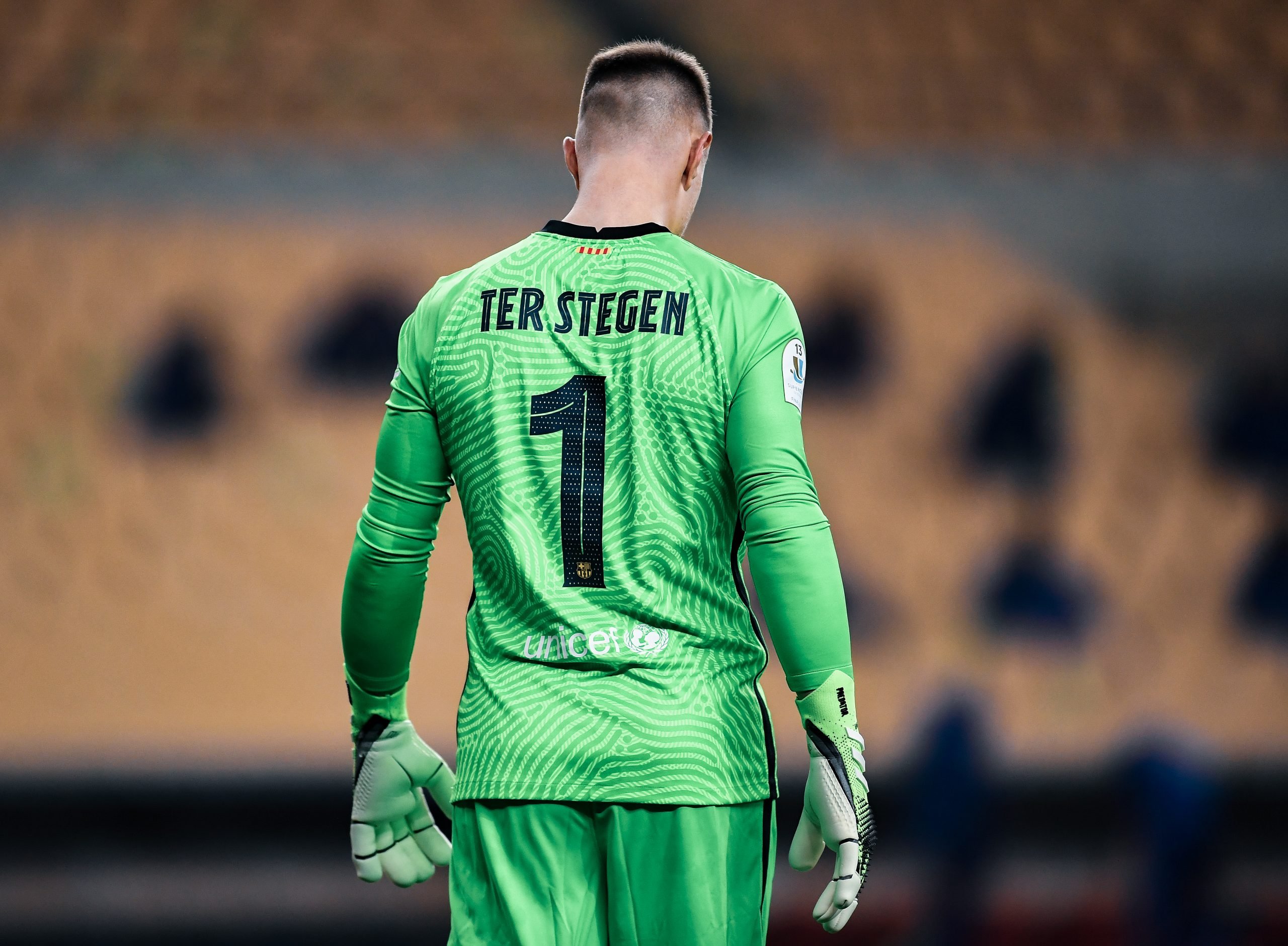 Hailed as Barcelona’s saviour not too long ago, Marc-Andre ter Stegen has, probably deservedly, been under heavy scrutiny over the last two odd seasons. His poor form is well documented throughout that period, which unsurprisingly clashes with his knee injuries.

The German shot-stopper went under the knife twice in as many years, missing the opening games of the 2020/21 and 2021/22 seasons.

Sixteen games into this campaign, though, his troubles are more transparent than ever. Ter Stegen has lost his pace and does not sweep the ball often. Nor is he proactive enough to collect crosses and set-pieces to prevent shots. Instead, he relies on his shot-stopping, which has cost him dearly this season.

A ternary plot depicting the qualities of goalkeepers from the top 5 leagues.

The bigger the dot, the more the post-shot expected goals per shot on target.

ter Stegen has the highest PSxG/SoT.

The other main takeaway from this ternary plot is the size of ter Stegen’s dot. It implies that he is on the end of the highest post-shot expected goals per shot on target (PSxG/SoT) — a statistic that measures the quality of shots a goalkeeper has to face.

We can deduct two things from ter Stegen’s PSxG/SoT size. Firstly, the defence has been consistently poor. They’re leaking chances from multiple different areas, and it’s hurting the goalkeeper.

Secondly and more importantly, though: ter Stegen is over-relying on shot-stopping. For a team like Barcelona that deploy a high line, the goalkeeper has to be on his toes all the time.

“Everyone talks about being good with the feet when it comes to goalkeeping at Barcelona, but I always say that the Barça goalkeeper should be the best in the world in terms of 1v1 duels, no one talks about that… It is more important than being a good passer.”

Manuel Neuer, Alisson, Ederson encompass that brilliantly for their respective teams. The keeper has to act like a defender more often than not, clearing the danger brought forth by teams breaking on the counter.

It is also clear that in the graph above, the goalkeepers listed in orange are more likely to have bigger dots. As football evolves creatively, the keepers remain most vulnerable.

Pep Guardiola has brilliantly countered that, though. Ederson’s PSxG/SoT is the smallest across the top 5 leagues, and for a simple reason — teams do not get the break against Manchester City.

Out of possession, their press haunts the opposition, choking the ball away within seconds of losing it. Similarly, City use tactical fouls to stop counter-attacks in its tracks. You can’t score if you don’t get to shoot, eh?

That said, ter Stegen’s shot-stopping, at a time, was among the best in the world. The former Borussia Monchengladbach-man was the perfect mould for a complete goalkeeper and continued to improve his game every season.

Barcelona have not touched 3+ xG in any game this season.

As the graph tells, Barcelona have been somewhat underwhelming on both ends this season. They have not managed to create 3+ xG in any game season and have already conceded ~2 xG in three different games.

Real Madrid have multiple games where they touch or cross the ‘2 xG conceded’ threshold, but Thibaut Courtois’ brilliant goalkeeping has rescued them numerous times. Moreover, it can be deducted through the lack of blue/purple dots that even in games where they concede chances, they manage to even the playing field with several of their own.

The same goes for Sevilla and Bounou. Barcelona, sadly, have not had the same luck despite having better games defensively.

On the face of it, the Catalan giants have conceded 22 goals from nearly 16 xG, while Madrid have conceded 16 goals from 22 xG. A stat like that does not tell the entire story, but it’s far from promising.

There is a conversation to be had about Atletico Madrid and Jan Oblak as well. Diego Simeone’s men have not had a single game even touch 1.5 xG conceded, but they hold the same record as Barcelona – 22 conceded.

After multiple seasons of unreal dominance between the posts, Oblak looks like a shadow of his former self this season.

The Slovenian ranks at absolute rock bottom for PSxG+/- (post-shot expected goals minus goals allowed) — the most advanced goalkeeping stat — in La Liga with -6.9. In layman’s terms, he has permitted nearly seven goals this season that should have, ideally, been stopped.

Expected goal difference (xG for minus xG against) per game in La Liga.

The problem with ter Stegen’s shot-stopping can further be classified through the xG difference (xG for minus xG against) in La Liga per 90.

Atletico sit on top of the pile with ~+0.70 xGD, which indicate they have been creating chances far more than they have been letting in. It almost sets Oblak’s underperformance this season in cement.

Barcelona follow in the same footsteps, though. With an xGD of nearly +0.52, it is clear that, on average, the Blaugranas do just enough to out-create their opponents. Poor goalkeeping steps into the frame, though.

Real Madrid xGD (~+0.60) is not too far off Barcelona’s, but Courtois’ mammoth efforts have helped them stay eight points clear on top of the league with one of the best defensive records in Europe.

If rumours are to be believed, Marc-Andre ter Stegen is set to start with the gloves for a few more years to come. Xavi has made it a point to defend his performances in every press conference, claiming he is still the top five goalkeepers in the world.

As such, one can only hope that this turns out to be a poor (extended) spell for the 29-year-old stemming from his continuous surgeries. If not, he could end up defining the rebuild that the new management is working on, but not in a way he would want.