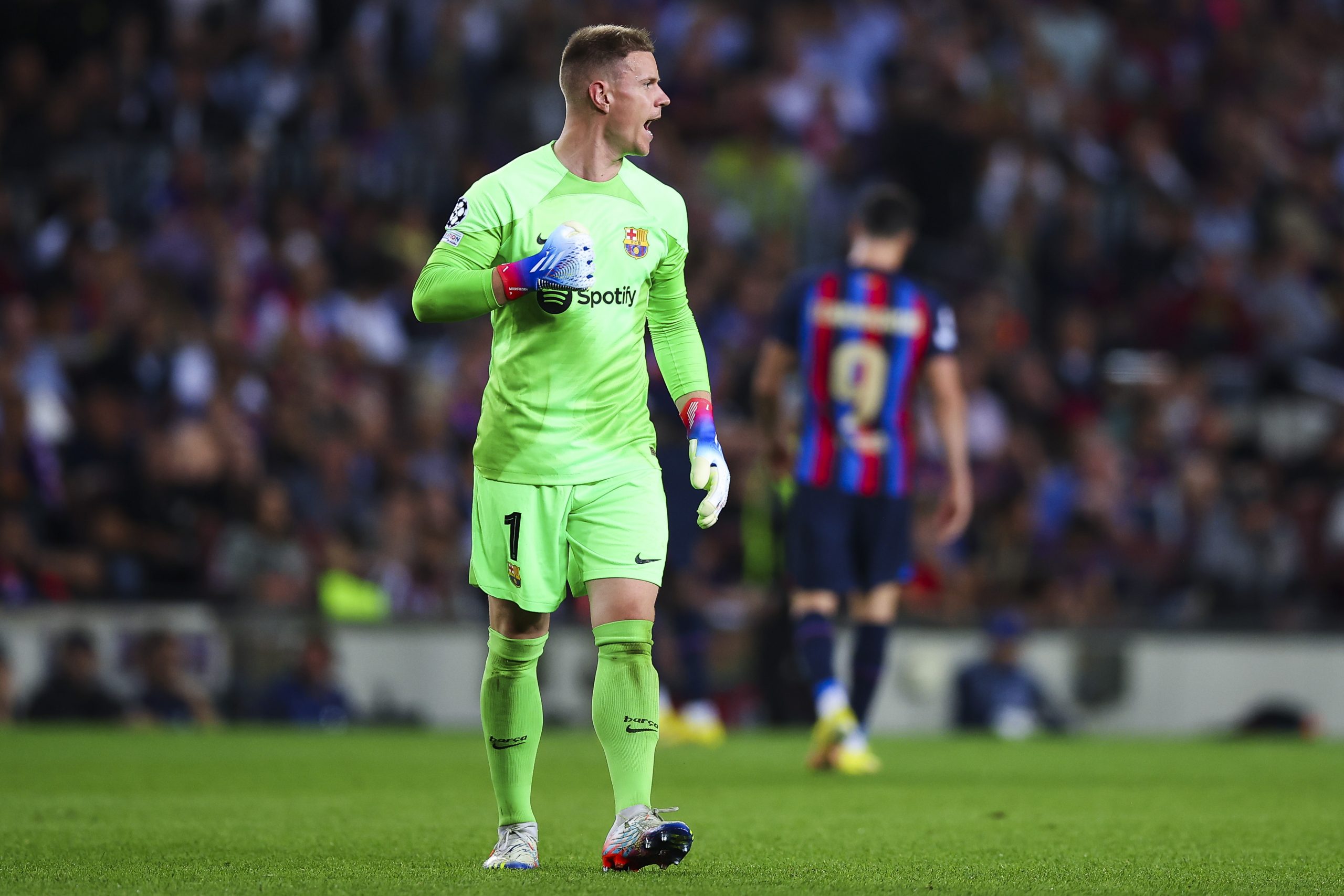 Speaking to BarçaTV, Barcelona goalkeeper Marc-Andre ter Stegen has claimed that the team needs to recover from the midweek disappointment and focus on winning El Clasico against Real Madrid.

Barça travel to the Santiago Bernabeu as they face their arch-rivals in a top-of-the-table encounter on Sunday afternoon.

The morale in the squad will have taken a hit after the 3-3 draw against Inter Milan on Wednesday. The result meant that the Blaugrana are left staring at the possibility of another group-stage exit from the UEFA Champions League.

And, ter Stegen has now insisted that it is important for Barcelona to regather themselves physically and emotionally before heading into the first El Clasico of the 2022/23 season.

“Now it’s time to recover, not only physically but also mentally, now we have another challenge and we must focus. We’ll face the match like always,” the German goalkeeper said.

Underlining the team’s aim for Sunday, the ex-Borussia Monchengladbach ace said: “We want to win the Clasico.”

In another interview with ESPN Brazil, ter Stegen was quizzed about how Barcelona plan to deal with the threat posed by Real Madrid’s wide-attacking duo of Vinicius Jr and Rodrygo Goes.

In response, the Barça goalkeeper jokingly questioned the interviewer if he had forgotten about Karim Benzema, as he said: “Is Benzema not there? Or you are from Brazil, so you ask about them?”

Ter Stegen later said: “In the past, we have found a suitable method, certainly special matches against this type of player who are fast like Vinicius.

“He has the quality so we have to find the right defensive combination and help each other to reduce his threat, we have to play with great combat and competition.”

The German shot-stopper also praised his teammate and ace striker Robert Lewandowski, calling him ‘phenomenal’ and hailing his all-round qualities.

“Obviously, it’s better to have him on your team than to play against. he gives us a lot. Especially in the moments of the game when we need a striker who can hold the ball, and win the ball high when they put pressure on us,” ter Stegen said.

“But also when we are attacking you can notice when he is on the field. Also for the other players who are defending him, this helps us a lot, he opens up a lot of space for others. He has phenomenal quality in front of goal,” he added.