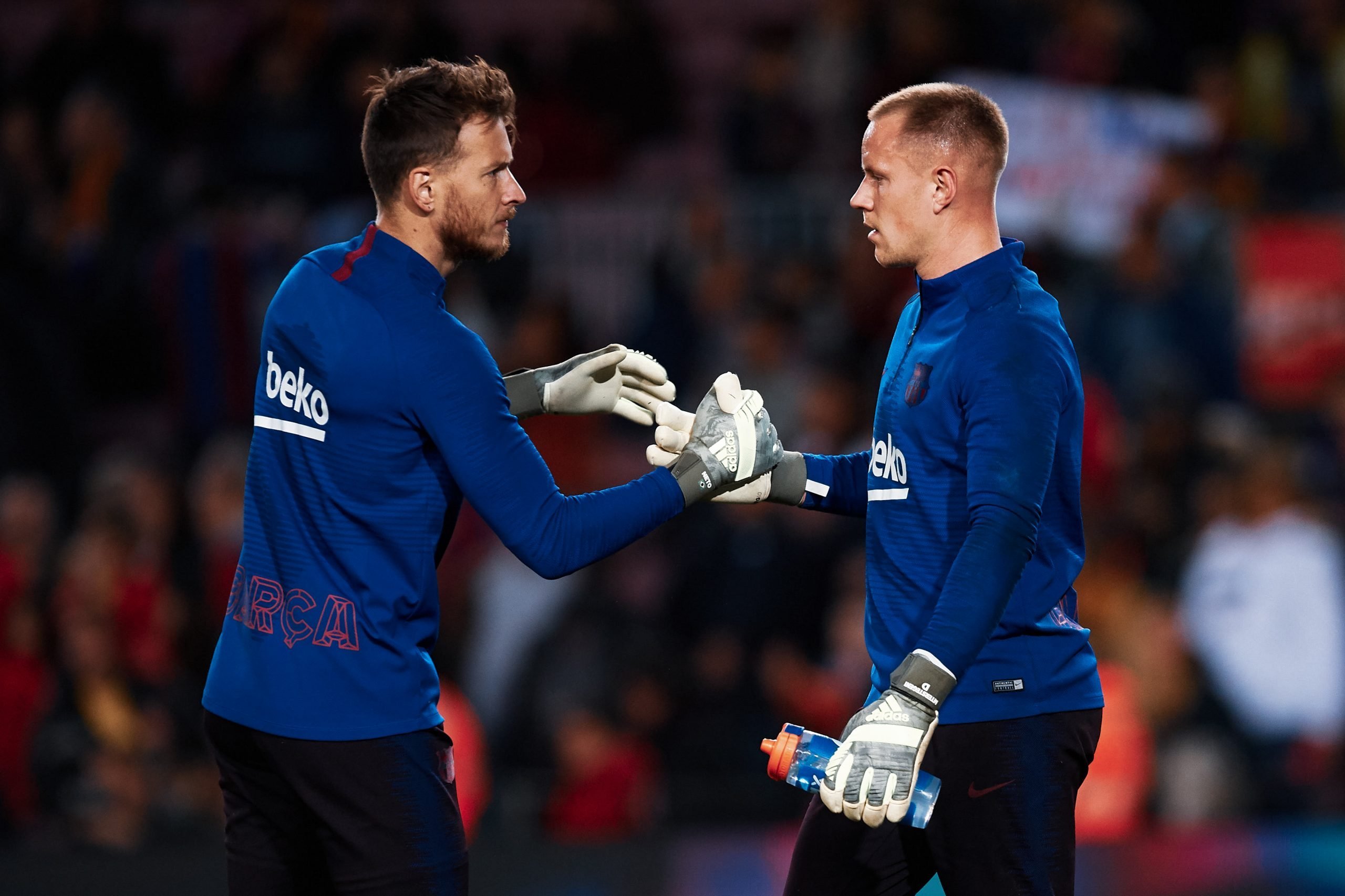 Goalkeepers often make or break their team’s matches. The difference between a superb goalkeeper and a mediocre one is subtle. Sometimes, it’s a matter of interpretation. On other occasions, it’s a matter of playing style. They require knowledge about their teammates and, more importantly, guide their defenders.

At Barcelona, the keeper often needs to play as well with their feet than with their hands. Keepers such as Andoni Zubizarreta, Victor Valdés and now Marc-André Ter Stegen have all proven this stereotype right.

The German is the current starter at Camp Nou, but his recovery from surgery halted his game time. The most recent memory of the former M’Gladbach goalie is the 8-2 drubbing in Lisbon against Bayern Munich. Truth be told, this memory is unfair for him and he has been superb for his club throughout his career.

During his injury, Neto took place in goal, and his show has been fun to sit through. Never utilised last year, Neto’s last meaningful game in 19/20 came in Saudi Arabia in January where Ter Stegen was injured. The Brazilian was shaky at the back and ultimately cost his team the game. Against Atletico in the Spanish Super Cup, Neto’s display was relatively low. He shipped three goals and, eventually, Ernesto Valverde left Camp Nou.

When the news broke about the German’s lengthy unavailability, Culés weren’t serene, calling for Inaki Peña to take his place instead of Neto.

However, Neto took on the role of Barcelona goalkeeper to perfection. Competent with his feet, Neto wasn’t as solicited in goal but did well whenever called upon. In his first two La Liga games, he kept two clean sheets. Also made great saves against the league’s best attackers. From Gerard Moreno to Iago Aspas, Neto was a wall in net for his side and frustrated them. And, yes, indeed, Neto conceded a few goals, but mostly from situations where he could not have done anything about.

No more the guarder of the Net-o? (Photo by David Ramos/Getty Images)

Conceding a header against Luuk de Jong, a penalty from Jaume Mata and another one from the spot against Sergio Ramos isn’t atrocious. Although Luka Modric’s goal in El Clasico is partially Neto’s fault, the game was dead at that point, and the Brazilian pulled many ridiculous saves during the game and was arguably the standout performer for the hosts. In conclusion, Neto was a worthy deputy for the injured ter Stegen.

With MATS back, does Neto return to the bench?

Well, this question may look redundant, but it’s actually quite pertinent. An elite goalkeeper on his day, ter Stegen had a lacklustre 2019/20, perhaps his worst season at Camp Nou. His season started with hard luck, letting in an overhead kick to Aritz Aduriz and ended with conceding eight goals. The 28-year-old completely froze mentally and succumbed, much like the whole team, to Bayern’s offensive power.

Letting in shots right, left and centre accompanied by woeful footwork wasn’t a great showing from the German, especially when Manuel Neuer was in the opposite net. In the league, the former Gladbach goalkeeper conceded the most goals in one season in his La Liga career. Compared to Thibaut Courtois, who was imperial between the sticks, ter Stegen allowed too many goals and wasn’t at his peak.

Moving away from the disastrous 2019/20, ter Stegen has to get chances under Ronald Koeman. The system changed utterly. Koeman’s side has conceded many opportunities, but not many dangerous ones. Neto had an excellent time in net partly because he wasn’t as exposed. When he was, however, he failed at times.

The prime example of this was Federico Valverde’s goal in El Clasico. The Uruguayan opened the defence with his well-timed run and Neto failed to sweep up the pass from Karim Benzema in time. He conceded the opener, but he could’ve done much better.

Benching ter Stegen for the Brazilian isn’t the smartest move ever. The German is still the club’s best asset in the goalkeeping department and was arguably their second-best player last season despite all the woes. A lousy season where the club was in a precarious political position is not the benchmark.

Back to take what is rightfully his. (Photo by Pau BARRENA / AFP)

In a structured eleven, there is only room for improvement for him, and at 28, he still might be astray from his peak. While Neto is a tremendous deputy, he does not warrant a spot over his German counterpart. Jasper Cillissen was deployed in a similar role for multiple seasons, and Barça reaped the rewards in the Copa del Rey, and the former Juventus goalkeeper should be given the opportunity to life the Kings’ Cup as well.