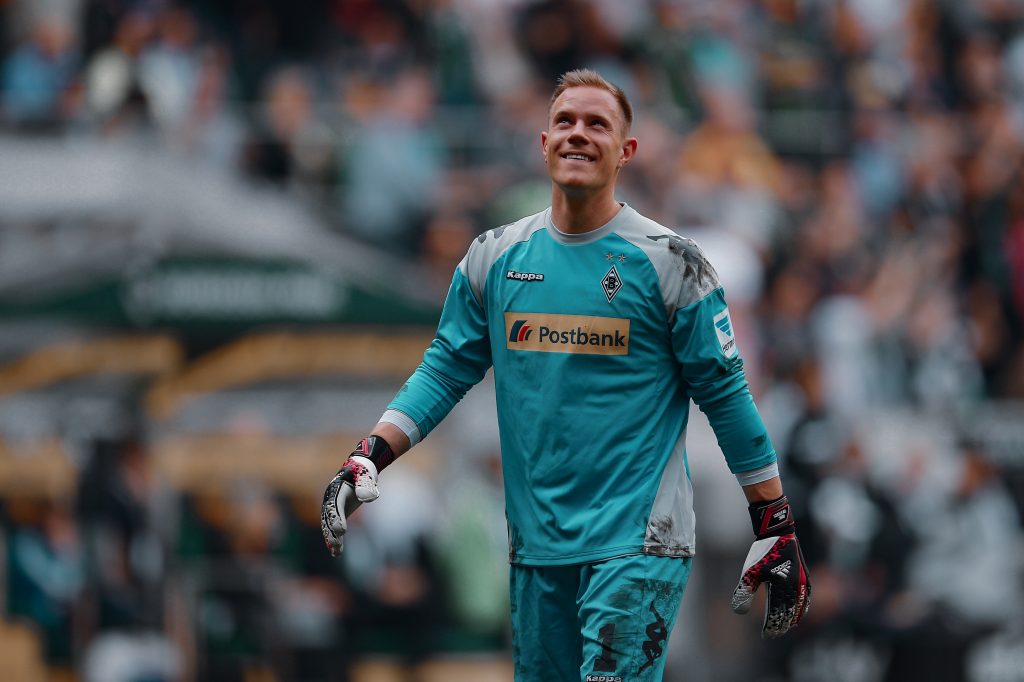 The Bundesliga is the first league amongst the big-five to restart since football’s unprecedented halt. With the German league aiming at finishing the 2019/20 season, many fans all over the globe are taking an added interest. And this gives us an opportunity to look back at the spell from Marc-André ter Stegen with Borussia Mönchengladbach.

Today, Ter Stegen’s name comes up in every discussion on the world’s best keepers. The German shot-stopper has come a long way in his career. From being branded as an error-prone flop to becoming a saviour on several occasions, Ter Stegen has seen a massive rise. There are many moments where he single-handedly kept Barça in the game. Making crucial saves, he now poses a deserving shot at being the German national team’s first-choice keeper ahead of Manuel Neuer. But now, let’s head back to his time in the Bundesliga.

Breaking into the first team

Ter Stegen graduated from Borussia Mönchengladbach’s academy. Playing at all levels for the German side, his name finally began showing up in the first team in 2010. In the 2010/11 season, he was frequently seen on the bench, while simultaneously starring for the reserve team.

As we all know, success comes to those who make the most of their opportunities. In football, breaking into the first-team as a goalkeeper is more challenging than one can imagine. Despite Ter Stegen producing excellent performances in the reserves, he was still behind in the pecking order. Belgian keeper Logan Bailly was Mönchengladbach’s first choice. However, things would turn in favour of the young German with Die Fohlen having a substandard season.

After picking up just 16 points in 22 games, then coach Michael Frontzeck was replaced by Lucien Favre. Despite improving the results, it was the goalkeeper Logan Bailly who was inconsistent. Both Favre and the fans were aware of Ter Stegen’s progress in the reserves, and the coach soon lost patience with Bailly, giving the young German his break.

With several eyes on him, Ter Stegen knew that he had to impress, and he didn’t disappoint. The entire defence seemed to bolster a never-seen-before rigidity, with Marc-André between the sticks. He kept four clean sheets in the last five games. Through this run of game-time, he produced several world-class saves notably against the eventual champions Borrusia Dortmund, helping his side secure a famous 1–0 win.

The following season, Ter Stegen would become Mönchengladbach’s first-choice keeper. He was given the no. 1 shirt, with Bailly being loaned out. From there on, things only got better for the current Barça man. Growing in confidence, he also developed a command on goal. At times he would even vocally assert his authority over the defence to make sure they weren’t out of position. He developed a rich understanding with the fans and was soon branded as one of the club’s best players.

Ever since the 2012/13 season, there were rumours of a transfer to Barcelona. The Catalans side were evidently impressed by the German and were looking for a long-term replacement for Víctor Valdés. Notwithstanding, despite tabloids reporting that he signed a pre-agreement with the azulgranas in February 2013, he publicly denied it.

He would stay for one more season with 2013/14 turning out to be his final one at his boyhood club. It is in this season where he produced his best numbers statistically. He averaged around 4.1 saves per game. He was confident while facing opposing attackers 1v1, and made an average of 2.1 saves in the penalty area, and 1.8 saves outside the box. Being a fan-favourite, he had an emotional goodbye on the final home game of that season.

He would join Barcelona in the summer of 2014 for a fee of €12 million. Despite not having the ideal start to his career in blaugrana colours, he managed to work hard and prove his worth. Injuries, individual errors, and inconsistency made him lose his starting position to Claudio Bravo. However, the German kept his head up and worked his way back to being the club’s first-choice keeper.

Today, Ter Stegen is a crucial part of the team. He has covered for the defence on multiple occasions, making unworldly saves to ensure the goal isn’t breached. At 28, despite not yet being Germany’s no.1, it is clear that eventually, Neuer will have to surrender his position.

A lot of Ter Stegen’s success amounts to his early days at Borussia Mönchengladbach, where he learned the importance of taking his opportunities. Judging by how things are going for him, there is no doubt that he will remain as Barcelona’s first-choice goalkeeper for years to come. If there is any position for the Catalans where they don’t have uncertainties, it’s the goalkeeper.