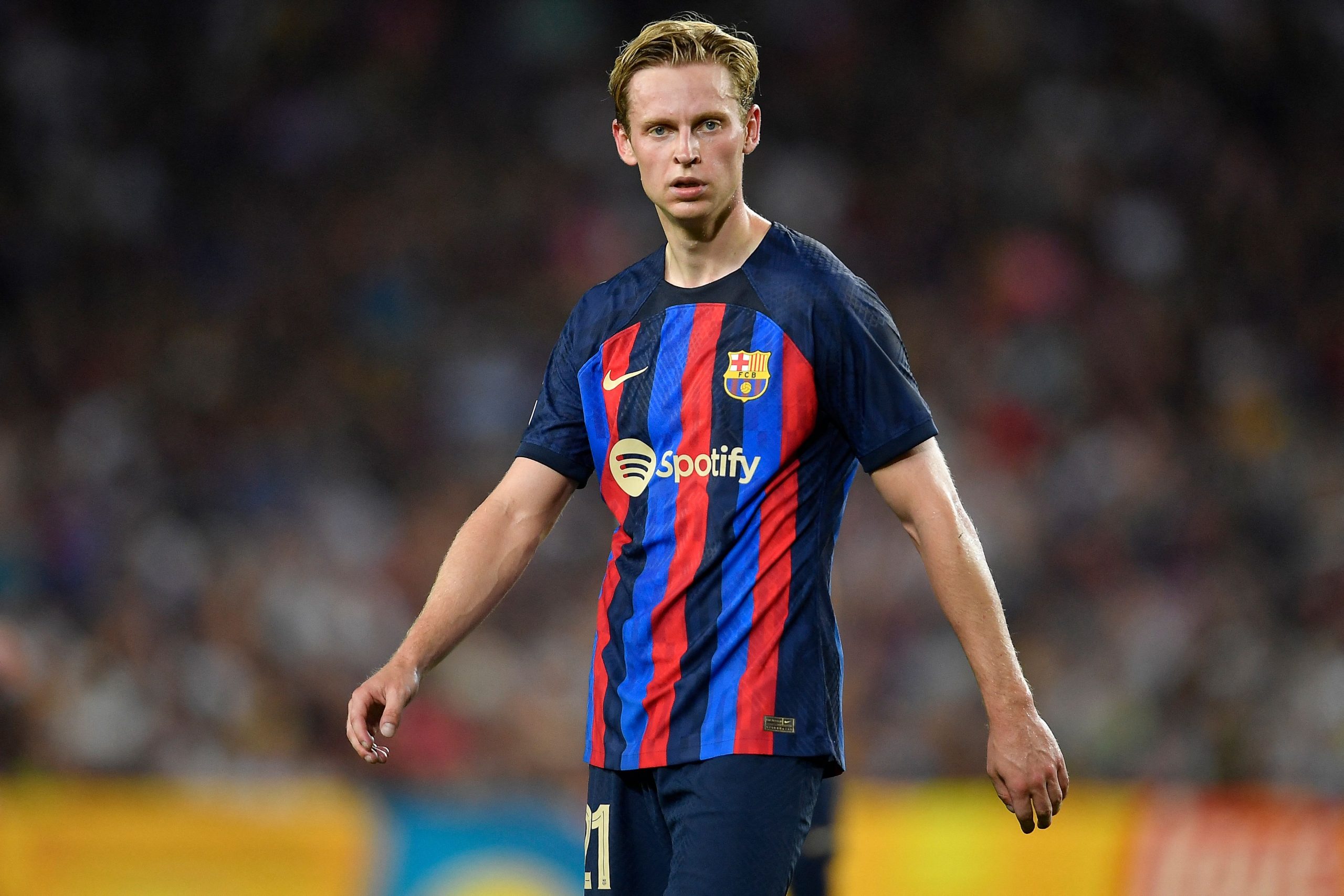 At one point, it seemed inevitable that Frenkie de Jong’s time at the Spotify Camp Nou would come to an end in the summer.

With Manchester United having their sights set on the Dutchman as their dream midfield signing, Barcelona’s unwillingness to pay the 25-year-old his deferred wages meant an exit seemed destined.

However, de Jong’s affinity towards the Catalan giants meant he stayed put, as United remained unsuccessful in their pursuit to reunite Erik ten Hag with his former colleague.

As per a report by SPORT, the Red Devils remain keen on the arrival of the former Ajax lynchpin, as they are plotting a potential bid in January for the midfielder.

Despite their interest, the red half of Manchester are aware that a transfer is more realistic in the summer of 2023.

Ten Hag considers his fellow countryman as the key puzzle in his jigsaw puzzle to make things click in his intricate tactical system to ensure his project takes flight.

As things stand, it is claimed that the situation between de Jong and Barça are ‘tense,’ despite the former’s decision to stay at the club.

Ultimately, the Eredivisie champion would be open to a possible switch to Old Trafford, if he becomes an irregular starter at his current side.

However, Frenkie de Jong and his partner are believed to still be loving life in the city of Barcelona.

In recent weeks, it has been reported that Xavi’s men are prepared to keep the player at the club, provided he agrees to reduce his wages.

While it was mentioned that the silky technician would agree to do so in order to continue his time at the Spanish side, it will be intriguing to assess how the situations pans out as time passes.