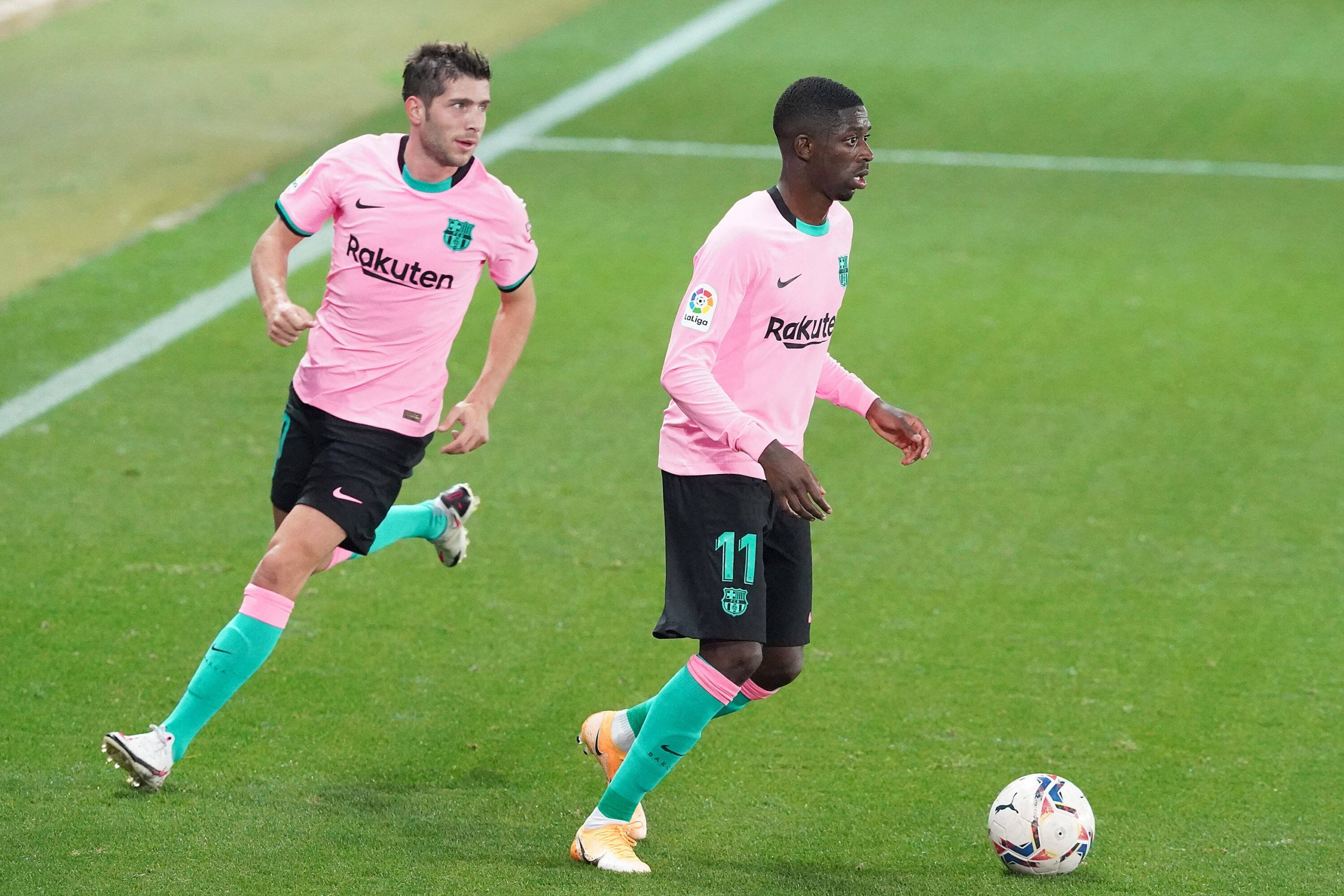 It seems like Premier League champions Manchester City are desperate to sign two players from Barcelona this summer. As reported by Cat Radio, the Cityzens are intent on securing the transfers of versatile star Sergi Roberto and winger Ousmane Dembele from the Blaugrana.

And, in order to push through a transfer, Pep Guardiola’s side have made as many as seven players for Barcelona to choose from as part of a swap deal for the duo.

Roberto is a player that Guardiola knows inside out, having handed the Spaniard his first-team debut at Barcelona. A promising midfielder back then, the La Masia graduate is a backup right-back now with a bleak future following the arrival of Emerson Royal, with Sergino Dest already ahead of him in the pecking order.

As for Dembele, the injury-riddled French forward is entering the final year of his contract with Barcelona and has shown very little urgency in wanting to sign an extension. So, even though the Blaugrana want to keep the 2018 World Cup winner at the club, they are open to the prospect of cashing in on him should he not put pen to paper on a new deal.

With both players staring at uncertain futures at Camp Nou, Manchester City are now willing to offer them an escape route. It is claimed that Guardiola is interested in the two players and even had a meeting with the Barcelona leadership over the possibility of a transfer while on holiday recently.

To make the deal happen, the Premier League champions have put the names of seven players on the table for Barcelona to choose from. Some of the names that have been offered are Raheem Sterling, Joao Cancelo, Bernardo Silva and Aymeric Laporte.

Among these, both Laporte and Sterling have been linked with a move to Barcelona recently. The former can be a vital addition to the Catalans’ backline while the latter would be a direct replacement for Dembele in case he leaves. It will certainly be interesting to see if Joan Laporta & co. consider City’s reported proposal this summer.