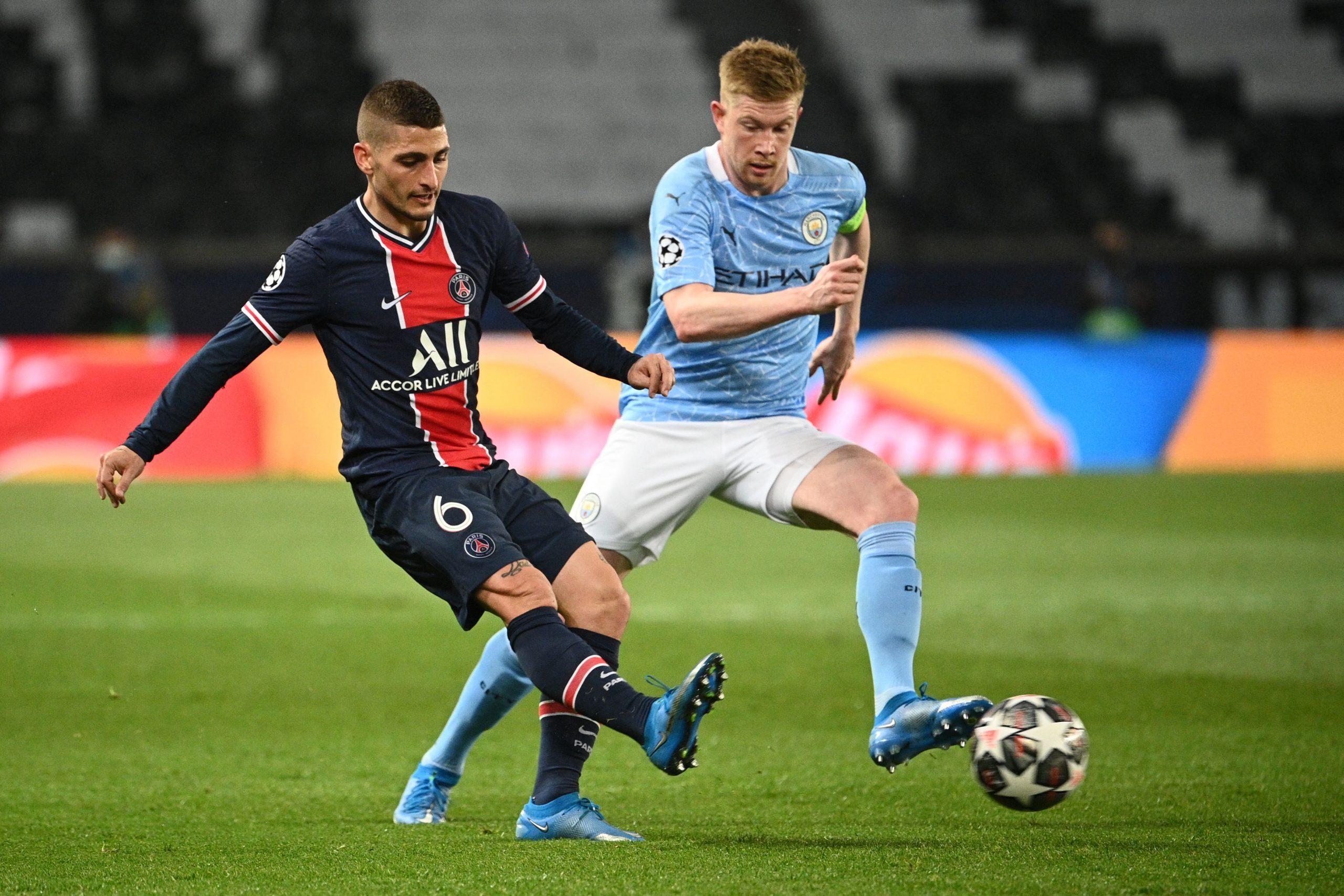 The Portuguese international had been linked with a move to Camp Nou last summer but no move materialised. Having stayed put at the Etihad, he has enjoyed a fine season with the Premier League champions.

In 47 matches across all competitions this term, Silva has amassed a tally of 13 goals and six assists. But the midfielder offers much more than just goals and assists, with his industry in the middle of the park and his ability to glide past opponents from midfield.

These qualities have made Silva an appealing target for Barça, who could have to look for a new interior midfielder in the summer amid lingering question marks over the future of Frenkie de Jong.

However, a report from Mundo Deportivo claims that Silva is not the top target for Barcelona for the position. It is claimed that the Blaugrana’s ‘dream targets’ for the midfield are Silva’s Manchester City teammate Kevin De Bruyne and Paris Saint-Germain mainstay Marco Verratti.

De Bruyne, 30, has established himself as one of the best midfielders in the game since his move to Manchester City back in 2015. The Belgian international has been one of the chief driving forces behind the success that the Cityzens have achieved under Pep Guardiola.

Verratti, meanwhile, has been with PSG for close to ten years now and has been dominating the footballing scenes in France, while also impressing on the continental stages and shining for the Italian national team as well.

The 29-year-old has been on Barcelona’s radars for years, with the club trying to sign him on multiple occasions, especially in 2017, when they were intent on bringing Verratti.

While both De Bruyne and Verratti remain high on the wishlist at the Barcelona offices, the club are aware that signing the duo from Man City and PSG, respectively, will be an ‘impossible dream’, given how valued the pair are at their respective teams.

Silva, as a result, is considered the most feasible option, although it remains to be seen if the Blaugrana can convince City to part ways with the Portuguese star.