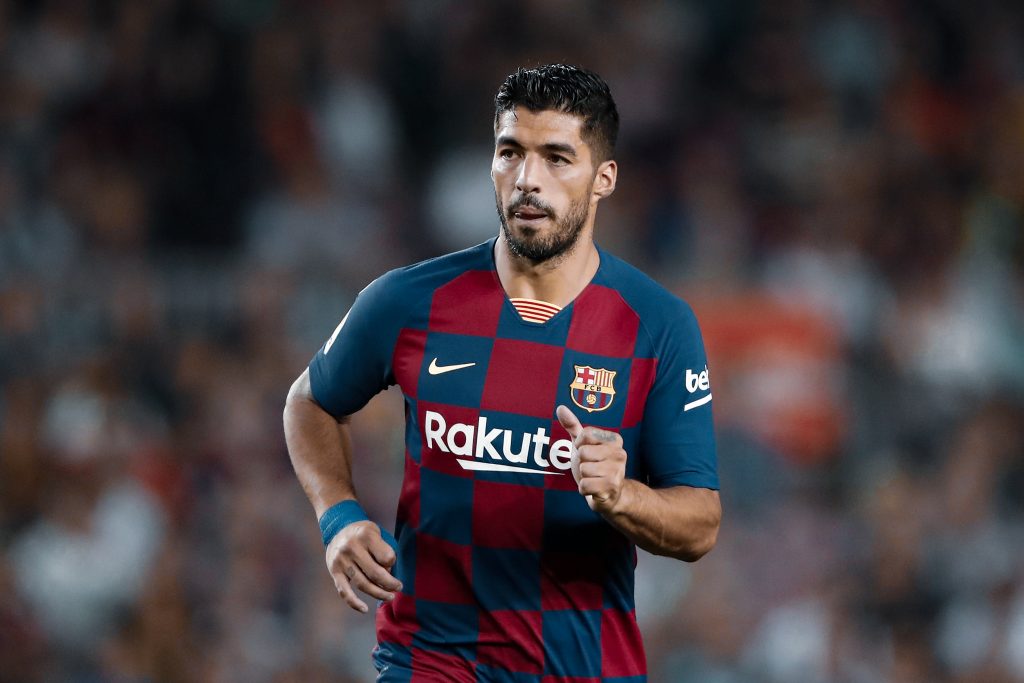 As Barcelona return to La Liga action with a trip Mallorca, and with the form of the players still to be seen, what should Quique Setién’s line-up be for Saturday evening’s clash?

After nearly 100 days gone by, Barcelona, at long last, head into matchday 28 with a challenging opposition awaiting them at Son Moix. Although RCD Mallorca may be sitting below at 18th position, they will aim to pose a threat at home turf and redeem themselves after already getting battered at the Camp Nou earlier this season.

Barça failed to end their last fixture against Real Sociedad in a convincing manner as the club salvaged a scrappy 1–0 win with Lionel Messi’s penalty being the only goal scored. However, a lot has changed since then. Quique Setién has various options to choose from and will be delighted with the return of key player, Luis Suárez.

Familiarising to new surroundings and being able to retain that long lost rhythm will be a daunting task for every player. Nonetheless, with the quality in Barça’s line-up, easing to victory should be no unthinkable task. The following players could prove to be quintessential to Barça’s success in their return fixture away at Mallorca:

There should be no doubts regarding Ter Stegen’s inclusion as his shot-stopping ability, composure on the ball and ability to help Barça play out from the back make him the ideal first choice keeper. Despite having to pick the ball out of Barcelona’s net on various occasions, his importance to the Catalans will always be unequalled.

Right-back Sergi Roberto has shown incredible improvement since last campaign and has had various matches where he has excelled in the full-back position. While many would argue that Nélson Semedo’s addition would be more beneficial for the blaugranas, there is no denying that Sergi has been the most consistent right-back for the club and has had a far greater output in attack. The Portuguese’s recent performances under Quique have been worthy of commendation, but Roberto would undeniably be a safer option with his experience playing a massive factor.

Gerard Piqué has been one of the most consistent starters for the club and would be delighted to have enjoyed a less demanding schedule in these last few months. His worth to Barcelona has often gone unnoticed as people like to focus on him only on his off days, but, without a shadow of a doubt, he is enormously pivotal to Barça’s backline and will have a massive role today for Quique Setién, who tends to build his plays out from the back. Gerard’s recent form had been astonishing, though what remains to be seen is whether he has lost his hard earned rhythm, or if he’s still carrying his intent forward.

Although Clément Lenglet seems to be far more reliable than his French compatriot Samuel Umtiti, Setién is limited with choices as the former Sevilla man is currently suspended for the game. Umtiti’s distribution on the ball, anticipation and technicality still make him a solid centre-back. However, in order to bring balance in Barcelona’s backline, his positioning and connection with Piqué will have to be firm.

❛ Umtiti is doing well, but he lacks rhythm compared to his teammates ❜

Quique Setién
in the pre-match press conference before visiting Mallorca

Jordi Alba had countlessly fallen prey to injuries and was certainly not as impressive as he was in his previous campaign, but on his day, he is one of the best left-backs in the world. The 31-year-old’s pace and width on the left flank could give Barça a huge boost, and considering Barcelona’s lack of options in that area too, Jordi Alba’s inclusion seems imminent.

Sergio Busquets has been one of Setién’s most prized possessions ever since the manager arrived in January, as he has been exceedingly reliable playing the single pivot role. If Barça long to achieve the three points today, Sergio will once again have to act as Barcelona’s backbone.

The Barça B youngsters, with Riqui Puig, Álex Collado, Monchu Rodríguez, Ronald Araújo as well as goalkeeper Iñaki Peña all called up, will be hoping to be used as one of the five available substitutions | Photo by Manuel Blondeau / Aop.Press via Imago

Under Quique Setién, Frenkie de Jong has lately struggled to perform in a more advanced role, though he certainly has the potential to thrive as an interior if the coach plays his cards right. As seen against Real Betis, away from home, the Dutchman possesses the ability to break the lines and burst forward. Considering he has had the second most deep progressions after Lionel Messi in the squad and is arguably Barça’s most harmonious midfielder, there should not be much debate regarding his incorporation.

Setién confirmed Arthur Melo’s fitness levels are up to par and that he will be ready to feature against Mallorca. Therefore, Arthur should definitely be a contender to start, especially since he can singlehandedly decide the tempo of the game with his distinguished style of play and extraordinary skills on the ball. Whilst his lack of stamina and discipline may sometimes be a subject of concern, with Arturo Vidal and Iván Rakitić at times preferred by Quique, the Brazilian maestro is one of Barça’s key figures.

Lionel Messi, after enjoying a long time off, will be anxious to get back on the field and continue implementing his excruciating methods against oppositions. Notwithstanding, despite being the most obvious selection in the XI, the Argentinian suffered a few hiccups on his return to training, thus him playing the full 90 minutes currently does not seem guaranteed.

Luis Suárez’s reintroduction to the squad is highly possible as the Uruguayan recently received the medical green light. While it is apparent that he won’t yet be able to complete the full 90 minutes, it will be interesting to see him finally work under Quique’s guidance. Even after scoring that extraordinary backheel goal against the Los Bermellones, there’s no assurance whether the gunman isn’t hungry to create more unforgettable memories.

Life at the left wing has not been easy for Antoine Griezmann, but little by little, he seems to have shown improvement and signs of adaption. Providing width and stretching defenses might not be his cup of tea, even so, his work ethic and ability to pinpoint gaps in defenses often make up for those aspects. Although Ansu Fati and Martin Braithwaite may provide width to Barcelona’s static attack, Griezmann’s experience would be in high demand tomorrow, especially since players would still be looking to shake off the rust.