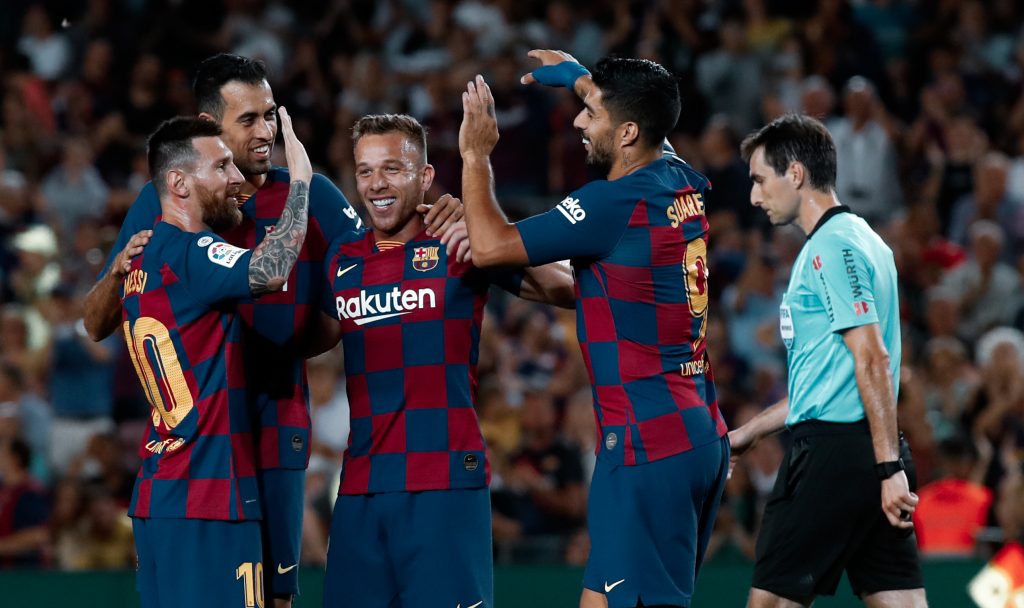 Barcelona finally return to the football pitch. With more than three months out of action, can the Catalan club dust of its rustiness to show its class? Here’s the preview of the match between Mallorca and Barcelona.

After exactly three months and six days, Barcelona return to action in La Liga. It has been like an eternity since the culés last saw their team play in a competitive game. The world was a different place when fans last witnessed the Catalan club in action. The players, coaches, staff and the people in general have been through a lot, and football returning is a sign of positivity amidst this chaos.

Barcelona travel to the Mediterranean island of Mallorca, their first trip there since November of 2012. Both sides are out of action, with little match practice, so the form and the table ranking hardly matters coming into the clash. However, the result of the game will immensely affect their journey towards the rest of the season.

One of the major concerns for both the managers would be to keep their squad injury-free at the end of the match. The sudden increase in the intensity of play might affect the players who have been training in groups for only a few days now. As seen from Thursday’s Seville derby, the footballers will be a bit rusty, misplacing a few passes here and there. Nonetheless, with a proper system in place, these little hiccups would not be a concern to the coach.

What to expect from Mallorca?

The newly-promoted side has struggled this season, with their limited budget and quality. But the one place they have not struggled is at their home stadium. They have six wins and have amassed 20 points at Son Moix, now renamed as Visit Mallorca Estadi. With their compact ground, closeby and energetic fans, they have managed to get some upsets along the way. Now, they definitely will feel the void without the fans supporting them and keeping the atmosphere insane.

Vicente Moreno has been the manager of the Bermellones for the last two years, and the things they have achieved in this small period is immense. He sets his team up in a 4–4–1–1 or 4–2–3–1 or a variation of these formations. They try to remain compact in defence and attack through the middle. If they score an early goal, they are more than capable of protecting it.

Mallorca doesn’t have any new injury concerns from the break, but their long term absentees are still out. The five substitutions rule can come to their rescue when they try to defend deep with energy. Mallorca currently sit at the edge of the relegation zone, and a positive result here might help them in the process of getting out.

Barcelona have not been perfect under Quique Setién despite showing some improvements in certain areas. The Cantabrian did not have a proper preseason to dish out ideas and implement them on the team. But with three months without the game on the pitch, he must’ve figured out what’s best for the team. New formation or a new role for a player, it will be interesting to see what Setién pulls out of his hat over the break. Although, with merely a couple of weeks of group training, fans should expect the changes to be transitional rather than abrupt.

One of the significant encouragements for the manager is the return of Luis Suárez from injury. The Uruguayan has not played under the new manager and having a proper striker will be a breath of fresh air, after lacking significantly in finishing. With Suárez in the squad, Barça now have too many players who occupy the central areas and little players capable of being threatening on the wings.

Almost every footballer in the squad is injury-free now except for Ousmane Dembélé, who even if fit could not play in La Liga. The only first-team player really missing the game is Clément Lenglet with a suspension. Luis Suárez, Jordi Alba and Samuel Umtiti are at a risk of suspension with four yellow cards each. Winning the game is now a necessity as the title race is neck to neck, and dropping wayward points will hurt in the long term.

Under normal circumstances, the game between the first and eighteenth in the table must be easy to write off. With no fans, no considerable home advantage, and no form to judge, it is anyone’s game. Notwithstanding, the significant difference in the quality of squads shifts the game automatically in the blaugranas‘ favour. My prediction is 1–4 for the Catalans.