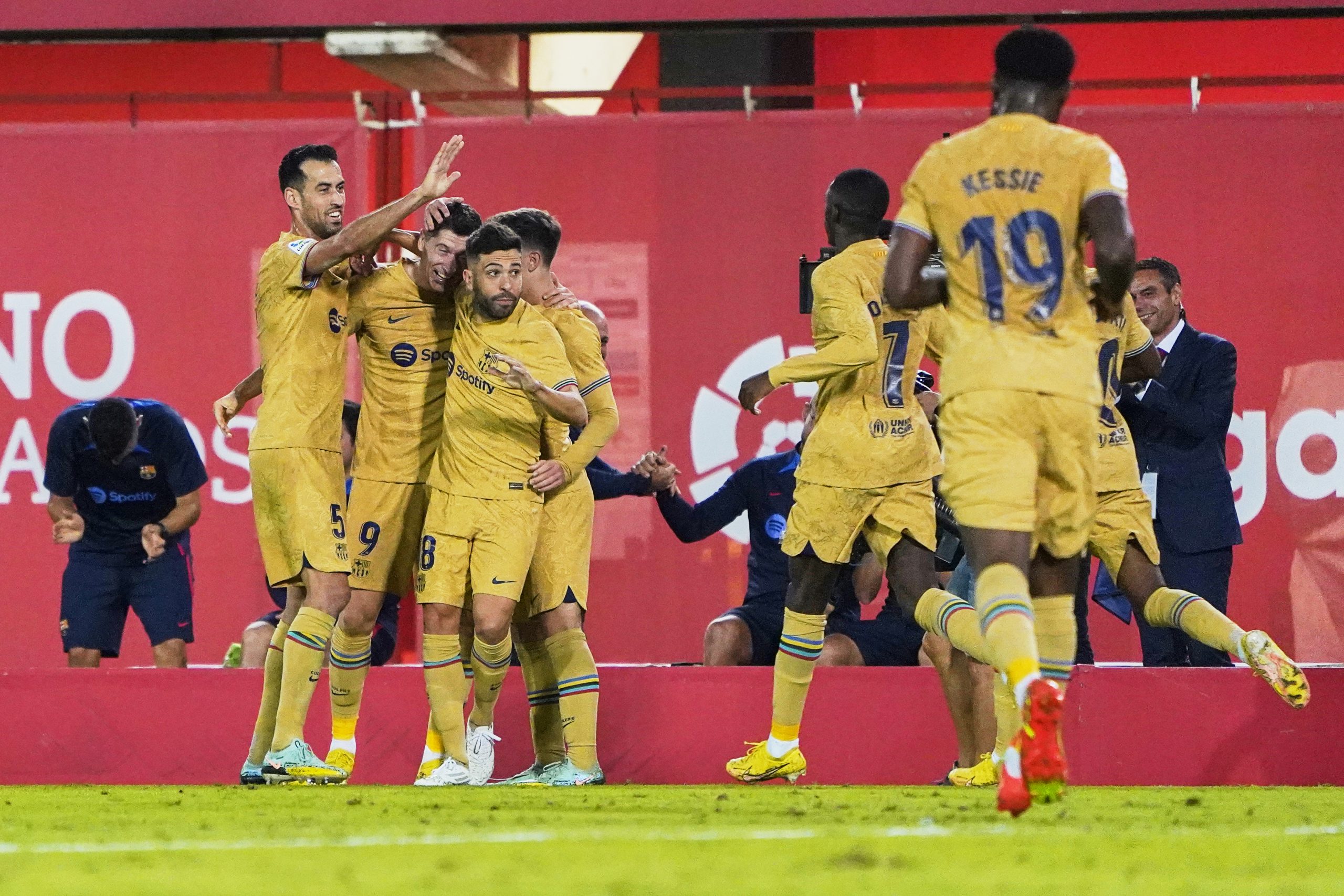 Barcelona’s league season restarted after the international break with a game at Iberostar Estadi on Saturday night. Their opponents and hosts on the night were Mallorca, a team over whom the Catalans boasted of a nine-game winning streak in recent meetings.

Xavi Hernandez shuffled his deck on the night and made changes across the field. While some rotations were made while keeping the hectic schedule in mind, he was obligated to make some changes owing to the injury crisis.

Alejandro Balde started the game at right-back, with Jordi Alba deployed at the other full-back position. In central defence, Xavi opted for a duo of Andreas Christensen and Gerard Pique.

Franck Kessie got a deserved start at San Moix in place of Pedri, who was rested. He played alongside Sergio Busquets and Gavi in midfield. Meanwhile, Ansu Fati started the game on the left wing, with Ousmane Dembele and Robert Lewandowski completing the outfield.

The first big chance of the game fell to the hosts in the 11th minute when Mallorca’s corner fell straight to Inigo Ruiz. However, his shot went above the bar.

Over the next ten minutes, Barcelona grew into the game. By the 20th minute, the visitors were up by a goal.

Quite unsurprisingly, it was Lewy who scored the opener for Barcelona. Truth be told, his effort was a thing of beauty. After some wonderful link-up play by Fati, the Pole received the ball on the left of the Mallorca box. With a slick pullback, he wrong-footed Valjent and released a perfectly placed shot into the bottom corner.

Mallorca had a golden chance to equalise in the 35th minute when Sanchez’s cross fell into the path of Costa right in front of the goal. However, Marc Andre ter Stegen stepped up and pulled off a save from point-blank range to maintain his team’s lead.

Matters heated in the closing minutes of the first half. Andreas Christensen, Gerard Pique and Franck Kessie were booked within five minutes for rash challenges. Nevertheless, the Catalans walked into the dressing room with one goal to their name and a strong display under their belt.

Mallorca made a strong to the second half and had two big chances in the opening five minutes. Yet, they squandered their chance and allowed Barcelona a breath of relief.

Pedri and Raphinha came on for Kessie and Fati in the 67th minute.

While the visitors dominated proceedings in the second period too, Mallorca posed a constant threat with their counterattacks. Ferran Torres and Sergi Roberto came on in the 80th minute for Ousmane Dembele and Jordi Alba, respectively.

Mallorca made a late flurry of attacks in the final minutes of the game but found no way through the Catalan defence. Kang In Lee arguably had the best chance of the game and almost equalised in the 89th minute.

The game eventually ended in a sixth league win for Xavi’s men. They will return to action on Tuesday night when they take on Inter Milan in the UEFA Champions League.