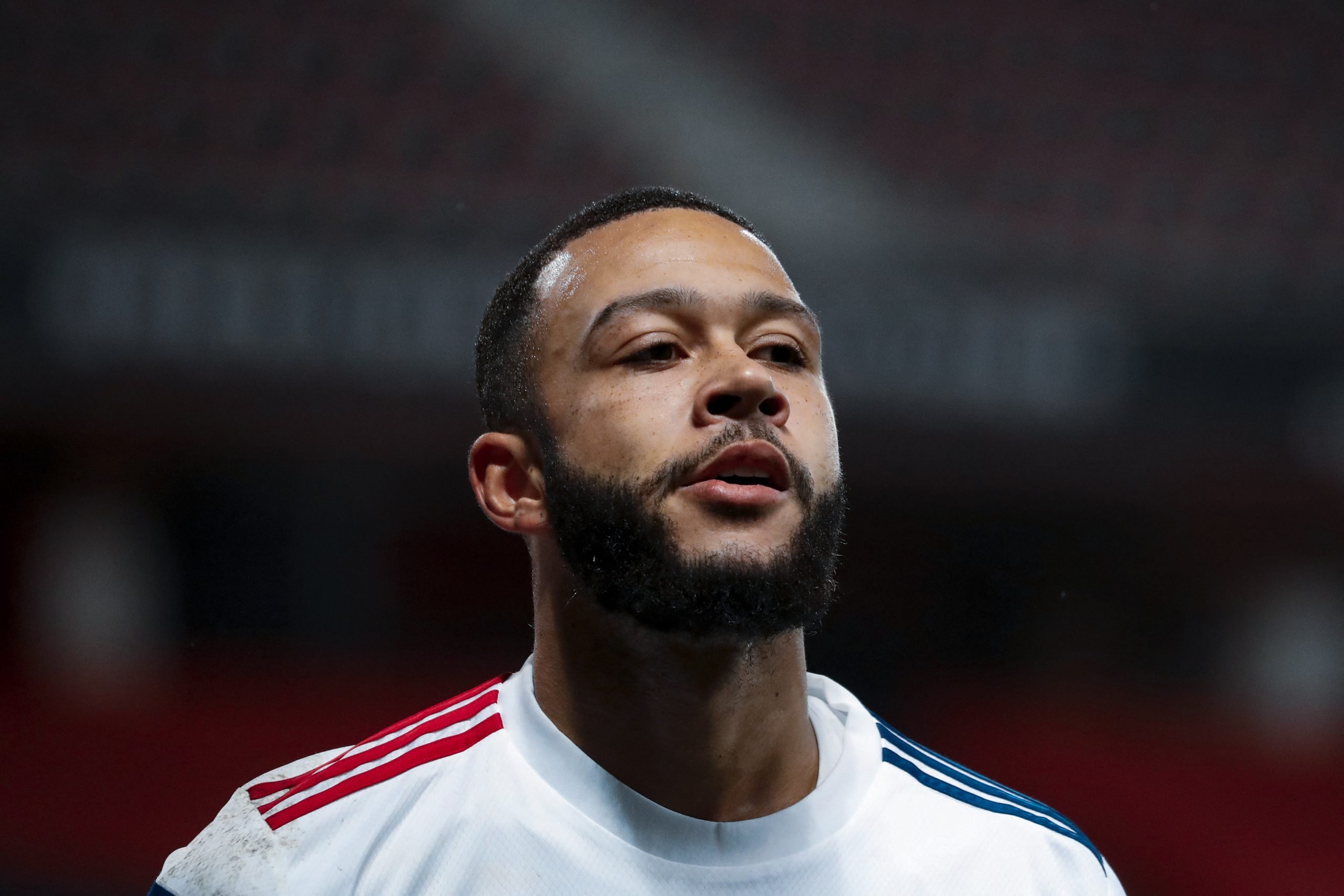 Roll a few months back, and anyone who follows football would remember Barcelona’s club captain Lionel Messi pushing for a transfer. It was at this point that they hurriedly looked for a replacement who could plug some part of the giant hole the petite virtuoso would leave, and one of the names closely linked was Olympique Lyonnais’ Memphis Depay.

Lyon had just come off a spectacular Champions League campaign where they reached the semifinals and beat some of the favourites along the way including Pep Guardiola’s Manchester City. The French club’s captain had a huge role to play in the same. He had just a year left on his contract so he would come cheap, and interest from the Blaugranas was very well covered.

If you asked the Dutchman where he would be at that point, he would surely be dreaming of the city of Barcelona, playing under Ronald Koeman, a man who helped him reignite his career post a low-key disastrous stint with Manchester United. As the window went on, the rumours fizzled out, and Depay eventually stayed put.

How the situation transpired must have definitely been disheartening for the Dutchman, but he did not let it reflect in his performances. He began his Ligue 1 campaign with a sensational hat-trick and has not looked back since. In 12 starts, Depay has eight goals and has set up his teammates four times. He is the French league’s 3rd highest scorer, sitting behind Paris Saint-Germain’s wonderkid Kylian Mbappe and Stade Reims’ Boulaye Dia. Safe to say, the 26-year-old continues to ply his trade efficiently and effectively, while probably keeping the dream of the Garnet and Blue alive.

It is therefore pretty shocking to see that Lyon’s captain, their main man, has been made available for just a measly €5 million in the January window. While he does have only 6 months left on his contract, an amount so minuscule is rather unheard of in the current scenario, no less for a player of his stature. This has rekindled Barcelona’s interest in him, hoping the Dutchman could turn their disastrous start to the season around.

So, should Barcelona go for Depay?

13 games into the season, Barcelona look very shabby. While Lionel Messi did end up staying, he is not racking numbers like before; scoring six times in 12 starts in La Liga. Those numbers are far from poor of course, but they are not exactly Messi-esque. In such a scenario, it would be expected that the other attackers would step up to the plate but that has not happened.

The club’s top scorer in the league is still Lionel Messi, followed by youngster Ansu Fati with four goals — who has been injured since early November after the match against Real Betis. Stalwart Antoine Griezmann has been a regular but has contributed to a total of five goals but has still looked unconvincing at times. Emergency winter window signing Martin Braithwaite has been a regular lately at left-wing but has only scored once.

Ousmane Dembele’s injury problems and Philippe Coutinho’s inconsistency remain hard to knock off, and the club surely can’t expect youngsters like Pedri and Francisco Trincao to shoulder such a huge responsibility.

Meagre returns from the attackers would be manageable if the defence stepped up, but that has not happened either. Injury to Gerard Pique means Barcelona are left with two youngsters, and unlikely heroes in Ronald Araujo and Oscar Mingueza. At the same time, Clement Lenglet who has surprisingly been very unimpressive off late fights for his spot. In such a scenario, it becomes imperative of the club to make a January signing. With Memphis Depay available for pennies, it is a decision that can become very easy to make.

Depay is a very versatile and skilled player and is comfortable as a left-winger, as a 10 or an out and out striker. The heatmap below highlights his active areas — showing that he is equally adept playing as a left-wing or centrally. His versatility and dynamism make him central to the Lyon attack, and he often drops between the lines and creates chances as well. Boasting of a spectacular right foot, he tends to cut in and looks to shoot when deployed on the left. Lyon manager Rudi Garcia often gives Depay a free role, giving him full freedom to make his own decisions in attack.

While technically a strong player, Depay doesn’t lack in the physical department and has the ability to hold players off and use his strength to make way, but prefers the technical side of things. He will also put in a shift in games, and is a hard worker, something Barcelona could do with as their defends are often left without help.

With Barcelona seemingly toothless without Messi contributing to 40 a season, Depay could come as a boon midway through the season. Ronald Koeman has looked to employ a 4-2-3-1, and Depay could slot in seamlessly in this formation, having played in the same with the Dutch National team. Currently, Martin Braithwaite seems to occupy the left wing with injuries to Ansu Fati and Dembele, but if Depay does sign, this is where he could be most effective.

While Ansu Fati was very impressive, it would be harsh to shove such responsibility solely on to a youngster, that too after a long injury break. Braithwaite, for all his hard work, is far from an adequate solution, with his finishing not up to the mark.

If Koeman chooses to, Depay could also play centrally, alongside Messi or Griezmann. In such a scenario, the left-winger would have to be Pedri, until his youngster in cahoots Fati returns. Pedri has looked impressive whenever he has started, playing in a variety of positions, including as a central midfielder and as a 10, but in this position, with less of a burden, the youngster could really impose himself in the team. When Ansu Fati does return, he could be eased in and given time to recover.

Depay’s creative prowess and willingness to take on the role as the main man could also bode well for the future as Messi might look towards greener pastures when his contract does expire. Additionally, the former Manchester United sensation has a strong relationship with Koeman, which could bode well to increase the chemistry. The Dutch connection already shines through with Frenkie de Jong, and with the addition of Depay, maybe Koeman could bring about the strong string of results he needs to avoid the sack.

Simply put, an opportunity to sign an attacker like Memphis for €5 million is simply too good to pass on. If Barcelona were to wait till the end of the season, there might be other clubs lurking for him, and who knows, he might even extend his stay at Lyon. Barcelona’s start to the season has been miserable – but it is not too late to turn things around.