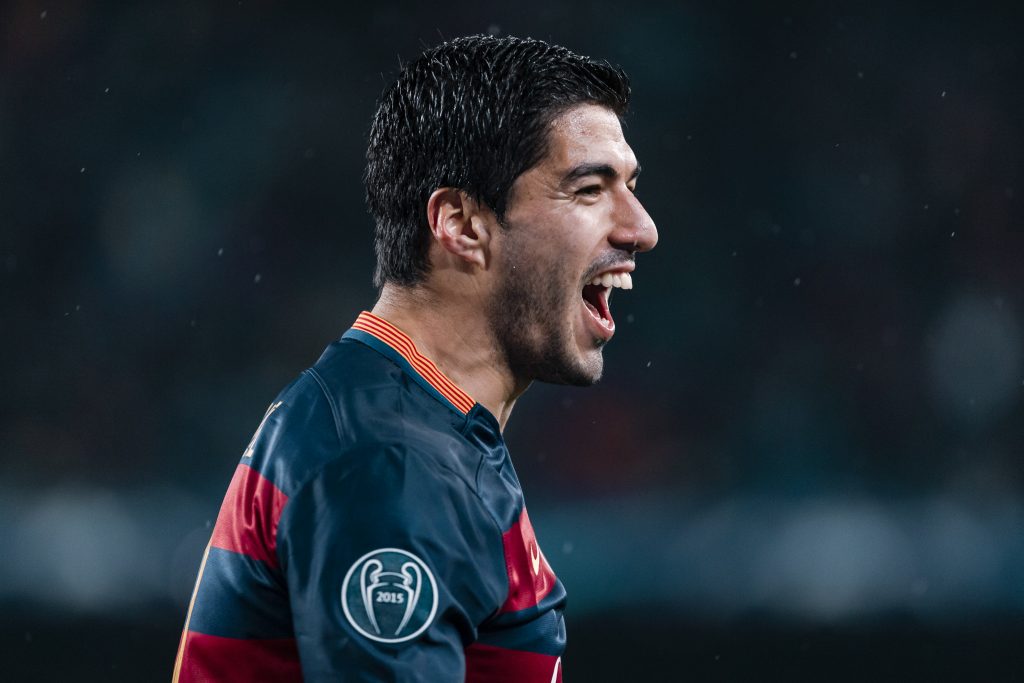 While Lionel Messi and Cristiano Ronaldo always focus most of the discussion, in the 2015/16 season a superhuman striker deserved all the attention: Luis Suárez.

Lionel Messi and Cristiano Ronaldo’s duopoly in the past decade will be a topic of conversation for many years. The two pushed the boundaries known to man and made the history books all about themselves. “Be blessed to have been fortunate enough to have been born in the same era as Messi and Ronaldo” is a famous saying, but that begs the question, are the other special players who have been residing in a shadow cast by the two also fortunate?

Such is the case with El Pistolero. Luis Suárez, arguably one of the most talented players of the decade behind the Argentine, will also go down in the history books, but one question will forever linger: could he have been something more, had he been born a few years earlier or a few years later?

In this article, we will not be discussing this thesis, though. Instead, we will be looking at a season where Luis Suárez was arguably the best player in the world.

Suárez’s second season at Barcelona was arguably the greatest season a striker has ever had, even greater than his own 13/14 campaign. The Uruguayan ending the game with at least two goal contributions to his name was a given. Defenders trembled at the sight of Luis warming up. Messi was injured during the season, and the number 9 seized the opportunity to take the helm of the Catalan ship.

It is important to appreciate the beautiful irony in the fact Suárez was more than just the numbers while playing in a position that was most associated with numbers. Midfielders can’t be reduced to numbers, as their ability to dictate the tempo and vision has no metrics. A winger’s ability to widen the pitch to create openings has no metrics. So when a football enthusiast is asked about a position on the pitch they believe can be best judged by numbers, the answer will nine out of ten times be striker.

Of course, the traditional striker has grown into a more advanced role with different types of strikers such as the infamous false 9. But at the end of the day the primary objective of most strikers is to complete the task that is required to win the game – to score goals.

Still, Suárez couldn’t be reduced to just numbers that season. His off-ball runs, his ability to link up with either flank and his judgement surpassed any measurable metric. And yet even when it came to numbers, he ended the course at the very top.

The only way to truly appreciate the Suárez that is beyond the numbers is to watch him play, reading about him won’t do justice, so the objective of this article will be to look at what can be expressed in words – the numbers.

Let us begin with an interesting metric. Goals per 90 is a more fair comparison than the total goals scored in the season. A reason for this is the players might not have played the same minutes in the season, so a player who has played 5,000 minutes will more than likely have scored more goals than a player who has played 500 minutes. However, even then G90 does not take in other factors such as a player who has in fact played lesser minutes and has a comparatively lower G90 could have been affected by poor match fitness as a result of reduced. So while there are flaws, this is the best we can do.

As shown on the chart, Suárez had 1.14 G90 compared to Cristiano Ronaldo’s 0.99 G90 and Lionel Messi’s 0.86 G90. This shows that Suárez scored the most average goals per match, and so proves that he was in fact the best goalscorer that season.

Let us introduce a new metric, xG90, or Expected Goals per 90. This is a statistic that describes the expected amount of goals a player should score per 90 based on numerous factors such as position, key passes received, etc. This bar chart places the G90 block on top of the xG90 block for each player. Here is the actual data.

As you can see, Suárez was the only player to have a G90 greater than his xG90. So essentially, he was scoring more goals per match than he should have been scoring, which is simply insane. This metric proves that Luis wasn’t just an ordinary striker whose goals were as a result of other playmakers setting the ball perfectly for a tap-in, etc; he was doing unnatural things on the pitch, creating chances out of nothing and scoring goals that wouldn’t have been scored had it been anyone else.

Obviously, every position on the pitch has a different role. With Suárez being the centre-forward, it can be argued that the reason he had more goals than Messi and Ronaldo in 15/16 was due to him taking more shots as that is his role in the team. This chart debunks that myth. Note: It is important to state that the blocks aren’t stacked onto each other, but the blue Sh90 block also begins from 0.

Suárez was taking the least shots per 90 and was yet scoring the most goals per 90. This shows just how clinical the Uruguayan gunman was that year.

Now that we have seen some of the metrics per 90, let us take a look at a bigger picture. In this short section, we will be observing the evolution of Suárez, Messi and Cristiano in the 15/16 La Liga term.

Before we analyse this chart, it’s important to note that this is over a 38 game session, and so even even the games that the players didn’t play due to injury or otherwise were considered. This chart just simply shows the cumulative goals scored throughout the 15/16 league season.

As you can see, Suárez ended the league season with the most goals: 40. As a matter of fact, he scored the most league goals in Europe that season winning his second European Golden Shoe. While he didn’t score a single game in the first few games, his goal tally soon started to rise.

Luis completely dominated the league in terms of goals during the midseason, and he overtook Cristiano Ronaldo, with Messi already out of the picture due to his frequent injuries. During the last few games of the season, Suárez seemed to come to a stop and it looked like he wasn’t going to end the season as the league’s top scorer however the Uruguayan’s impressive 8 goals in 2 games during weeks 34 and 35, won him his first and only Pichichi award.

In the game of football, there can’t be an open play goal with an assist of some form. So while some players lead in goals, others lead in assists. Nevertheless, in the 15/16 term Suárez led in both. There was a fierce battle between the 3, but as the chart depicts, after around game week 18 Suárez completely exploded and carried that momentum till the end of the season. The Uruguayan concluded the season with an impressive 18 assists, the most in the division.

In the preceeding section, where the cumulative goals and assists throughout the season were shown, a thing that wasn’t considered was the matches that were not played by players. However, in this section, we will look at a chart depicting the G90 and A90 only for the league games.

These charts depict how Suárez, Messi and Ronaldo usually performed per match in terms of goals and assists.

Throughout this article, Suárez has been compared with Messi and Ronaldo, the two best players of our generation. These charts show that Luisito in fact did outperform both of them during the 15/16 season. Now for the final chart of the article, let us see how the El Pistolero compared with all the other top players during the 2015/16.

As this scatter plot shows, Suárez outscored every single player in the top 5 leagues in Europe while coming in second to Neymar Júnior in terms of assists. An incredible feat.

In the future, when we look back at these great years and discuss about players such as Xavi Hernández, Andrés Iniesta, Arjen Robben or Frank Ribéry who could all have won the coveted Ballon d’Or had they played in a different era, remember to include Luis Alberto Suárez, the greatest striker of our generation, in that conversation. Nobody has scored more goals in a single season ever since.

Suárez’s tenure at Barcelona is surely but slowly coming to an end. The Uruguayan, who was bought from Liverpool in the summer of 2014, has been part of many controversies and has had many lows but he has brought about unprecedented emotions in all culés worldwide. During the 2015/16 year, we got to see a generational striker at the absolute peak of his powers.

An extaordinary season by an extraordinary player.

• What does the future of Luis Suárez hold?

• Is caging Messi the solution to stop him and Barça?