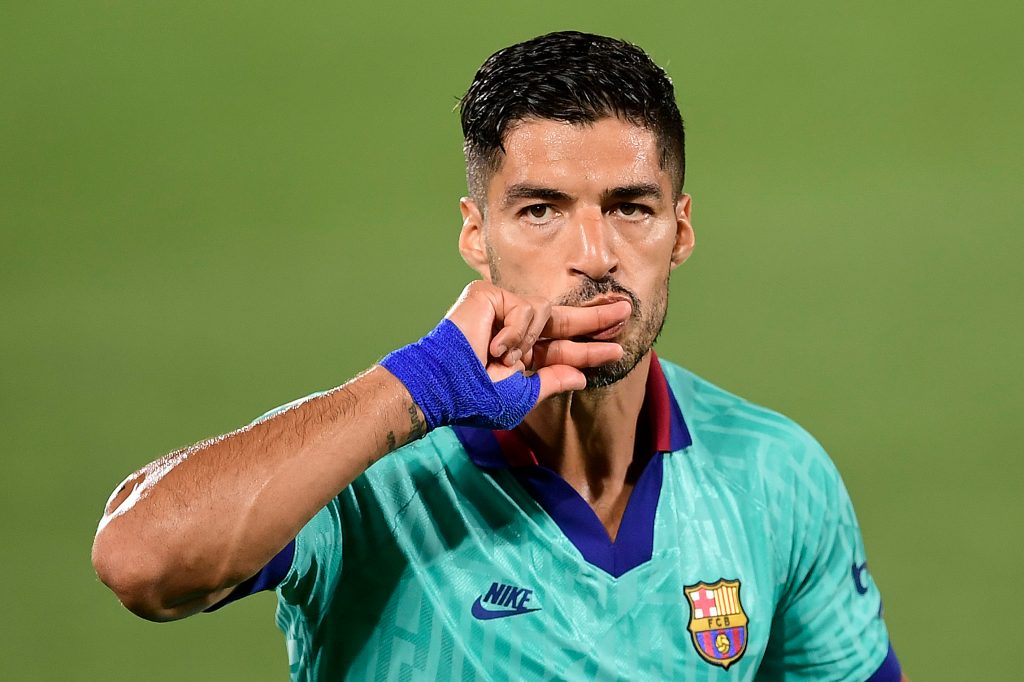 Luis Suárez spoke in an interview with Mundo Deportivo on the verge of becoming FC Barcelona’s third top-scorer, with 195 goals in 278 games. The 33-year-old speaks about his future, the Champions League, his friend Lionel Messi, potential signing Lautaro Martinez, the return of Neymar, Antoine Griezmann’s situation at the club, and much more.

You are a close friend of Messi’s, you know him better than anyone. Do you see him in a team other than Barça?

“I don’t see him at any team other than Barça. The decision Leo makes is going to be made always based on his and his family’s good. Sometimes we are wrong because we lose and we are letting a League escape and there are times when you think about anything, but being your friend, I will always recommend you to be where you feel comfortable and happy, and if you are happy in Barcelona, stay in Barcelona. If he needs a change, he will know what he needs for himself and for his well-being.”

At this point, what is Messi’s priority, that there is a winning sports project or more about his family? What weighs more you think?

“I think his family is very happy in Barcelona. What he would like the most would be a winning project, a project that he hopes for, but they are situations that he must handle with his family, and with his father in this case and be aware of the decision he has to make.”

Against Villareal, we saw Barça’s best version this season, but in the derby (Espanyol) and against Valladolid, the team suffered again. What is the reason for that?

“I think we have to be aware that the football that we showed in Villarreal is the right path. When we want to fight for important things, such as the Champions League, which is what we have left, all of us who are on the team are at 150%. We can achieve such objectives. The match against Villarreal was a message, if we want to do it, we can do it. It is true that against Espanyol we lowered the level and we have to be very self-critical. Against Valladolid, we played a great first half, but in the second half, also because of the rival, we suffered. We lost balls, and we should prepare for what comes next.”

With Madrid’s victory against Granada, the League has become almost impossible to win and the road to the Champions League final will be difficult. Do you see yourself lifting a title?

“In La Liga, we need to make some self-criticism: we let it slip ourselves. We knew that we depended on ourselves, and we should not find excuses. Now, for our pride and the prestige of Barça, we need to win the two remaining games and then focus fully on the only title that we can fight for now: the Champions League. A failure in a game can cost a lot, so we have to be very careful and need everyone to be ready for the Champions League.”

? — Would Lautaro Martínez to Barça mean the time of Luis Suárez is up?

You spoke of being self-criticism in the League. There has been a factor like VAR, about which both Piqué and the president have complained. Do you think that if Barça played the same as they did against Villareal, no one would point towards VAR?

“Yes, Gerard and the president made spoke to the public about VAR, but I think that the rivals also suffered a lot. They were the ones affected by the decisions. On this occasion, not only we were hurt, but also they. However, I think we should not look for so many excuses, and face reality with self-criticism.”

“My contract ends at the end of next season. We will see what happens; I haven’t talked to the club yet.”

?️ — Messi: “Lautaro is very similar to Luis Suarez, they both move very well and have the same way to finish. We will have to see what happens and with the other names that are circulating on the market.” pic.twitter.com/nGxaB06IMm

On his Barcelona career and breaking Kubala’s record:

“You have to appreciate my 6 seasons of goals and assists that have helped the club. I also reached Kubala’s record; I didn’t watch him play but everyone says he was brilliant. I’m very proud of getting into the club’s history books. I was very happy when I was on the list of the club’s top 10 scorers and now I’m in the top 3.”

“I’m very proud of the fact that I was a Barça fan and now I have surpassed Kubala’s record. I also want to surpass César’s record. As for Messi, well his numbers are too far. I want to be the club’s top scorer behind Leo. Messi has numbers no one can reach.”

“I have faces difficult times. I constantly live with criticism and that’s what makes me stronger. They give me a chance to improve myself.”

“I realize Barça need a 9. I’m getting older and I need a replacement sometimes. There are rumors about Lautaro, who is a great player.”