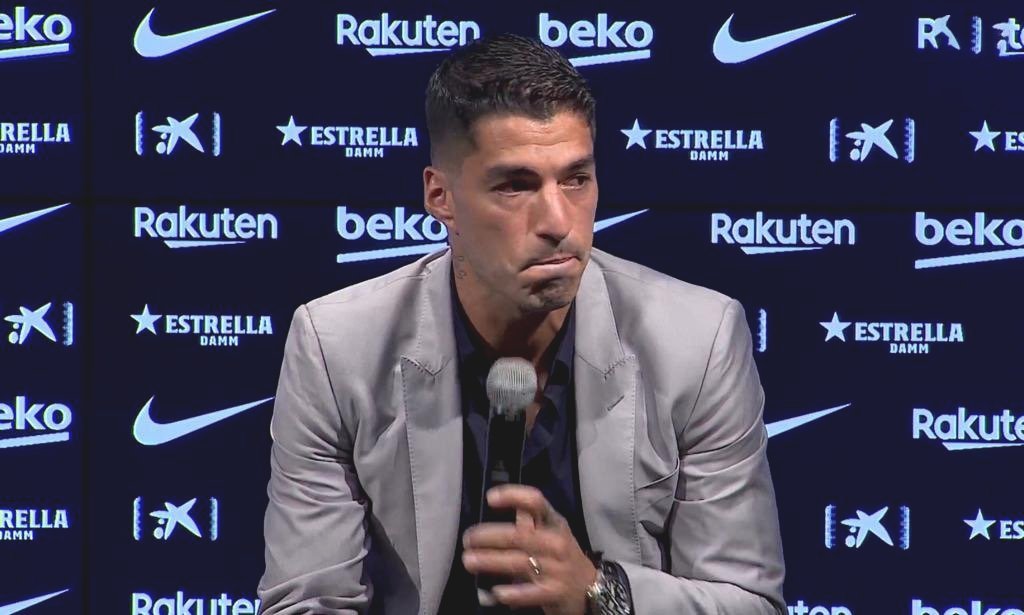 Luis Suarez has spoken during his farewell ceremony at Barcelona. The Uruguayan got emotional while reviving his old moments, and thanking Culés for their endless support.

“It’s difficult to leave. I have nothing prepared for today. I can only thank the Club for having trusted me knowing where I came from for a mistake I had made. (referring to the bite incident)

“I’m very proud of everything I’ve done here. Thanks to all the fans who have supported me during my stage here. I leave many friends here. It’s not just a player who leaves, a human being who has feelings is leaving.

“I’m aware that we’re at the end of an era that I should be very proud of. Coming here was a dream come true. I didn’t even imagine reaching these statistics. I can leave proud and satisfied after these six years.

Suarez added that Ronald Koeman does not count on the 33-year-old, and that he is joining Atletico Madrid to prove that he can still compete on the highest level.

“The club needed changes and the coach didn’t count on me. I want to show that I can continue to perform at a high level.


“I’m joining Atlético Madrid with a lot of excitement, but I still haven’t thought about what it will be like to play against Barça. I haven’t fully digested it yet.


“I’ve spoken to Griezmann and Godín, who have a past at Atlético Madrid.

Even though it was expected that Suarez might speak against the Barcelona board, he avoided criticism.

Suarez had a legendary 6 seasons at the club, in which the Uruguayan became the club’s third top-scorer in history, and won 16 total collective and individual trophies.