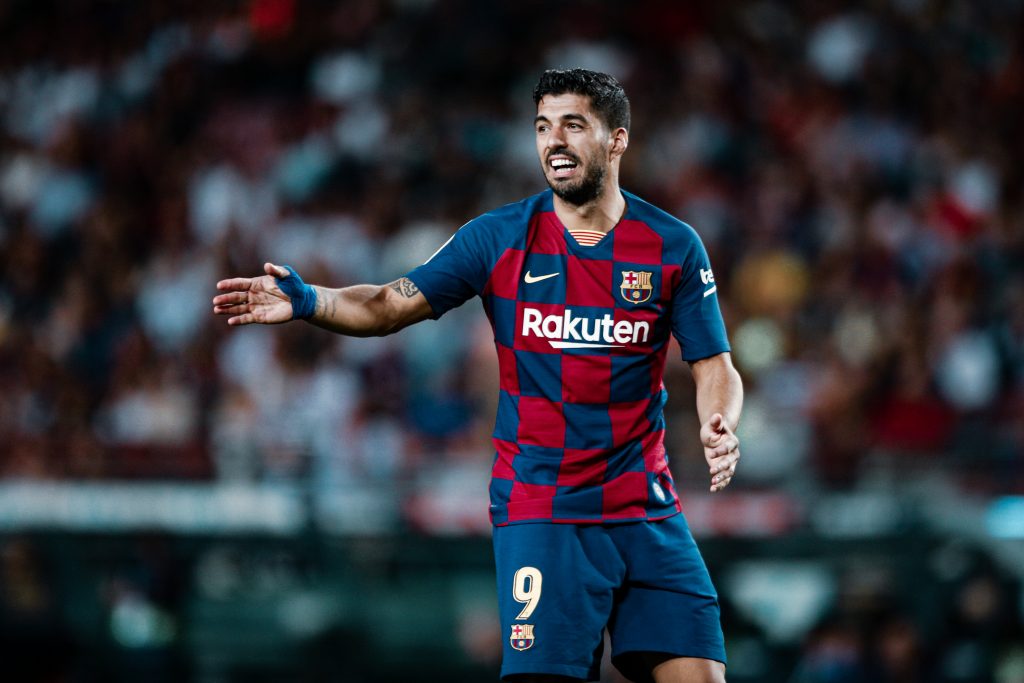 While Barcelona is at the risk of ending the season trophy-less, pending the completion of the Champions League, Luis Suárez’s season on an individual level hints at the need for a replacement.

The La Liga season came to an end a week ago. Amongst the teams that are reviewing what went wrong for them, there is also a side that had won this trophy eight times in the last eleven years, but that couldn’t add a ninth to their record: FC Barcelona.

What happened to Barça in this campaign and what has been happening to them for some time now are topics that have already been discussed and analysed so many times. The point of this write-up, though, is to look at the team’s main striker: its number 9.

Luis Suárez joined Barcelona in 2014. Owing to the FIFA ban on him for four months, he played only 27 La Liga matches in the 14/15 term and scored 16 goals while providing 16 assists as well. The goal involvement rate per match was 1.18. This, however, was only a sign of things to come. With 40 goals and 18 assists, he went on to win the Pichichi trophy for the La Liga top scorer in the following 15/16 season.

At 33 years now, Luis Suárez is in that phase where people are looking at the numbers that he is producing, in an attempt to see if he has become a liability. This is very natural in a world-class team like Barcelona. This scrutiny becomes more serious because of his pay packet – 23.5 million a year – that makes him the third highest earner in the whole squad.

“As long as I am capable of helping the team, I will be here. If they give me the chance and my numbers back me, I will always keep fighting for a place in the team”

So how did Suárez fare in the 2019/20 course? It was an eventful season for him, to say the least. Just after the first matchday, he picked a calf injury that kept him out for almost month. He made a great comeback with two goals against Valencia in September, and added four more before the end of October. At the turn of the year, though, he was out injured again and had to undergo surgery to his knee.

Things looked really bleak for both him and the team at this point, as it was deemed that he would be out for three to four months. Suárez’s season was all but over and Barça was left with very little options upfront. But it was in early March that the global pandemic suspended practically everything, including football, for months on end. This allowed Luis to recover and join the Catalans for the last lap of the league season.

With 16 goals and 8 assists in 28 games, Suárez’s rate of goal involvement per match for the season is at 0.85. In terms of goals scored, this is the lowest output that he has produced since joining the blaugranas in 2014. It is even lower than his first year, when he had to stay away from the pitch for four months. One could argue that his injury absence is what caused this decline in the rate.

While Luis Suárez has continued to exhibit his instinct many times, the explosiveness, touch and brutality that defined him in the past have been fading away little by little | Photo by Aitor Alcalde via Getty Images

Nevertheless, there are two factors one has to take into account here. First, the fall in the stats is not limited to the recently concluded season. The previous 18/19 campaign saw Luisito finding the back of the net 21 times in 33 fixtures. With an added 6 assists, his goal involvement rate was at the lowest ever in red and blue colours: 0.81. Secondly, while his injury did keep him away from the pitch for a long time, he did not miss many clashes during this period owing to the pandemic.

Therefore, the decline in his output, one has to conclude, is not sudden. It is a natural process that all athletes go through as age catches up with them. This is not to say that he is finished altogether. On his day, the Uruguayan is still one of the best strikers in the world and he is still lethal with the ball at his feet. And that is where the problem lies.

Where once he would push ahead and pressurise the defences for a loose ball, now he needs the ball to come to his feet. His movement off the ball has taken a serious hit. It is evident, thus, that injuries have started taking a toll on his performances and game time. While he missed nine league games to injuries last term, in this one it was fourteen duels.

Suárez himself has stated, more than once, that the team has to look for another striker. Barcelona has also been actively pursuing Inter Milan striker Lautaro Martínez. But even if this transfer materialises, there are several questions that remain. Even as Suárez has expressed his welcome for Lautaro, will the veteran striker be willing to take up a lesser role in the team? Or is he going to throw tantrums at being subbed off, as he has already done on a few occasions? Will the Argentinian be given a chance to prove himself and establish his starting position, or is he going to have to be content with being Suárez’s back up?

Even if Suárez was willing to take up a lesser role in the team – as unlikely as it is – there is the question of his wages. He would then be earning a little too much for someone who does not even have a starting role in the team. And this would be a point that would create headaches for the board at Barça, as the club is reeling under the pressure of bloated wage packets and mounting expenses.