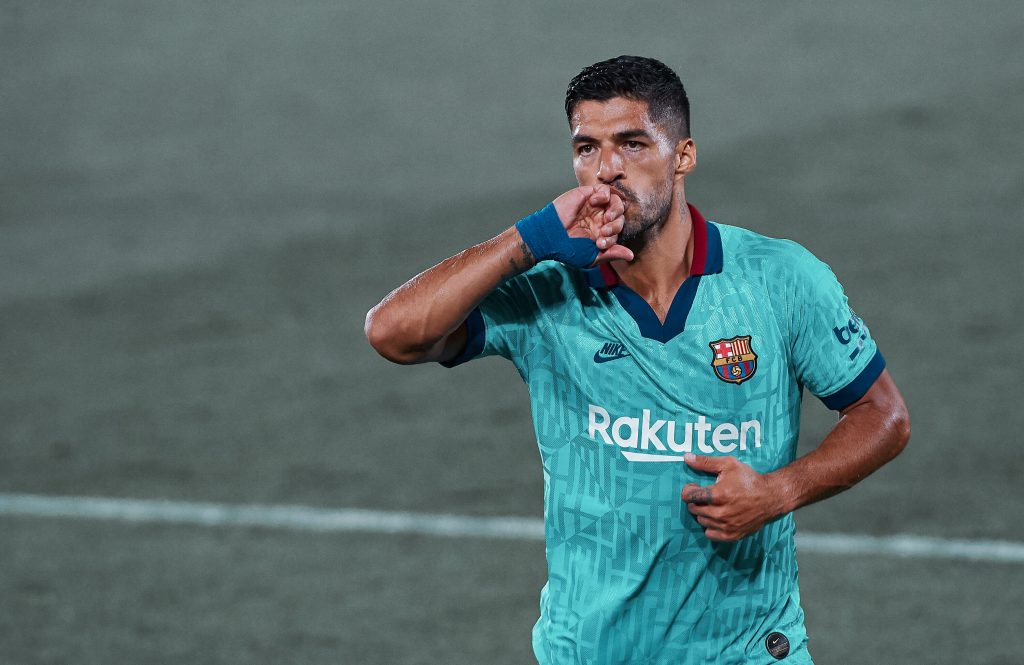 In Sunday’s rout of Villarreal, Luis Suárez and Ansu Fati wrote themselves into Barça’s history books. The pair grabbed a goal each, which were stunning but also significant.

A scintillating display and 1–4 win from Barcelona at the Estadio de la Cerámica saw Luis Suárez and Ansu Fati etch their names into the Catalans folklore. With the score at 1–1 in a tense, end-to-end game with Villarreal, Suárez, in a moment of inspiration, scored an absolute wonder goal. After Lionel Messi’s brilliant scything run through the centre, he found the Uruguayan, who opened up his body and curled in a sublime first time effort into the top corner. The goal was not just aesthetically pleasing, it wasn’t just important from a scoreline perspective, but it was also a major milestone in El Pistolero‘s glittering career.

His superb strike meant he officially drew level with Barcelona legend László Kubala on 194 goals. Suárez now stands alongside the Hungarian icon as the blaugrana outfit’s third all time top scorer. Luisito finds himself in illustrious company and will most certainly surpass Kubala’s tally very soon.

Despite not quite being at his brilliant best in recent times, struggling with lack of form and injuries, Suárez still continues to show why he is among the very best strikers of his generation. Now, he can be very proud that he stands alongside one of this club’s all time greats. And there is no disputing that Suárez himself will also be an unforgettable part of this club’s monumental legacy.

Ansu Fati is simply sublime. Every time the 17-year-old has stepped onto the pitch, he has shown the mind-boggling ability he possesses. Yesterday against Villarreal, Fati was benched from the start. He came on in the 72nd minute, replacing Antoine Griezmann, who enjoyed a spectacular outing too. And right from the get-go, Ansu began terrorising the Yellow Submarine.

As usual, he was making supremely intelligent runs, confidently taking on his man and creating space. He was instrumental in his 18 minute cameo as Barça relentlessly attacked in search of a fourth goal. And, of course, it was Ansu himself who got the goal in some style. The wonderkid from Guinea-Bissau latched onto a great ball over the top from Jordi Alba and sped down the left wing before cutting inside and scoring. Now there are a number of special things about this goal.

One a youngster, the other a veteran, Ansu Fati and Luis Suárez continue to make history for Barcelona | Photo by Lluís Gené / AFP via Getty Images

Firstly, the movement: Ansu Fati timed his run to perfection and his blistering pace was on full display as he chased down the pass. Secondly, the confidence and awareness. As soon as he picked up the ball, he drove inside the box, and made sure to survey his options before pulling the trigger.

And finally, the composure and ingenuity. Ansu took on the highly experienced Raúl Albiol and shaped up to shoot to the far corner, but instead unleashed a no-look drive in at the near post. The maturity to pull that off and wrong-foot Sergio Asenjo, one of the best goalkeepers in the league, was simply staggering.

And with that strike, Ansu Fati brought up goal number 9,000 in FC Barcelona’s history. A gargantuan achievement. There’s almost something poetic about it, almost as if one of Barcelona’s most promising prospects is ushering in a new era for the club. Together, Luis Suárez and Ansu Fati, put two cherries atop yesterday’s great performance as they rewrote Barça history.