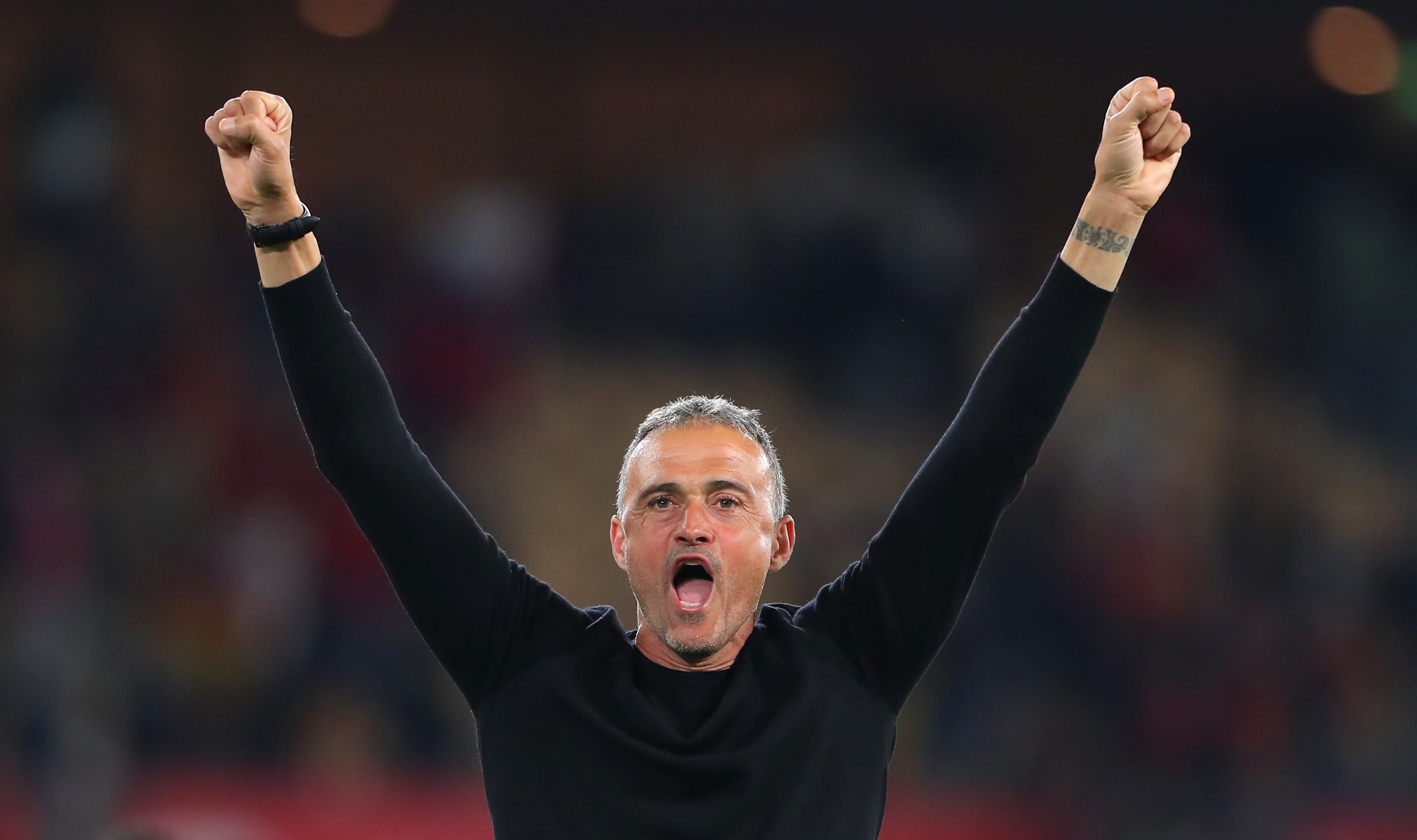 Former coach Luis Enrique had his eyes set on some of the top-performing youngsters of Barcelona’s famed La Masia academy in 2015. Back then, the Cedete generations had the likes of Ansu Fati, Eric Garcia, Nico, Arnau Tenas and more playing for the youth team and Enrique, who refused to call out names, advised them not to listen to their agents much.

“The Cadete generation coming up is very good. I know some of the players, but I won’t say their names because people go crazy. Especially agents… you know how they are,” said the current head coach of the Spanish national team back in 2015.

Enrique, who has developed a reputation of churning the best out of the young generation, gave as many as eight La Masia graduate their first-team debut during his four-year stint with Barcelona. After taking over the reins of the national team, Lucho, as he is fondly known, named the youngest squad of UEFA Euro 2020 that had an average age of 24.1.

Barcelona midfielder Pedri was the youngest from the lot, having made his debut at 18 while fellow Blaugrana teammates Sergio Busquets and Jordi Alba were the oldest. In October 2021, midfielder Gavi, aged 17 years and 62 days debuted under Enrique, making him the youngest player ever to play for the senior national team.

The Cadete B of Cristian Catena Fuentes, former head coach of Barça’s youth academy, has always fascinated Enrique to say the very least. A certain Sergi Samper was tipped for greatness after debuting as a teenager under Enrique but his fate took an unexpected turn as his career progressed.

As for the players he is referring to, Ansu Fati made his debut in 2019 and has so far appeared in more than 50 games for the club while scoring 18 goals. Eric Garcia, former Cadete B captain, moved to Manchester City in 2018 before rejoining Barca in 2021. As for Nico Gonzalez, he made his debut in the ongoing season and has scored two goals in 17 appearances already.