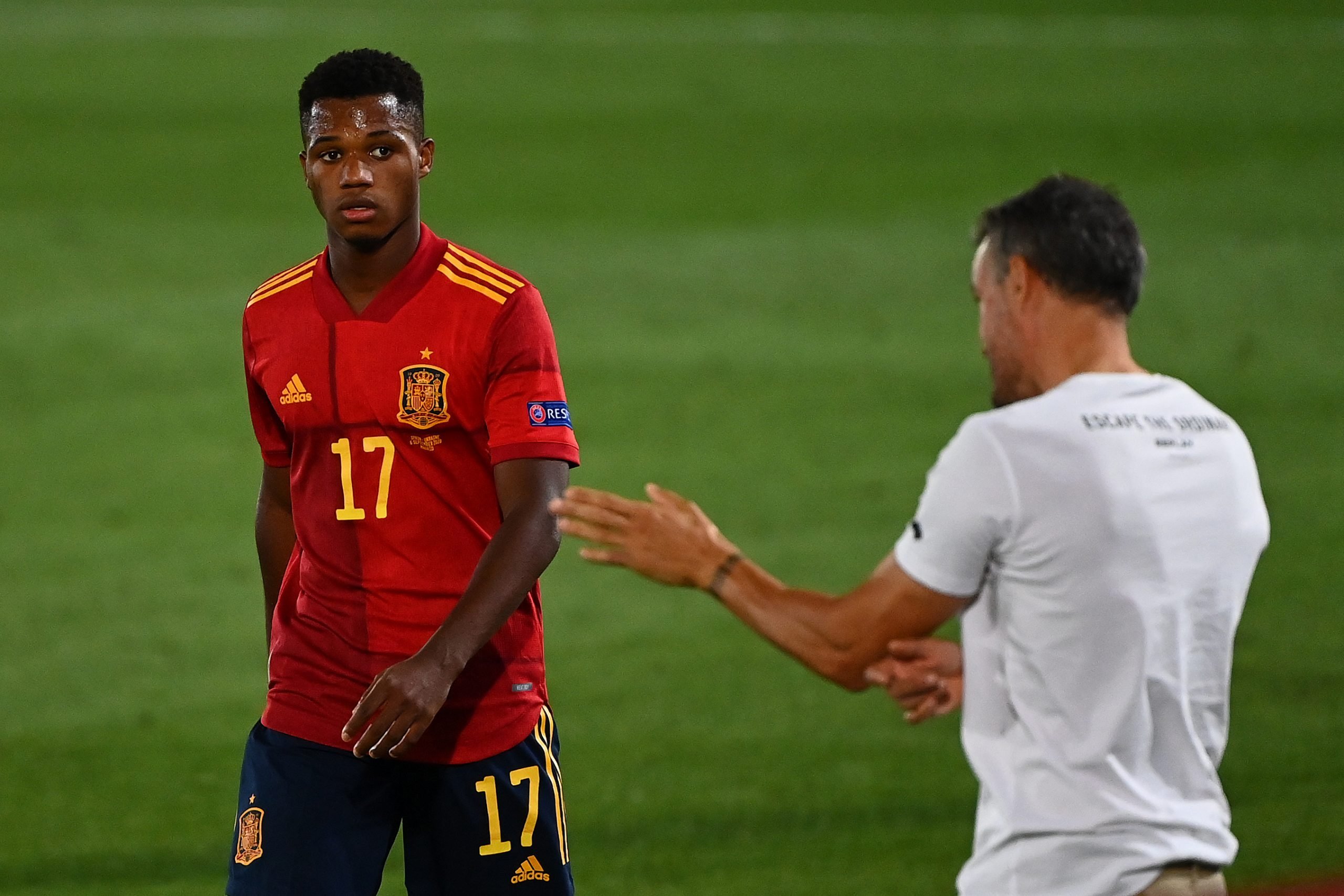 Ansu Fati not only surprises the fans, but also his teammates and coaches. This time, Spain national team coach Luis Enrique praises Fati’s ability to read the game when he is about to face the defenders. Ansu already knows what the defenders will do, and how he should act when he receives the ball in a play, claims Enrique.

The words of the coach of the Spanish National Team are quite true. Fati is a very mature player and knows how to solve situations because he is quite smart and determined about what he will do seconds before receiving the ball — an ability that many players have taken many years, the 17-years-old teenager already has.

Ansu observes and measures the available space he has right before facing the defenders. He then will make predictions about how they will react, and make a decision accordingly. The young gem is exciting many fans not only because of the numbers but also due to his tactical play.

Last month, the Barcelona winger was chosen as the La Liga player of the month. He has also put decent performances with his national team.

We will have to wait and see what is expecting us in the long term, but as things stand, a great future is awaiting the La Masia graduate.