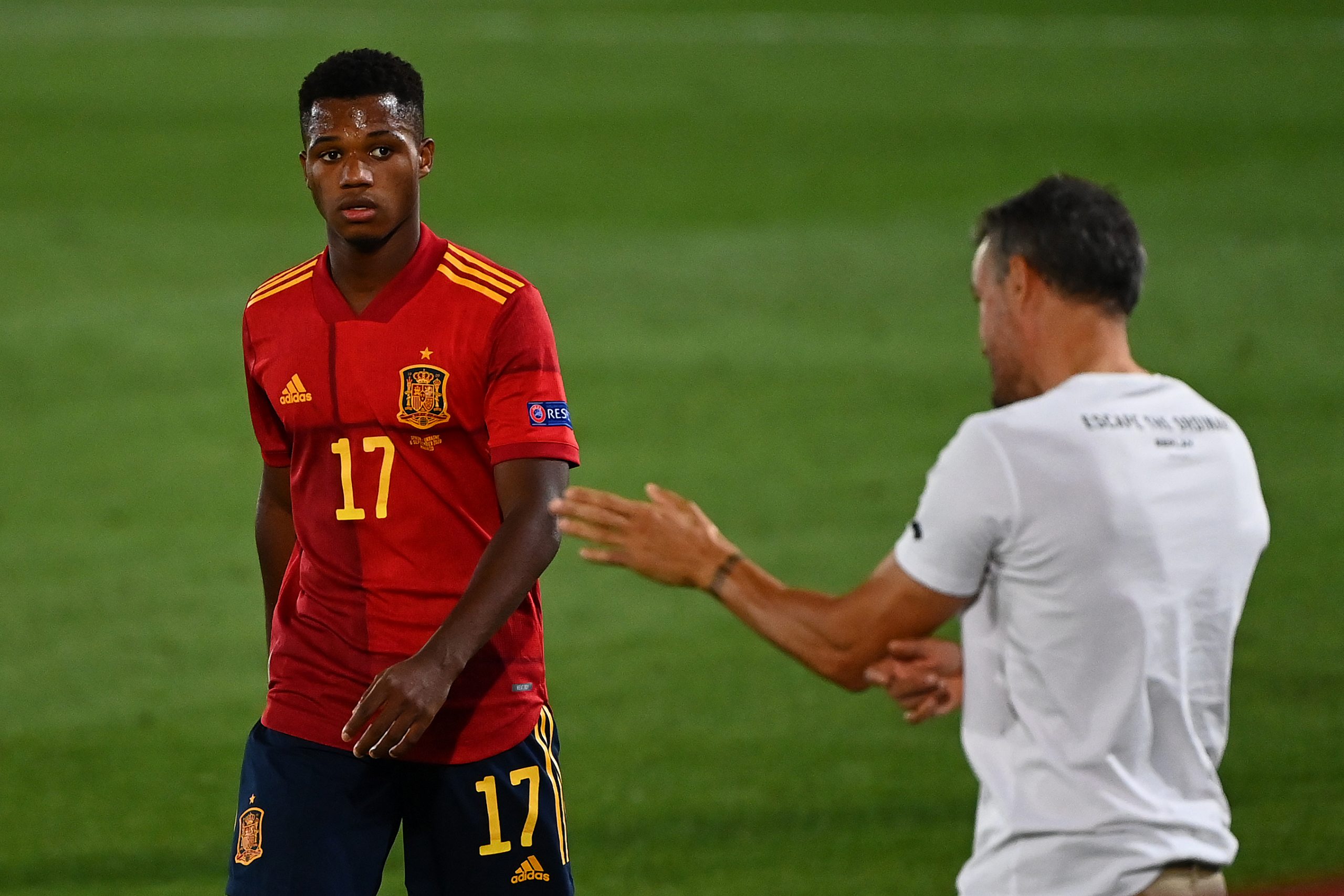 Spain will play their final group game at the FIFA World Cup 2022 against Japan on Thursday. On the eve of the game, manager Luis Enrique addressed the media in his pre-match presser and offered an update on the situation of Barcelona forward Ansu Fati.

The 20-year-old was included in the World Cup squad by Enrique amid doubts over his involvement due to him not playing regularly at the club level this season.

Enrique’s decision seemed to have been vindicated when Ansu started and scored for Spain in the pre-World Cup friendly against Jordan.

However, once the tournament started in Qatar, the Barcelona youngster has not stepped on the pitch even once. Indeed, of the eight Barça players in the Spain camp, only Fati and Eric Garcia have not played a single minute of football at the World Cup so far.

And opening up on why the young forward had not been called upon, Enrique, in his press conference, said (h/t GOAL):

“Ansu Fati was the last player to make the list. I brought in eight forwards. Obviously, it was perhaps the position I had the most doubts about, but I have to say I’m delighted with what I’m seeing, but we have eight strikers who are flying.”

Talking about the players who are yet to be used in the tournament, like Fati, Enrique insisted that they must be ready for whenever they are needed, saying:

“The eight players who are out…it’s a shame, but they have to do what they do. Be ready for the coach and from there the decision will be made.”

Enrique also provided an update on the fitness of Gavi, who had picked up a minor knock against Germany last time out and missed training in the last couple of days.

“Today we are going to train, yesterday Rodri and Gavi wanted to train, we didn’t let them. There is no need for them to have to force themselves. Today we’ll see if they train. If they are available, perfect,” the La Roja boss said.

Spain are currently at the top of Group E and need just a draw to qualify for the knockout stages. It had led to speculations that Enrique might rest his frontline players, including captain Sergio Busquets, against Japan as he is on a yellow card.

However, talking about any possible rotations, Enrique said that the team’s first and foremost priority was to win the game.

“I still have a training session to decide the line-up, what is certain is that we are not going to speculate with any player. We are in a group in which anyone can qualify and even though we have a certain advantage, we want to win our match to finish first,” he said.