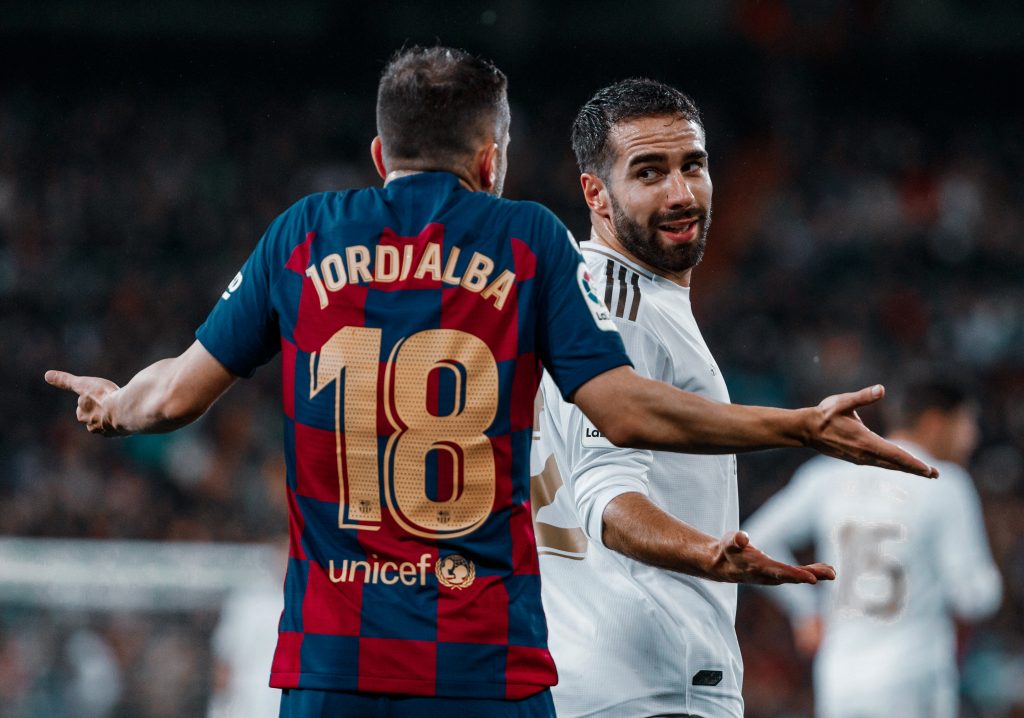 With a Sevilla versus Betis marking the restart of La Liga, a question mark has to be put on the performance and form from teams after such a long break.

With La Liga’s restart fast approaching with a Seville Derby on Thursday 11, we all have one question on our minds: how are the players, and ultimately, the teams going to perform after such a long break from training? Long breaks generally affect football drastically. Even missing one month of training greatly increases the chance of players getting injured. Lionel Messi and Nélson Semedo, for instance, both felt minor discomforts on coming back to training and once the season starts, more will be on the way.

With players having to hold back on their efforts to avoid injuries, we must ask ourselves: which team’s playing style is likely to be easiest on the players and will prevail in the title race?

The two main title contenders this season are obviously Real Madrid and FC Barcelona, with Sevilla, Atlético de Madrid, Real Sociedad and Getafe all at least nine points behind. But with the state of things, there is an element of unpredictability added to the factors affecting the outcome.

League leaders Barcelona rely mainly on their incredible short distance passing, slowly initiating moves that they put away with deadly accuracy. The players aren’t necessarily well built, but excel on the technical side of things. Barça tend to dominate a match by keeping hold of the ball and makes the opposition do all the running. Over the years, intense pressing, man marking, physical strength and quick counter-attacking have been the club’s weakness.

But current injury fears play into the culés‘ hands perfectly. With opposition players unable to cover as much ground as they used to, the blaugranas can take advantage of the opportunities to gain an early lead on the points table before other teams reach maximum fitness. At the same time, though, Barça’s ageing and injury-prone squad also faces a higher risk of injury, even with a lower work load. Barcelona rely heavily on Lionel Messi and Luis Suárez for goals, and unless the other team members can stand up to the task, they will face trouble with the two players both above 32.

Quique Setién needs to manage player work rates and must handle the squad balance to ensure that no player, especially Messi, gets overworked. On following the same, the Catalans could see the title returning to the Camp Nou for the third time in three years.

Real Madrid, close in behind

Barcelona’s closest rivals are, of course, Los Blancos. Real Madrid are a club with no clearly defined style of play. They always relied on individual brilliance along with the manager’s use of the footballers at hand to win trophies. They approached each game slightly differently and adjusted their team to match rival sides. Be it direct counters or patient build-up play, the sheer quality of Real Madrid’s stars gave them the ability to use a mixture of styles to win trophies.

But Madrid have only just begun to recover from the loss of their talisman, Cristiano Ronaldo. Karim Benzema has stepped up, but needs support from big name players like Eden Hazard. They use counter-attacks, crosses into the box and shots from outside the box to score the goals, meaning that they have a higher offensive workload, while also feeling comfortable in handling possession. Still, it is their defensive record this year that has kept them in the title fight, with Madrid boasting the least amount of goals conceded in the league: 19. Ultimately, they will provide tough competition to the Barcelona that we have seen all season. But if Quique Setién can unlock the squad’s full potential, Barça might just leave Madrid behind.

The battle for the Champions League

With the two front runners nine points clear, only two Champions League slots are up for grabs with 11 games to go. Just two points separate Sevilla in third and Atlético de Madrid in sixth, while Valencia in seventh are just three points behind Atleti. With all still to play for, the clash for a top four finish is going to be juicy.

Los rojiblancos have been excellent as usual at the back, but need to improve up front. Atlético are a rock at the back and posses exciting talents in all lines such as João Felix, Saúl Ñíguez, Thomas Partey and Renan Lodi. They tend to soak up pressure and kill the game with quick counters. Even though they rely on transitions, their ability to handle pressure means that they can play at a relaxed pace and strike only when they need to, provided that the forwards step up to the challenge.

Julen Loptegui’s Sevilla have a possession-based game, meaning that they too have the advantage of being able to tire out opposition players. They have classy players capable of delivering the final goods whilst playing a beautiful brand of football. If they can hold their nerve and regain the form they had at the beginning of the season, they could be back playing European football next campaign.

Real Sociedad had been a young, fresh, energetic and bold side this season under Imanol Alguacil | Photo by Juan Manuel Serrano Arce via Getty Images

Sevilla’s biggest challengers are Real Sociedad. The Basque side have been in excellent form and are guided by a younger generation of players such as Martin Ødegaard and Mikel Oyarzabal. They have a well-balanced team with the fourth highest ball possession per game in the league. Their midfielders, with Ødegaard, Mikel Merino and Ander Guevara or Igor Zubeldia, are essential to the team and are essential to their recent success. If they could continually finish off the chances created, they could be serious contenders for the top four.

José Bordalás’ Getafe are an interesting team. They are hard-working and outwork opposition sides, defending with all their might. They make the opposition sides pay for the smallest mistakes. Getafe’s players aren’t afraid to commit fouls and their narrow 4–4–2 system allows them to sit back and crowd up their half, forcing opposition teams to move into wider areas. Once La Liga restarts, it will be interesting to see how Bordalás and his men cope with the physical limitations in their style of play. With many of their important footballers above 30, it will truly be a test of the manager’s and the players’ abilities.

Who will return in better shape?

If one thinks about it, it seems that the teams relying more on holding back and keeping the ball will tend to perform better, since rivals can no longer hold enough pressure to retrieve the ball. But on the other side, physical limitations will force teams to tighten up defensively, since they no longer have the ability to maintain pressure. This will make them harder to break down as space is a luxury that attacking teams will not be afforded. As the Bundesliga restart showed, 14 players got injured during the first week across the top two tiers of German football. The speedier, direct players who participate in counters were more prone since their muscles were not ready for the intense activity.

Ultimately, it boils down to a players’ fitness. If a team’s players, like Cristiano Ronaldo, can maintain their level of fitness, then even a team relying heavily on speed and intense running can take the fight to the more possession-heavy teams. But the truth is that not all footballers can sustain that level of fitness and hence sides are going to have to factor in injuries while deciding tactics.

Which style of play will ease the return to action the most? | Photo by Eric Alonso via Getty Images

They will be less deadly than they used to be before the break, but a solid defensive line could help them remain on track. Defensive and physically tougher teams will have to find a better way on the offensive side, but could hold the back line in the same way they used to. The likes of Barcelona have a playing style that will be easier on the players and could wear the opposition down, but it would be difficult to create space with other teams not taking the risk of high pressing.

The ability of managers to manage the five substitutions assigned to them will play a major role in maintaining a high level of performance throughout the game. This will roll into the hands of the traditional favourites like Barça, Madrid and Atleti since they will have more quality to bring on from the bench. More players will receive game time as pressure will slowly be eased onto the team’s best players. Youngsters will also gain more opportunities as some of the veterans will be unable to play the full 90 minutes regularly.

Hidden prospects stored away on the bench will get their chance to shine and revised tactics based on the condition of the squad will test the coaches and players to the limit. It will be the better balanced and level-headed teams that will prevail in the end. Football is finally back after a long while and whichever way the season will go, it promises to be an unpredictable and exciting race for success with everything still to play for.

• The Barcelona defence: What are the options?