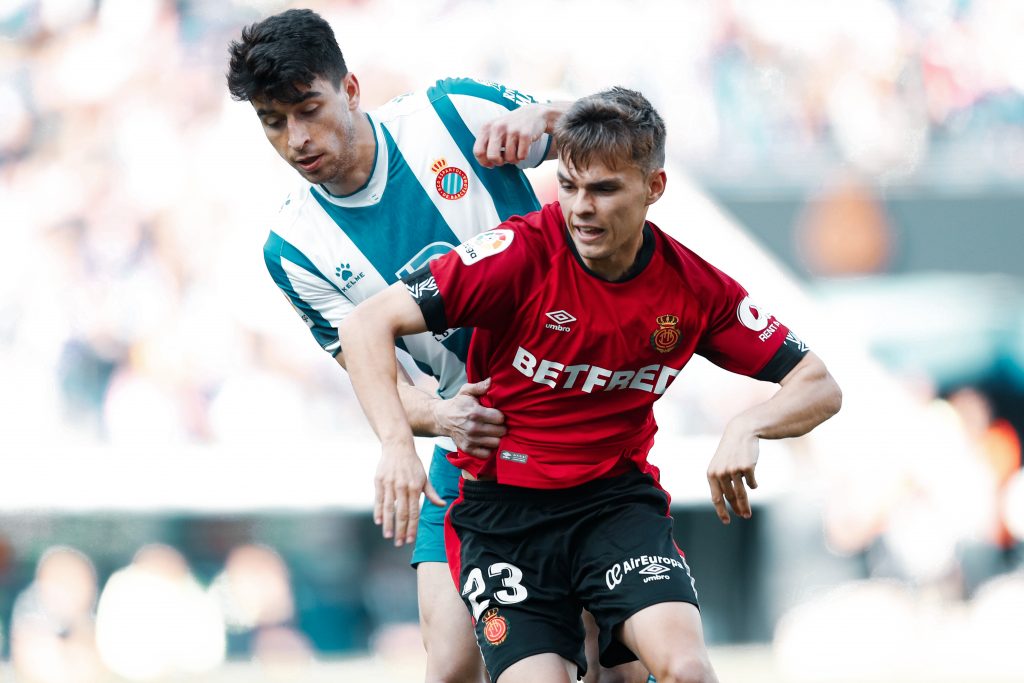 While at the top of La Liga teams will battle for ambitious goals, at the other end of the table the football break and the empty stadiums will make survival from relegation a much more unpredictable fight.

Relegation is any club’s worst fear. Leaving the top tier of football spells heartbreak for a club’s fans. It is a hard-fought battle and every club gives their all to avoid relegation. For several clubs, the break in form could be the final act in their downfall, while for others, it could be the start of something new and promising. Let’s see how it looks at the lower and of La Liga.

The last team in La Liga is Espanyol. The neighbours to league leaders Barcelona sit last with just 20 points in 27 games. With just four wins in the league, and still needing minimum seven points to ensure survival, one might say they are certainly going to go down. They will probably face the drop with all odds against them.

At the bottom of the table, each point means a lot | Photo by Photo Agency via Imago

But their change in form in 2020 tells us that the team haven’t accepted their fate just yet. They came into 2020 with just two wins in 18 games. However, they started the year with a new outlook on things, and with a more positive approach. When new manager Abelardo Fernández was brought in, the tides began to turn their way. They won two more times in the next eight games, drawing with three of the top six teams including leaders Barcelona, a third-placed Sevilla and a sixth-placed Atlético de Madrid in the process.

They have lost just twice in those nine games and even won a crucial game against Mallorca. Alberado has shown that he can take a team to safety as in the case of Deportivo Alavés in 2017. Even though time is against him, he still has 11 games to save the Periquitos, and with their improving form, with star striker Raúl de Tomás and with immense outer support from the fans, we might just be in for a record-breaking comeback.

Next comes Leganés. Similar to Espanyol, they too have endeared a poor season, winning just five times in 27 matches. They play a traditional 4–2–3–1 with Óscar Rodríguez contributing heavily to their attacks with seven goals and two assists. But Leganés have been dealt a heavy blow with two of the club’s top players, Youssef En-Nesyri and Martin Braithwaite both departing. Braithwaite‘s loss was more bitter amongst the two considering how Barcelona snatched him away outside the transfer window.

Without two of their main goalscorers, they face an uphill task in their fight to avoid relegation. Still, they are just three points behind Celta de Vigo and a good break in form could easily lead them to safety. The question that remains is: Who will score the goals? They desperately need their squad members to up their game up front. The games remaining for Leganés tackle teams mostly in the bottom half of the table, so they can still try and escape relegation. But they need goals to survive, and unless they find inspiration in the last 11 games, they will get relegated.

The club in 18th place is Barcelona’s Saturday rivals Mallorca. The newly-promoted side sat in 15th place after ten games. Even though they were near the drop zone, they were performing well for a side that had just been promoted. Their problems started in the middle of the season, where a poor run of form saw them fall down to 17th, taking just eight points in ten games while scoring 15 goals. They found themselves dangerously close to the drop zone and by matchday 23, they were down in 18th.

But then they picked up form, taking seven points in five games, which was ninth best in the league for that period. This increase in form saw them coming within one point of 17th placed Celta de Vigo. They are a team with a point to prove and they will hope to continue that form. Led by Ante Budimir and Dani Rodríguez, as well as the young promise of the likes of Take Kubo and Cucho Hernández, they can fight their way to safety if they can maintain their form and mentality through the last 11 games of the campaign.

Yet their biggest challenge will indeed be the fixture list with them yet to play several of the top half teams. With the Estadi de Son Moix having been the home for most of their points achieved, the absence of fans will be a hard blow for Mallorca. They are agonisingly close to their goal, and have a huge hurdle to overcome.

Though by a slender margin, Celta de Vigo are in 17th place. Just like last term, Celta are hovering above the drop zone with just one point between them and Mallorca. Despite possessing ex-Barcelona talents such as Denis Suárez, Rafinha Alcântara and Jeison Murillo, plus the ever-present Iago Aspas, they find themselves in the relegation battle.

They have suffered up front with Aspas ageing. They have scored just 22 goals in 27 games compared to 36 in the same number of games last course. They have improved their defence but need to better upfront to ensure survival. Aspas’ return has fallen massively, with him scoring just 9 in 27 compared to 20 in 38 last season, which has affected the Celestes massively.

With manager Óscar García they have picked up form, though, taking 8 points in the last 8 games, coming out of the relegation zones. They might be safe now, but need to continue that run of form to remain in the top flight with Aspas performing well essential for their survival.

Eibar and Valladolid are in 16th and 15th, respectively, with the two sides going through an abysmal run of form in recent times. They are currently two and four points ahead of Mallorca, respectively, and if they continue to play the way they are, they will be facing relegation. They have found it difficult to score the winning goal in games and have conceded several in the process. A rethinking of tactics is needed for both teams.

Only three of Eibar’s players, Kike García, Charles and Fabián Orellana, have scored over two goals, and two of them are aged above 34. If José Luis Mendilibar’s side cannot find goals through younger players soon, they will be in serious trouble. Sergio González’s cohesive Valladolid is led by Sergi Guardiola and Enes Ünal, with Mohammed Salisu in defence. They need to score goals while taking advantage of the four-point cushion that they have to battle the nerves and to survive the relegation battle.

How will the new circumstances affect the relegation battle?

In conclusion, there is a bit of a scrap going on at the lower end of La Liga, with the relegation-placed teams having improving forms and the safe tams having degrading forms. The break will allow all sides to rethink their approach and might be a boon for the sides who had lost their way.

But the new factors that come into play after the break need to be considered by coaches at all teams. Injuries, tactics and player management will play a big role in the last part of the season, with managers having to play it safe with the footballers. With emotions flaring and at a time when support from the fans is crucial to the teams, they are faced with an uphill task without their best and most loyal men. They need to carry the spirit of their supporters in their hearts and only the team which can hold its nerves and battle through the adversity will survive.