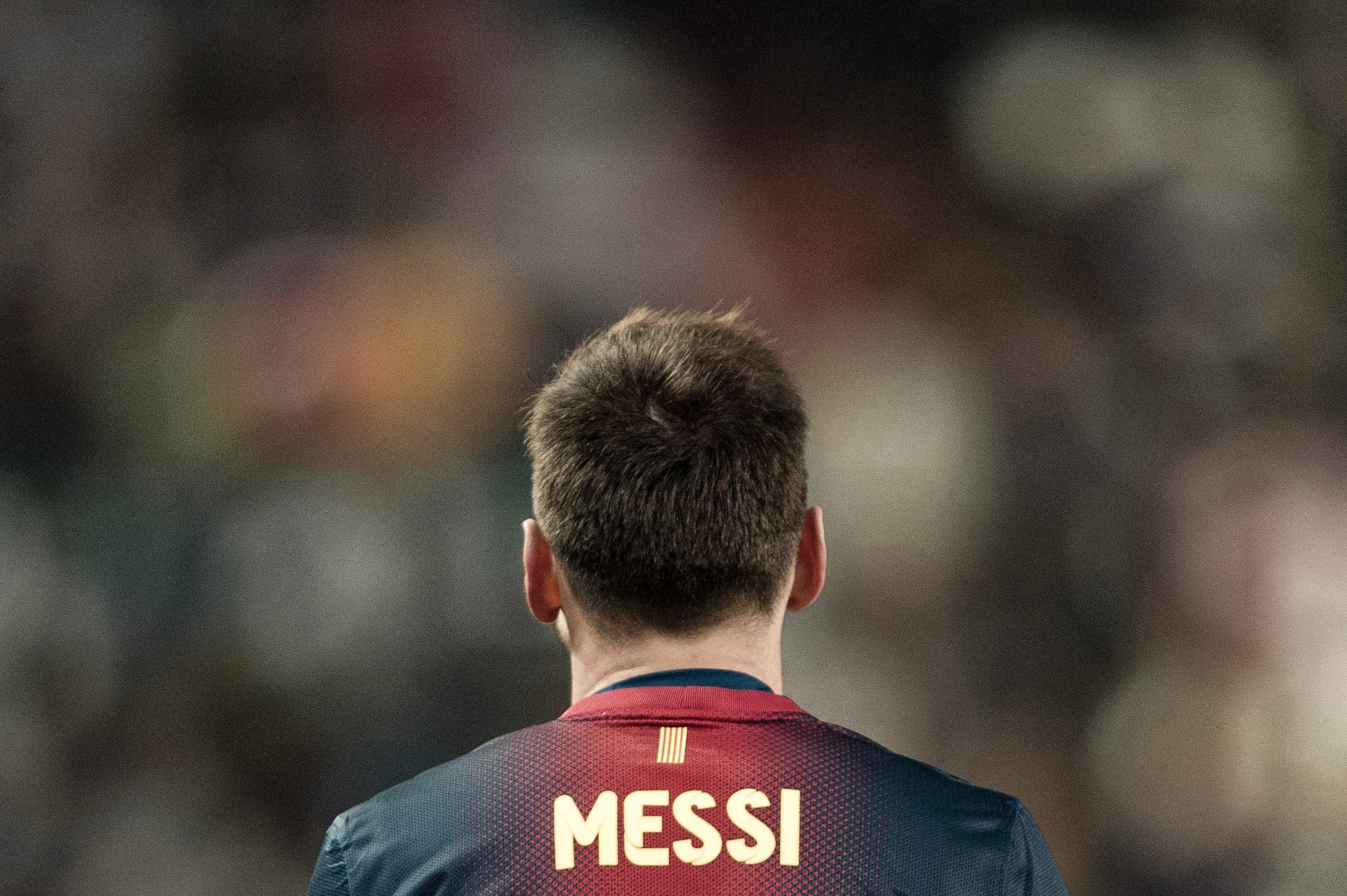 Continuing with the lessons Lionel Messi has taught, this one is about: Loving what you do, wholeheartedly. Lionel Messi’s love for football shows he doesn’t belong to this planet. He owns what he loves which is a lesson for success for many.

Messi is an epitome of goodness that comes out from his love and passion for the game. The skills he displays on the football field were never displayed before and as per pessimists; might never be showcased in Camp Nou again. He is an ardent performer, a mad-keen footballer, a fervid player, and a zealous sportsman.

Football is deep-rooted in Lionel Andrés Messi. Nothing stopped him from pursuing his dreams and becoming one of the greatest footballers of this era. Do you ever wonder what made him chase his passion vehemently and achieve the goals successfully? The answer to this question is Lionel Messi’s love for football. He loves what he does and owns it candidly giving an important lesson to learn!

“What I do is play soccer, which is what I like.”

When somebody loves what they do, the results are naturally exceptional. Messi, when exhibits his talent on the football pitch, his love for the game can be felt. The way he looks at the ball before scoring a tough goal demonstrates that every ounce of energy left in him will be devoted to this kick: it shows passion, fierceness, and commitment.

Messi’s love for the club

Lionel Messi’s love for his club and the game made him the backbone of Cules. He worked enthusiastically to polish his skills and lift his team to incomparable greatness and dominance in the footballing world. Barcelona is not just a club for him, it is the platform that brought the best out of him. It is the stage where he performs and displays his supernatural talents. Given the fact that he left his home, his friends, and his country to come to an entirely different place and for the greatest club of that time teaches us a lesson that when you love something devotedly, it will come running to you. After signing his first contract on a used napkin, Barcelona’s number ten never looked back. Over the years, he set a legacy at Camp Nou to be followed for years to come.

A love story to cherish

It is the love for the game as well as for his team that Messi fervently gave all his talents and peak years to FC Barcelona. He is one of the very few footballers who can be labeled as a one-club man. Undeniably, there’s no team in the world that doesn’t want this ‘Alien’ in their team. Various clubs tried to break this inextricable relationship of Messi with Catalans by presenting tempting offers, but love won every time as the captain never for once pay heed to the criticism for wasting his time at Camp Nou whenever the club faced tough times.

Having said this, the unmatchable Leo & Barca love story has all the basic chronicles of an intense love affair; hurt, tragedy, tears, obstacles. Recent times made this love story a bit sour though, leaving the masses to suspect a potential breakup in the coming times. Conversely, keeping in view all that Leo has given up for Barca, fans are hopeful that the club will overlook its bad decisions to create an ideal situation for their talisman to stay. Well, hope is a dangerous thing, the only option for now!

What matters the most is no matter how crucial the circumstances are, the focus of Lionel Messi remains there and is proven in the 2019/2020 season. It was the worst season for the Barcelona star so far thus, the Alien magic still managed to break a couple of records leaving the fans in awe of him! This has been made possible because a thousand words can’t describe Messi’s love and faith in what he does which is why the Spanish dictionary included a new word: “Inmessionante” which means “1. A perfect way to play football, an unlimited capacity for self-improvement. 2. Describes the best player of all time.”

Hence, Lionel Andres Messi teaches all of us another lesson; do what you love having a firm belief in what you and when the circumstances are odd, do it more passionately with some extra love and faith. The world is out there to let us down, but the faith and passion of Lionel Messi is a beam of light for dark paths when the confidence is losing and belief is shaking.

Being an occasional painter, I admire art and colors. When I first saw Lionel Messi spreading his spectrum of colours on the canvas of Camp Nou, I fell in love. Barcelona was the first club I was ever introduced to and I ended up becoming an overly emotional Barca fan. Watching them play is a distraction for me from the chaotic world outside and writing about them is a distraction from the diverse emotions inside the world of FC Barcelona.