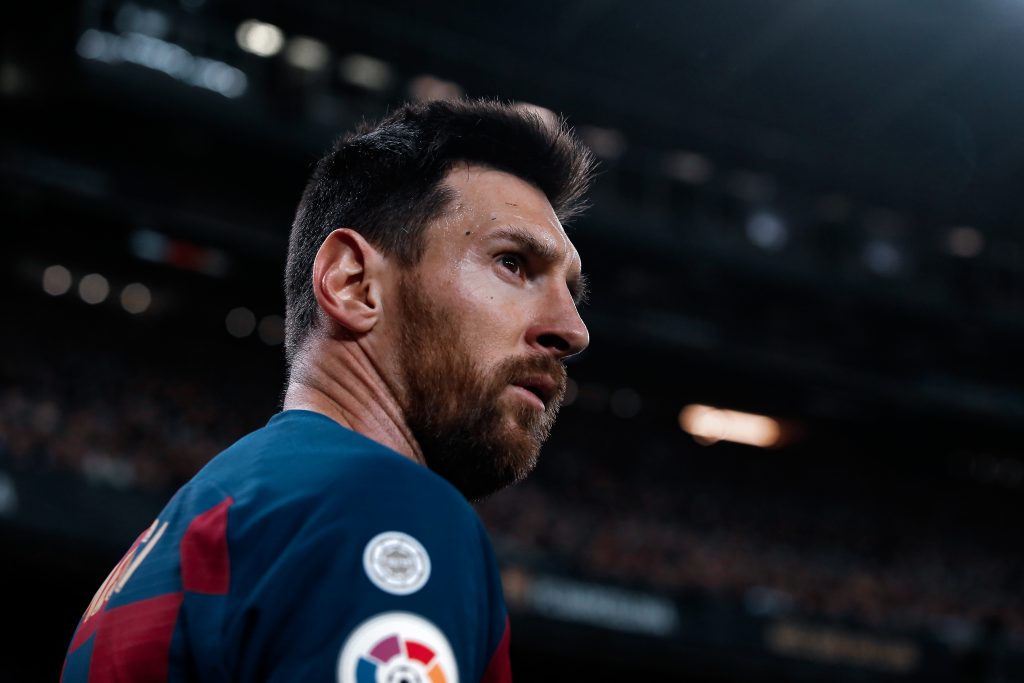 Lionel Messi turns 33 years old today, in a different birthday as it is the first time that he is celebrating this special date at a club level with FC Barcelona. Every year that passes we continue to see the same genius of Messi. But why is this birthday crucial?

There is no doubt that Lionel Messi’s talent is unique. In the entire history of football, we have never seen someone as remarkable and extraordinary as the Argentine. In previous years, though, Leo had been spending his birthday on vacation or with his national team. Atypically, this 24 June will be different for him. After the pandemic, drastic measures were taken for the return of La Liga, making Messi spend his birthday for the first time at FC Barcelona and competing for the league.

Moreover, La Pulga is already 33 years old, an age in which the date to hang up his boots is slowly, and sadly, approaching. But what does this mean for the number 10 of Barça?

Lionel Messi since his 32nd birthday

Messi turned 32 on 24 June 2019. Right after having been crowned champion of La Liga, but also after having suffered a painful defeat in the final of the Copa del Rey and the tragedy at Liverpool’s Anfield in the Champions League semi-finals. Similarly, he was competing with Argentina in the Copa América, in which they were knocked out in the semis by Brazil. Even so, having completed his first season as the captain of FC Barcelona, Messi was prepared to think about the approaching future: the 2019/20 season.

If we go back in time, we would never have imagined that this campaign would be such a strange one for the world, for football, for Barça, and, of course, for Lionel Messi. Unfortunately, Messi‘s season did not start in the best way. With a foot injury, the little genius had to be away from the pitch for around 40 days, making him miss four La Liga games.

After Barça’s inconsistent start in La Liga, with a record of two wins, one loss, and one draw, Leo couldn’t wait anymore to be back and support his team, forcing his return despite not being fully recovered. This is how Messi made his debut this term against Borussia Dortmund in the Champions League. But something was clearly wrong. His goalscoring record was poorer compared to previous years. The games passed, though, and little by little the Argentine started recovering his best level. At last, he was already scoring regularly again.

Some time later, in January, and following the blaugranas‘ poor results, coach Ernesto Valverde was sacked and was replaced by Quique Setién. One more obstacle for Messi, who had to adapt to a new manager in midseason. At the end of Valverde’s era and start of Setién’s reign, the captain looked very fatigued. He wasn’t explosive and wasn’t as effective in front of goal. Partly because of the injury from the early months of competition, and perhaps because of age. The reality is that Messi was not the same. He needed rest, but could not get it due to the injuries of his teammates in attack.

A birthday competing for La Liga

Regrettably, some time later, the world of football was paralysed by the COVID–19. But, like all bad news, there are always some positives that can be taken. Regarding Barcelona, Lionel Messi had three months in which he could get rest and recover his fitness. Something which he desperately needed and that only this pandemic could give him. Finally, the real Messi could be seen, since he had been performing at a strange level for the majority of the 2019/20 season.

The first two games since the return of La Liga were fantastic for the Argentine. Two goals and two assists. Nevertheless, due to the new dense schedule in which the players have less rest, Messi has looked tired against Sevilla and Athletic Club. Furthermore, competition against Real Madrid for the top spot has forced Leo to play the full 90 minutes in all these four clashes. Undoubtedly, a different birthday than what the Barça legend had in mind.

Is it time to think about retirement?

The average age at which an elite footballer retires, or leaves the high-caliber football to play in less demanding leagues, is 35. Legends of Barcelona have hung up their boots in recent years and, of the golden generation that conquered the world a decade earlier, only Lionel Messi, Gerard Piqué and Sergio Busquets remain. Based on age, the number 10 is the next in line, along with Piqué. But how many years does Messi have left playing in a team like Barcelona?

Captain Carles Puyol retired at the age of 36, following a couple of seasons full of physical problems. Midfielder Xavi Hernández left the club at 35, magician Andrés Iniesta at 34 and tenacious defender Javier Mascherano at 33, all of them to play football at a less demanding level in a different continent. But what about Messi? Will he reach 34, as Iniesta, will he wait until Puyol’s 36, or will he face an atypical situation like that of one club man Francesco Totti with Roma, who retired at 40 years of age?

When will it be Messi’s turn to retire? A question no one wants to hear, but that Barcelona must ask themselves in order to plan the future better | Photo by Xavier Bonilla via Imago

Looking at his level, and putting it in a context of normal competition, there are still many good years left for Messi. Maybe until the age of 36, then retiring at 38, or, being optimistic, waiting until his 40s. Messi is a special and unique player in his existence. When it looks like he has done it all, he offers things that are not normal for his age. So there could still be many more years ahead of a brilliant Messi. Of course, injuries have to respect him, and maybe he will not play his last years at the level that we know him for. But he will continue to be the best of the best for a long time.

What does it mean that Messi turns 33?

As Leo turns 33, it means that Barça still have the best Messi, but that the club has to start preparing for when he is no longer there too. Building a project to ease the pain when the Argentine is gone. Of course, his departure will negatively affect many aspects, but it would not affect them as much if there was a solid project behind.

Is also implies that Barcelona have to advantage of the best Messi in these next three, four, five years to win great titles before he exits. It means that he can still lift important individual trophies and be crucial in matches. It means that there is still time to enjoy him and see him perform at his 100% in the most critical encounters. This birthday means that we have to be grateful to Lionel Messi, because the inevitable end is getting closer.

“I look at Messi, and he makes me laugh. A beautiful footballer who is still like a kid. A world superstar, but still a kid. Innocent, you know. He just plays”

For now, let’s enjoy the unparalleled magnificence of Lionel Messi. Let’s pray that he can win as many titles as possible with Barcelona in the following years. Let’s hope that great football continues to be witnessed with him on the pitch. And, above all, let’s keep turning on the TV to watch Messi as if it was the first time that we saw the Rosario-born kid play. More than 15 years have passed and some things never change.

• 5 takeaways from the Barcelona 1–0 Athletic Club