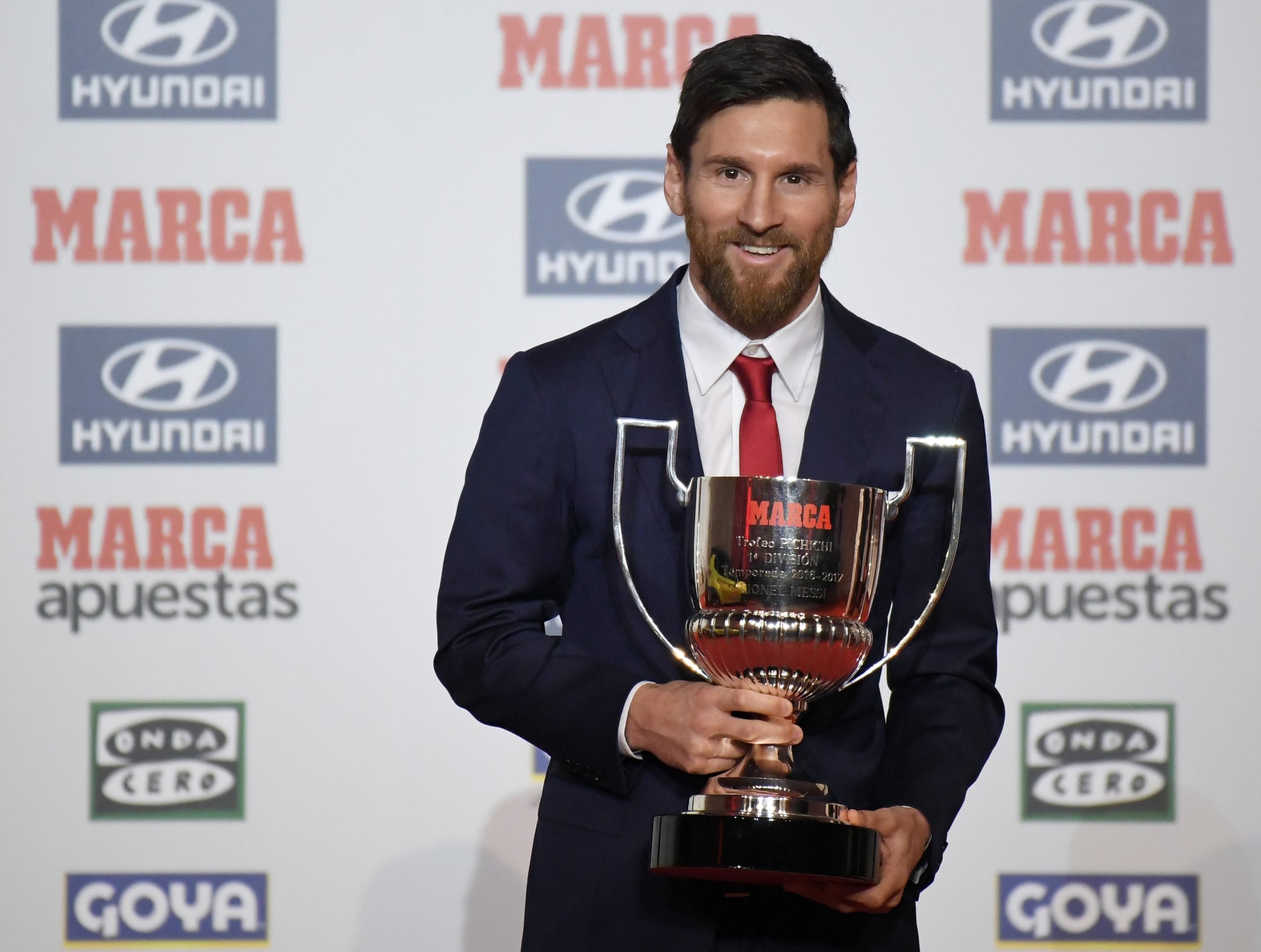 Lionel Messi, records, and trophies have almost become too synonymous in the football thesaurus. Even during season where he seems far from his level-best, Lionel Messi is easily able to pick up individual trophies.

Last season is an example of the same. While Barcelona fell to second place in La Liga, losing the title to Real Madrid in the process. Despite that, however, Messi broke the record for the most assists in the Spanish top-flight with 21, and was able to secure the Pichichi Award – given to the highest-scoring player in the Spanish league – with 25 goals.

Yesterday, he picked up the trophy, and spoke to Marca during the ceremony.

Isn’t it amazing to have won seven Pichichi trophies?

“The truth is that I would have never imagined that I would win so many and surpass Zarra’s record (six Pichichis). It is a very joyful feeling.”

At the moment you have fewer goals than when you won the Pichichi. Are you already thinking about the 8th trophy?

“I do not know. I am not really thinking about it. It is not something that worries me. I would prefer to win La Liga again, something we didn’t do last season, rather than winning the Pichichi, so we will fight for that.”

This season we have seen a big difference between Barcelona in the Champions League and Barcelona in La Liga. Do you think the team can win both competitions?

“We are going to try and win everything, as is always the case with the club. We are improving little-by-little. It is true to say that it took us a little while to get going in La Liga. We should not have dropped so many points.”

“I think we deserved more in the games against Alaves and Getafe, and also against Real Madrid at the Camp Nou. In those three games we created a lot of goalscoring chances, and if we had converted them, the situation in those games would have been different.”

Is there a formula to get back on the right path in La Liga?

“Now the important think is to have a streak of good results in a few games order to move up the table. This takes time and with the pandemic all the games are very difficult. The truth is football has changed a lot, and it’s difficult for everyone, but step-by-step things will settle.”

It has been nine months of empty stadiums in the pandemic. Is it hard for you to play without fans?

“Yes, very. It’s horrible to play without fans. It’s not a nice feeling. Not seeing anyone in the stadium makes it like training, and it takes a lot to get into the game at the beginning. That’s why we see such even games. It’s very hard to win whoever you are playing against.”

“The pandemic has caused football to change a lot, and for the worse. We are seeing it in games. Hopefully, after all this is over, we can get people back into the stadiums and get back to normal.”

You recently scored a special goal after which you paid tribute to Diego Maradona, how did you feel?

“It was a very special day and I was able to pay a little tribute that I had prepared. I was able to show his jersey. It’s a wonderful memory on a day which represents Diego no longer being with us.”