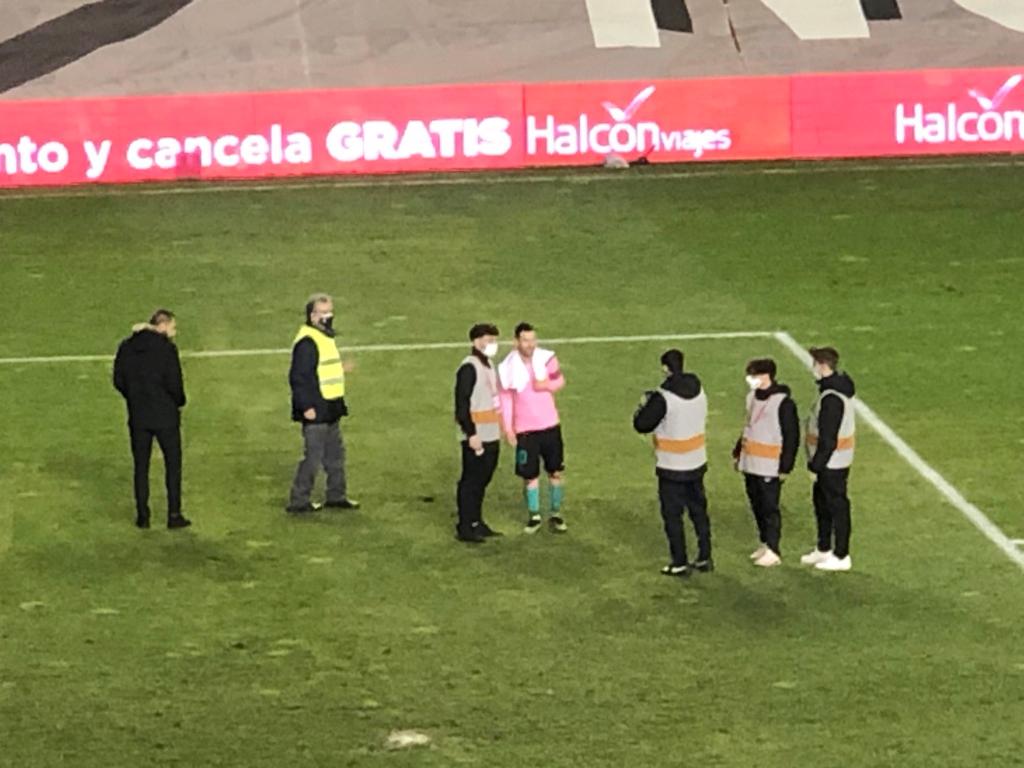 A heartwarming image of Lionel Messi has gone viral following Barcelona’s 2-1 win over Rayo Vallecano last night. After the Catalans secured qualification through to the Copa del Rey quarterfinals, Messi stayed behind to take pictures with the Rayo Vallecano youth team players and the ballboys.

The Barcelona captain was among the last players to leave the pitch following their away victory. Messi had returned from a two-game suspension after being sent off vs Athletic Club Bilbao going into this tie. After his typically bright display in the game, he won hearts after it with his humility. Never one to abandon his roots, Messi always paints the picture of a modest kid from Rosario with a passion for football.

After the game tonight, Lionel Messi remained on the pitch to take pictures with youngsters from Rayo Vallecano. Humble. pic.twitter.com/2QbMtWd5z3

Lionel Messi was instrumental in Barcelona’s comeback win over Rayo. After going behind in the 63rd minute, Messi popped up with the equaliser from an Antoine Griezmann pass. He also played a crucial role in the winning goal as his lifted pass to Alba allowed the left-back to square the ball to Frenkie De Jong to score. The win ensured Barcelona’s qualification to the Copa del Rey quarters as they chase a record 31st cup title.

Despite his slow start to the season, Leo Messi is slowly returning back to his best. The Argentine also seems much happier and more motivated to win, as has been reported several times over by this point of the season. His strike against Rayo also marked the 15th consecutive season where the prolific forward has scored at least 15 goals across all competitions. A happy Lionel Messi will naturally be Barcelona’s biggest weapon in their pursuit for silverware in the 2020-21 season, where the possibilities are limited.