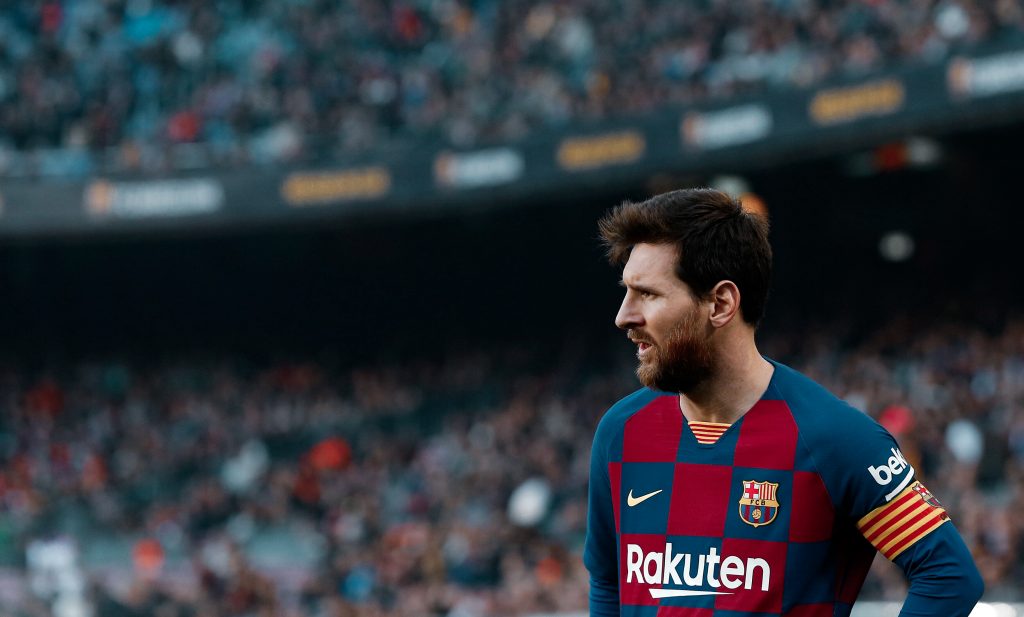 The long coronavirus break might have given all players, and particularly Lionel Messi, the chance to get the much-needed rest they could not enjoy through the regular season.

If there’s one man that’s going to reap benefits from football’s temporary time-out, it has to be Lionel Messi. While fans across the globe have been aching to bless their eyes with Messi masterclasses, it would be unfair to hide the fact that the Argentine looked rustier than ever before football events were adjourned.

A surprisingly mediocre display against Real Madrid, a subpar performance against Real Sociedad and a goal drought that stuck around for quite a while was tremendously worrisome to watch. Considering Messi had set his standards higher than the moon, him not able to bang goals on a consistent basis and terrorise oppositions like he normally did was by no means pleasing to witness.

While some claimed that the number 10 was overburdened, others assumed he was simply carrying an injury, which he had no option but to hide, in order to save Barça’s sinking ship. Though whatever the situation Messi was going through, one thing was certain: he desperately needed a break. Now that he got what he yearned for, what should fans expect from the menacing genius?

Taking a look at recent training clips, it would be safe to assume Leo’s claws are itching for success. He seems to be in the shape of his life, ready to pounce on anyone who dares to question his brilliance.

At 32 years of age, Leo will definitely not have the capacity to start games on a consistent basis, but at the very least, he will have the motivation, the hunger, and the desire to perform whenever the opportunity is given to him. A lion who has not feasted in over two months would undeniably be drooling over teams, and that’s exactly what spectators should expect: a bloodthirsty animal who just wants to torment opponents with his spectacular abilities on the ball.

Under Quique Setién’s reign, Messi has had the privilege to act with a lot more freedom in the centre of the park. Whilst he is believed to be far more lethal in front of goal, against various oppositions the little genius was seen to have ample flexibility when he dropped deep. This will not only allow him to be the prodigious playmaker he is, but also help him be relatively active upfield bearing in mind his fitness level seems to have recovered.

Another factor which should make Messi so fearful on the field is the reintroduction of his best buddy, Luis Suárez. The Uruguayan underwent a knee surgery, which caused him to be away from action for nearly two months, but it was evident that without him on the field, Leo lacked a presence he could rely on in attack. Notwithstanding that Luis has lost his flare as a striker, he played a crucial role for the team, and that was being Messi’s reference point. Antoine Griezmann failed to take that demanding role upon himself, therefore it wasn’t surprising seeing Messi often look ineffective in the final third. Now that the indestructible duo is back in business, Leo must undoubtedly be relieved.

❛ Physically we are well, we have done work at home. For many players who have not had holidays in recent years, it has been good for us to be able to work physically. We have also had more time to recover and rest. Players like Messi or Griezmann almost never have a break, between World Cups, the Copa Américas, Euros…Now they have had time to rest ❜

All in all, the possibility of getting to observe Messi at his very best would be a treat to the eyes. While countless fans would rather have football continue without any stoppages this season, as long as it helps Messi recoup and rest, this hiatus could be termed as a blessing in disguise.

After being a part of such a backbreaking season where the club had to even sack Ernesto Valverde, any player would require time to adjust to new surroundings and mentally be prepared for what’s ahead. This should surely help the Barcelona captain be the imposing figure he is known to be, and without of a shadow of a doubt, RCD Mallorca would already be melancholic at the fact that their first game is up against a vicious Messi, who has already made them pay in the past.