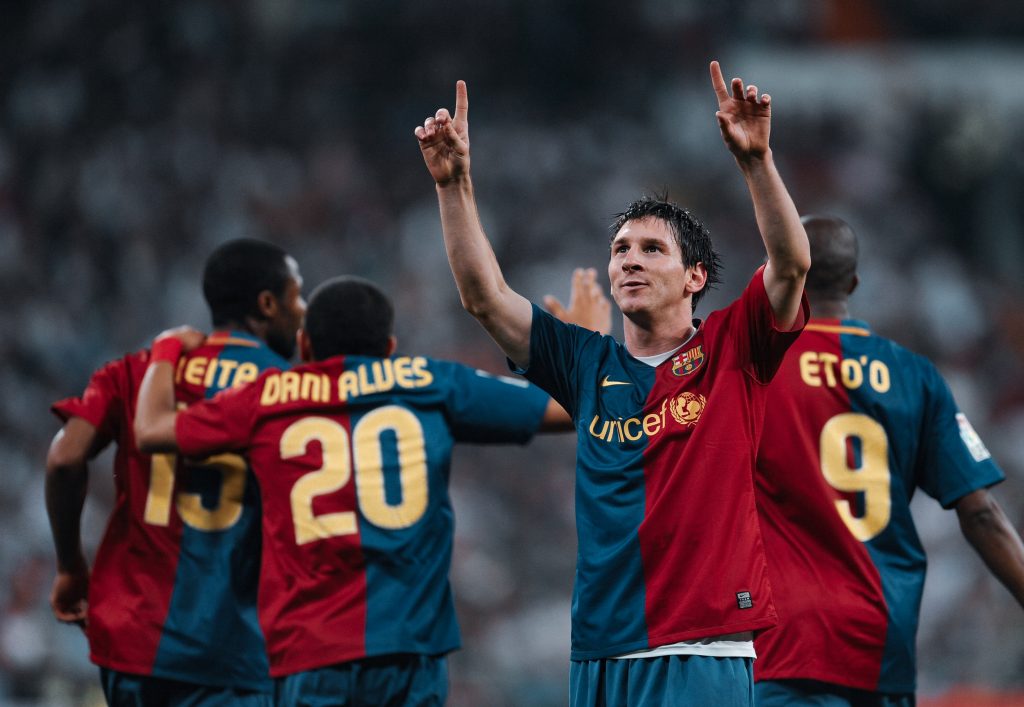 Understanding your players and what they have to offer on the pitch is a stupendously difficult task, but Pep read his players better than anyone else. While Guardiola has had his success at various clubs, one of his biggest accomplishments is when he led his Barcelona team to eternal glory, with Lionel Messi being the prestigious fulcrum in the iconic false 9 role.

The day Leo was transformed into a false 9 is the day every European side crumbled and cowered into fear. When the name of Barcelona would arise, Messi’s brutality on the field would instantly be pictured. Real Madrid suffered a barbarous blow in the Argentinian’s first game occupying the intricate role as Barça battered them 6–2 at the Bernabéu. Los Blancos had no counter to the Catalans’ forward line and simply witnessed Pep’s men wreak havoc. Though both clubs have come a long way since then, it’s fair to say Real Madrid still get nightmares from that era. Of course, Leo was a ruthless striker even before he had been introduced to the unfamiliar role of a false 9, but this particular position made him, and his teammates surrounding him, imperishable.

❛ I’d never played as a centre forward, but I knew that position because it meant coming through from deep to get forward, without being a static number 9. It wasn’t a big change for me. I’d been playing on the outside for years, and so I knew what that position was about ❜

The concept of the false 9 was simple, yet highly effective. Opposed to the work of a classic striker, the false nine would attract all the attention to himself, rather than stray away from it. He can not be a one dimensional forward and must be a highly diverse forward, thus it wasn’t surprising seeing Messi and Barça vanquish anyone that came in their way.

In this peculiar position, Messi would draw the opposition centre-backs towards him. While they would divert their attention from the highly energetic blaugrana wingers who would situate themselves depending upon the movement of the ball, spaces would open up immediately. Often Leo would exchange one twos with the players on the flanks or simply conjure his way past disoriented defenses given he was an elite dribbler.

Leo and Pep, masters behind a masterpiece | Photo by Cordon Press / Miguelez Sports via Imago

There was a lot more Messi could do in this post, however. For example, being that extra man in midfield helped Xavi and Iniesta make possession more purposeful or simply allowed Leo to thrive in his playmaking aspect. Due to having the liberty to play as a deep-lying striker or dropping into midfield, one of the major reasons the number 10 is such a refined playmaker nowadays is because he just had the authority to do so much in his prime, which is obviously reaping him benefits to this day. Pep Guardiola saw the immense ability and potential in Leo and ultimately didn’t restrict him in confined areas where only certain aspects of his gameplay would shine. Since his talent as a forward was limitless, Guardiola maximized the current Barça captain’s capabilities.

Barcelona’s fluent football during that historic era was largely due to the fact that they had the best player in the world executing a demanding role with such perfection and ease. Though that being said, it was of utmost importance to have a team that understood Messi’s intentions. Pep, without taking his star studded squad for granted, ensured he fulfilled everyone’s excellence. It was clear for him: to get the best out of the false 9, he required a perfectly balanced team and considering he had such stability in his squad, Messi flourished while taking upon this new challenge. To this day, Messi’s reign of supremacy as a falso nueve is remembered as he tore apart Europe with the most terrifying team by his side.