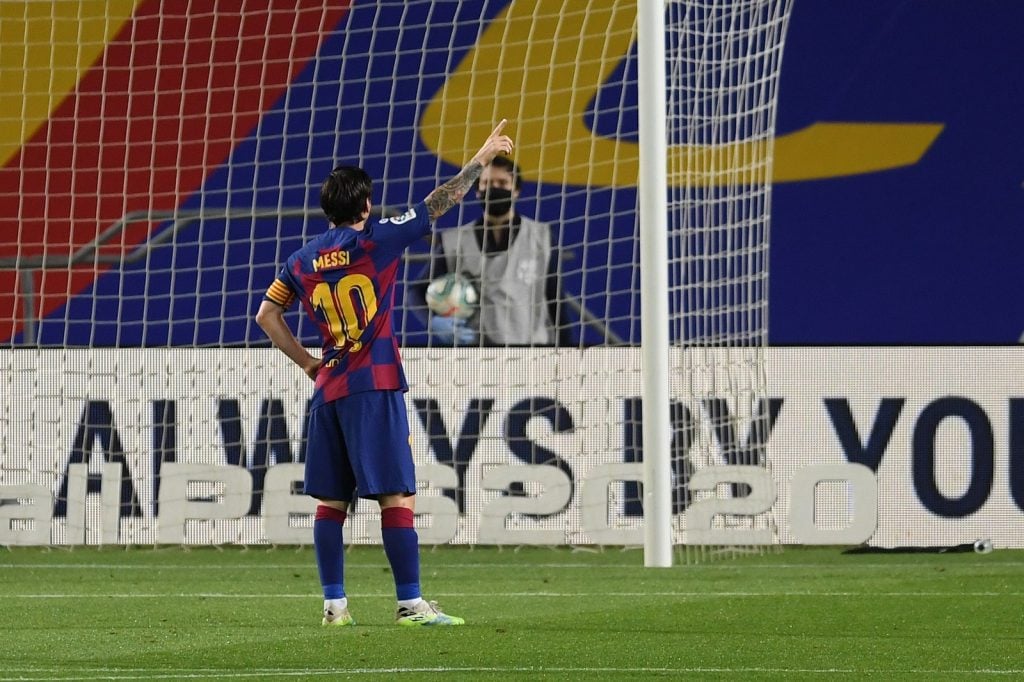 It hardly comes as a surprise anymore but even when you dare to think he’s slowing down, Lionel Messi will prove you wrong and then add a hat-trick on the side just for good measure. And you could think, well, maybe, now that he’s closing in on his 33rd birthday, that might actually be the case. You’d be wrong yet again.

Just like fine wine, a vintage car or a priceless artefact, Messi is seemingly getting better with age and you can clearly see in the way he moves, controls the ball, creates and above all, scores the goals. The numbers prove it too – Messi is having another unstoppable season.

A total of 21 goals and 14 assists in 24 games played in LaLiga certainly prove as much and that’s also with almost two months spent on the sidelines due to two different injuries. Quite clearly, and yet again, the Argentine is well above the norm.

Karim Benzema’s brace against Valencia the other night brought him a little bit closer to the top but Leo is still ahead and the race for the Pichichi is once again in his hands.

But Barcelona’s grand finale to the 2019/20 season is anything but easy. In fact, looking at the schedule, it has ‘drama‘ written all over it and everything starts with tonight’s trip to Ramón Sánchez Pizjuán where Sevilla, currently the third-placed team, await the Azulgranas.

Julen Lopetegui has a formidable squad at his disposal and Quique Setién may need a bit of magic to get all three points tonight. Luckily for him, he has a magician in the team.

Messi is having another unstoppable season but the real test begins right here and right now – can he drag Barcelona over the line yet again? For him, nothing is impossible but the schedule is packed and unforgiving.

It’s still a long way to the finish line but everything is a bit easier when you have an ace up your sleeve. And Barça’s ace, despite getting older, is stronger than any other on the planet.