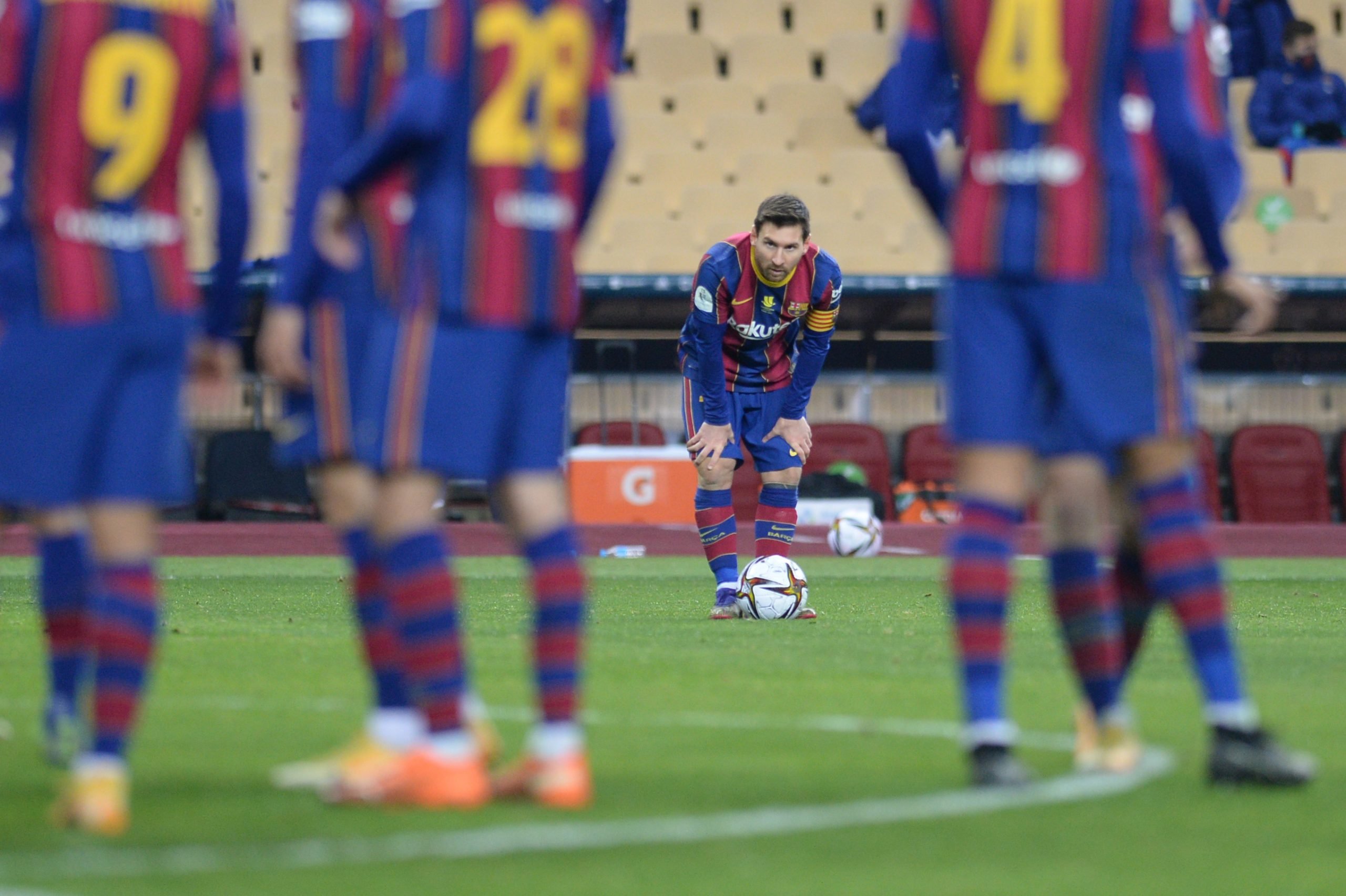 The Spanish Supercup was supposed to be Barcelona’s way back into the mix; a much-needed morale boost for a faltering team that needs a push. However, it ended up doing the opposite as the Catalans failed to win the game against Athletic Club, losing out in extra-time.

But they also ended the game with 10 men as Lionel Messi of all people saw red for his harsh start at the end of the clash. VAR decided it was a challenge worthy of being sent off so the referee did just that and handed the Argentine his first red card of his club career with Barcelona.

Unfortunately, the situation doesn’t just end there. Messi had only returned from injury for this clash specifically and according to some reports from Javi Miguel, he could now face a four-game suspension.

Needless to say, this complicates things for Barcelona immensely. However, while there is no denying Leo is a key piece of the jigsaw, maybe he could use the rest, if we try and put a positive spin on a rather difficult situation.

After all, he was not supposed to start last night’s clash, let alone play the full 120 minutes of it and then get sent off for his troubles. Ronald Koeman may not have had much of a say in the matter, however, so fingers shouldn’t be pointed at anyone just yet.

Anyone except Messi, that is, because that was firstly a harsh reaction and he should’ve known better and secondly, it was most likely him who pushed to play the game from the very start.

The overall performance from the team was not on the required level, however, with or without Messi included in that equation, and it seems there’s still a long way for this team to improve.

Hopefully they can start doing that very soon.