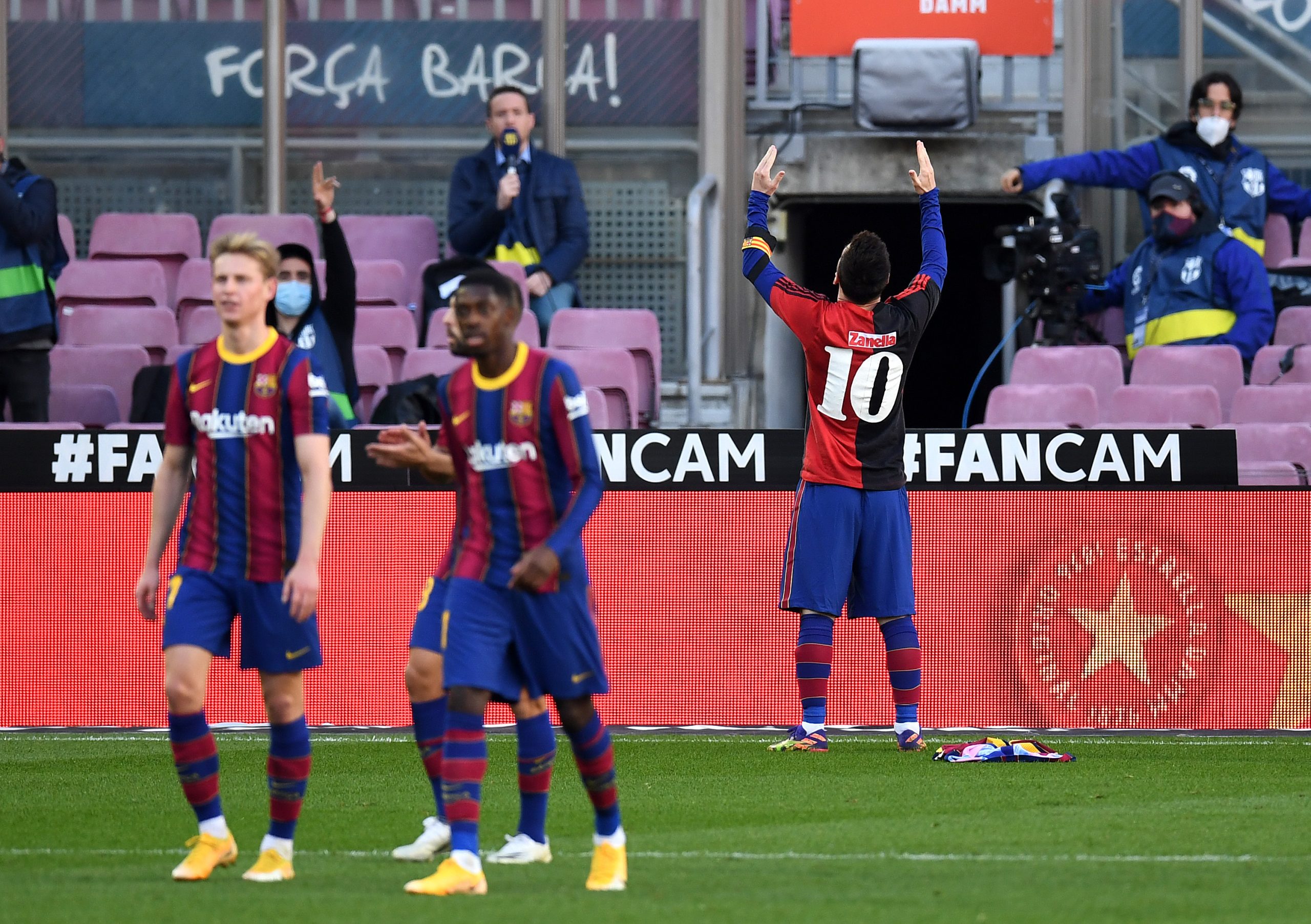 In a performance of special goals and performances, Lionel Messi stood out as the best performer yet again for Barcelona.

With the game at 3-0, and Messi having already created multiple chances for his teammates, the only thing that was missing from the game was one for the captain himself. And boy did he get it.

As the clock struck 73 minutes, the Argentine received the ball outside the box from Fransisco Trincao, who himself had no idea what was going to happen.

Messi skipped past one, past two, past three, and right at the edge of the box, let go of an absolute thunderbolt, which tore through all air currents, right into the top right corner. Lionel Messi put it right where the devil sleeps.

He removed his shirt to reveal a vintage Newell’s Old Boys shirt with a #10 on the back in tribute to the great, late Diego Maradona, who passed away from a heart attack this week. An emotional, heartfelt tribute from his compatriot, who looked keen to get on the scoresheet throughout the game, and for good reason.