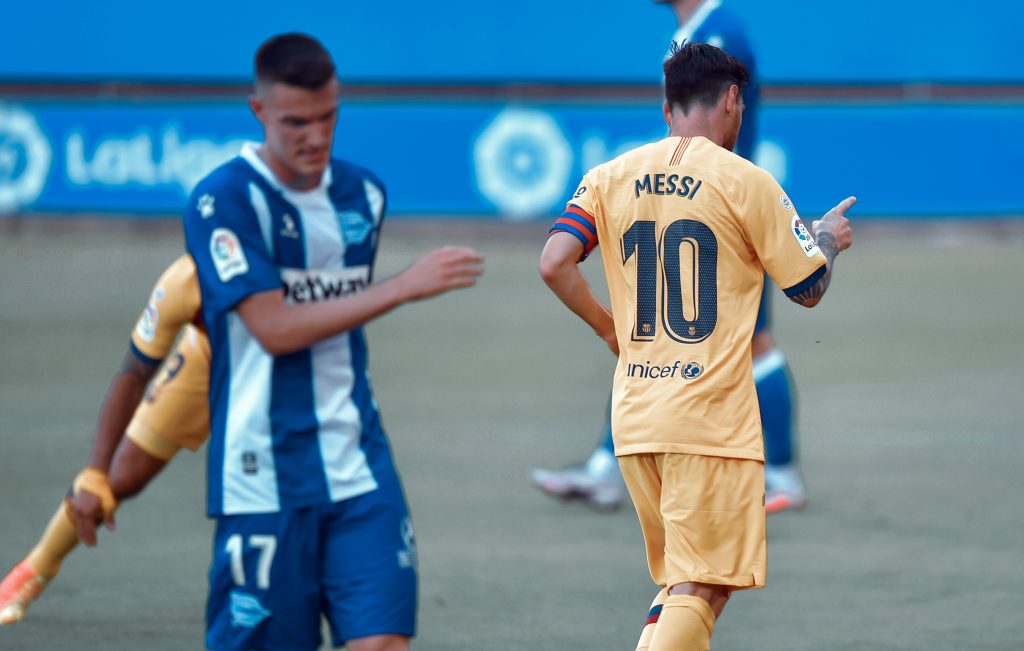 With his assist in the victory against Deportivo Alavés, Lionel Messi managed to break Xavi Hernández’s record to become the player with most assists in a single La Liga course.

On Sunday, with the end of La Liga, Lionel Messi managed to add another achievement to his record list. With his assist in the victory against Deportivo Alavés, Messi broke Xavi Hernández‘s record as the player with the most assists in a single La Liga campaign in the history of the competition. Xavi’s highest figure was in the 2008/09 course, where he recorded 20 assists, but with his pass to Ansu Fati’s opener at Mendizorroza Leo overcame his former teammate for his 21st assist this term.

The Argentinian could also equal, but not beat, the record for the European leagues held by Bayern Munich’s Thomas Müller. Both have registered 21 assists this season, the most in history in Europe. By sharing the crown with the German international, Messi achieved, once again, a historical milestone in international football.

Despite having won the Pichichi trophy for a record 7th time, this has not the best year for Lionel Messi in terms of goalscoring stats. That said, he has known how to improve and evolve by increasing his assisting figures and generating clear cut chances for his teammates. If he does not score, he allows others to score the goals. Leo could not finish this disappointing campaign for Barça without taking something positive from it.

Even if many consider this an average year for Lionel Messi, he has improved Thierry Henry’s record-breaking 2002/03 season | Photo by Jamie McDonald via Getty Images

It should be noted that with his assist and brace against Alavés, Lionel Messi also surpassed the record from Arsenal’s former Thierry Henry for the most goals contribution of players with 20+ goals and 20+ assists. Henry completed 20 assists and 24 goals in the 2002/03 Premier League season. Now not only did Leo join Thierry’s 20 / 20 club last week against Real Valladolid, but versus Alavés he also placed himself ahead of the Frenchman with a total of 21 assists and 25 goals.

The truth is that throughout the season Messi has displayed his most creative version ever. He has matured in using his vision to look for teammates, and on many occasions he has preferred to pass the ball before shooting, knowing what the best for the team is. If the number 10 manages to maintain this level in terms of assists and perfect his effectiveness in his shots, fans could be witnesses of the most complete Lionel Messi ever seen.