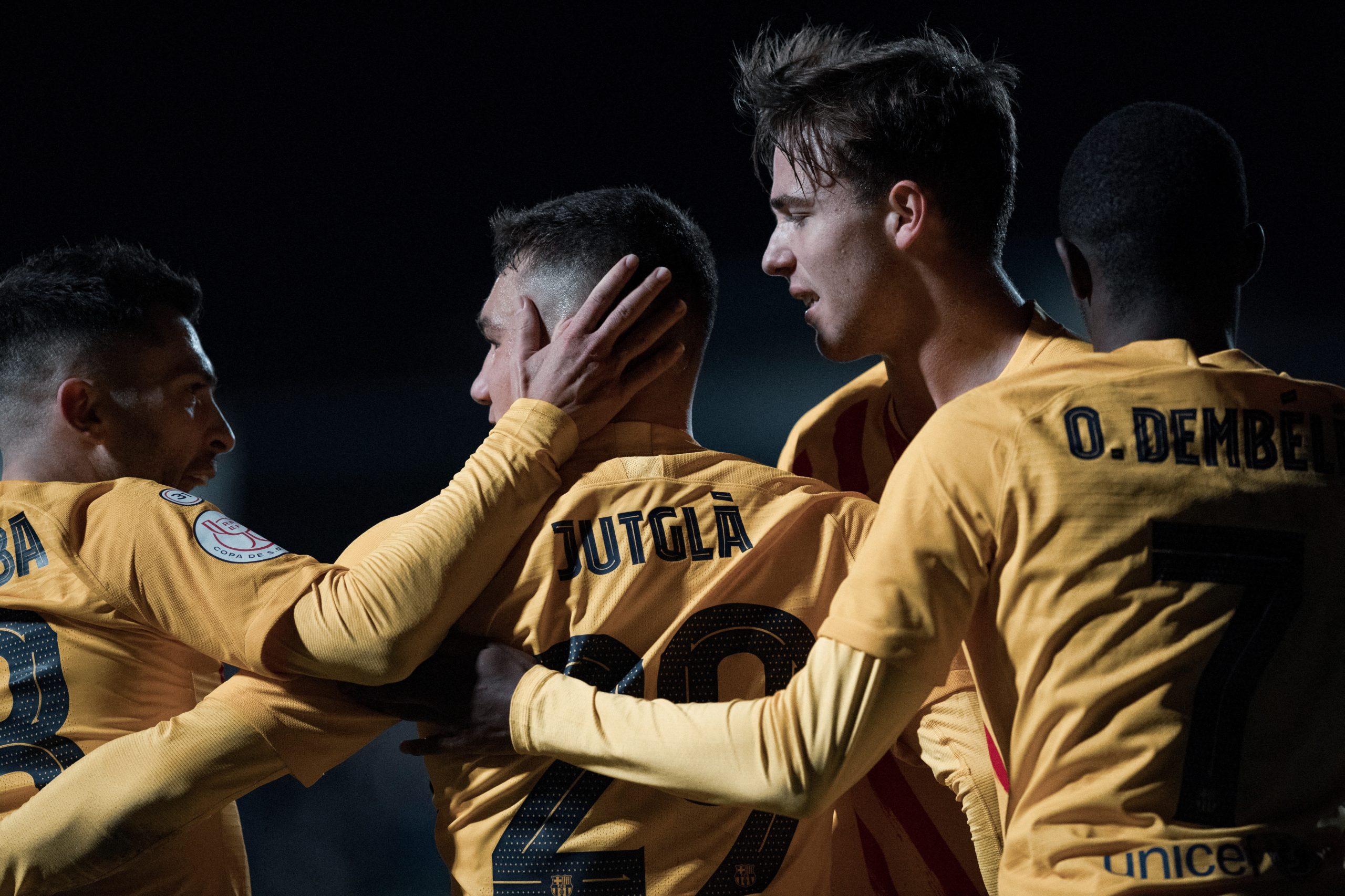 Ahead of the game against Linares, if there was one sentiment that reigned, it was one of fear. Barcelona had a plethora of players out through a myriad of factors. As such, expecting defeat, while not the likeliest of outcomes, was still not the most outlandish of things.

Nevertheless, after a quite mesmeric second-half performance, Barça overcame their first half demons, winning by two goals to one. In this article, join Barça Universal as we award the match ratings for the comeback win in the King’s Cup.

A hopeless bystander in some periods, a woeful passer in others, this was far from ideal a performance from Neto. The Brazilian doesn’t merit criticism for the goal, however, he could have done better with his ball distribution. Perhaps an exit for him is not too long from now.

This was shaping up to be yet another one of Araujo’s best performances, however because of his injury, his time was cut short. In the time he did play, he provided an offensive threat and snuffed out that of his rivals. Hopefully, he recovers soon.

Another decent performance from Mingueza. With his only key pass of the game, the Spaniard got an assist. Bar that, he was mostly dependable in defence…except the goal he should have stopped. The 22-year-old made nine recoveries, and for most of the game, kept his rivals at bay.

Having habitually been let down by his midfielder in Riqui Puig, Garcia needed to be at his brilliant best. The Spaniard indeed was. He made four tackles (most in the game), nine recoveries, and was never once dispossessed off the ball. Solid defensive outing.

Man of the match performance from Alves. Despite having left the team six years ago, he barely suffered. Sure, he cannot run as he used to, but his brain is just as intelligent. He dominated the right flank with his wingers. A fitting return for a legend.

With regards to his passing ability, Nico was very on point. He, much like Frenkie de Jong, is a menace when it comes to ball-carrying and had the most in the match. The Spaniard could, on another day, have gotten on the scoresheet, but his assist will do.

Form is temporary, class is permanent. Sergio Busquets had another one of those nights where he simply oozed brilliance. His ball distribution was phenomenal, and so too was his ability to press his rivals and steal the ball. His presence was dearly missed.

A poor performance on many levels from a man many expect a lot from. Riqui could not have performed much worse. The Spaniard carelessly lost possession or put others in a position to lose it. Furthermore, his positioning and defensive work left a lot to be desired.

Not much can be taken away from Alba. Offensively he was quite sound, making four chances for his teammates whilst also taking two of his own. Defensively he was reasonably resolute, providing some safety, but his carelessness leading to the goal should never have happened.

His first half had two halves. In the opening twenty or so minutes, he offered quite some offensive threat and almost got a goal of his own. After that, however, he phased out of the game. His decision making gradually became worse, and he was subbed off at HT.

He is quite the discovery. Jugtla had possibly his best outing in a Barça shirt. Not only did he score an outstanding winner, but he also played a massive hand in ensuring threat in the wings. On the ball, he is quite the player to watch. A memorable night for him.

Having come on for the injured Ronald Araujo, Pique was just as resolute defensively. His passing ability perhaps hastened things. Overall the Spaniard’s reliability and experienced added more than they detracted from the team.

Having suffered through Riqui Puig in the first half, de Jong added some much-needed stability in the defence. The Dutchman’s defending was a massive plus to the team as well. A decent outing for him, but one ending in injury.

Having come on for Frenkie, the onus was on Alvaro to perform. He was decent in the midfield and had a chance to finish off the game which went marginally wide.

Facing his favourite type of rival in the form of third division teams, Dembele was amazing. He scored Barça’s opener in style and was a constant threat for the team in the second period.