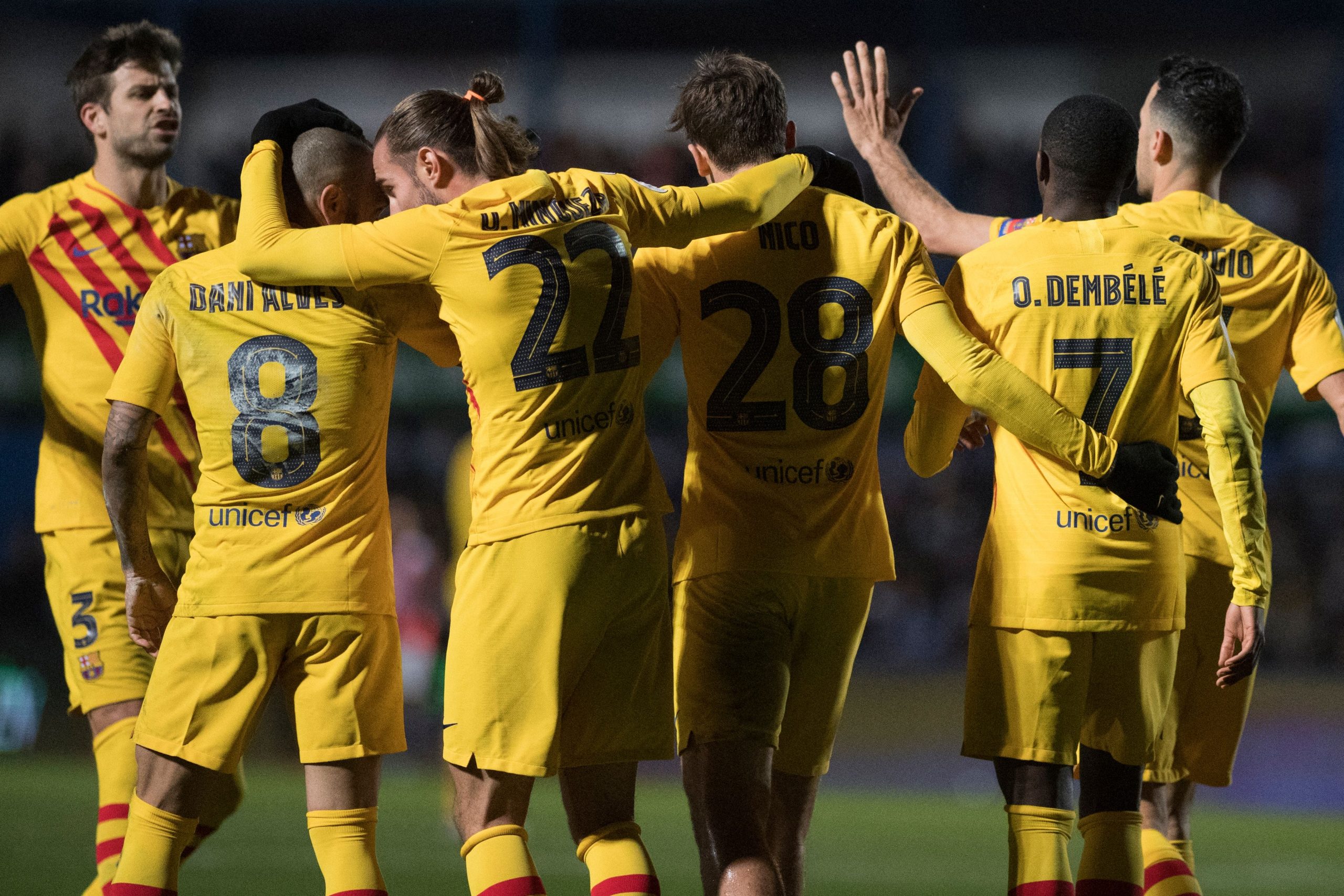 Before the match, Barcelona had a seemingly easy objective as they faced CD Linares. The Andalusians are after all a third division club, and Barça realistically should have had no reason to fear them. Notwithstanding, it was quite a tough game for the Blaugrana away from home.

Barcelona started off brightly, with several chances coming their way in relatively quick succession. The Blaugrana created chances through Ilias Akhomach, who for the opening 20 or so minutes was quite impressive in his play. Dani Alves and Nico Gonzalez combined early on to create a chance for him, but it went agonizingly wide.

Several moments after said chance was created, Linares found an unlikely opener. The Andalusians went on a rapid break, and from a cross, which Riqui Puig should have dealt with better, Antonio Luiz Diaz made just the right contact to slot the ball into the back of the net. There is little to nothing that Neto Murara could have done, as it was quite a fine, yet avoidable effort from the Spaniard.

Subsequent to this Barça did not cower in fear. Granted some positional errors from Riqui Puig, among others, created chances for the rivals, nothing since the goal was especially dangerous from Linares.

Over the course of the match, the Garnet and Blue would continue to create more chances. Unfortunately for them, all went agonizingly wide. One from Jordi Alba, with the goal essentially gaping wide, was criminally missed.

The Catalans went into the second half a goal down, and with much to improve on with regards to finishing. 83% possession, several big chances, and eleven shots merited better than a 1-0 deficit at halftime.

The second period started much like the first ended, with Barcelona creating chances, but none ending in the back of the net. Ousmane Dembele, who came on, tried to create a few chances through crosses, but they were mostly off in the first 10 minutes having come on. A painful lack of precision on his part hurt the team.

In the 63rd minute, Dembele, just as the last time when he faced a third division side, scored a wonder goal for Barça. A sumptuous strike from outside the box to level the scoring, and give his side a much-deserved goal.

Nico Gonzalez would waste a chance to double Barcelona’s tally not too long after this. On the other end, Linares thought they went ahead, but the goal was ruled out for offside.

Completely in the run of play, the Catalan giants would prove their worth. Ferran Jugtla made a sumptuous run and, having cut inside with his right foot, neatly slot the ball into the back of the net.

After this, two shots went off the frame of the goal from either side. Linares through Cristian Carrecado struck the post from quite a brilliant curling effort from outside the penalty box. On the other end, Dembele got a chance to double Barcelona’s lead but had his venomous strike hit the crossbar.

Despite Linares’ efforts to salvage a draw, they could do nothing, as Barça ran away 1-2 winners in the Copa Del Rey. They now advance to the round of 16.