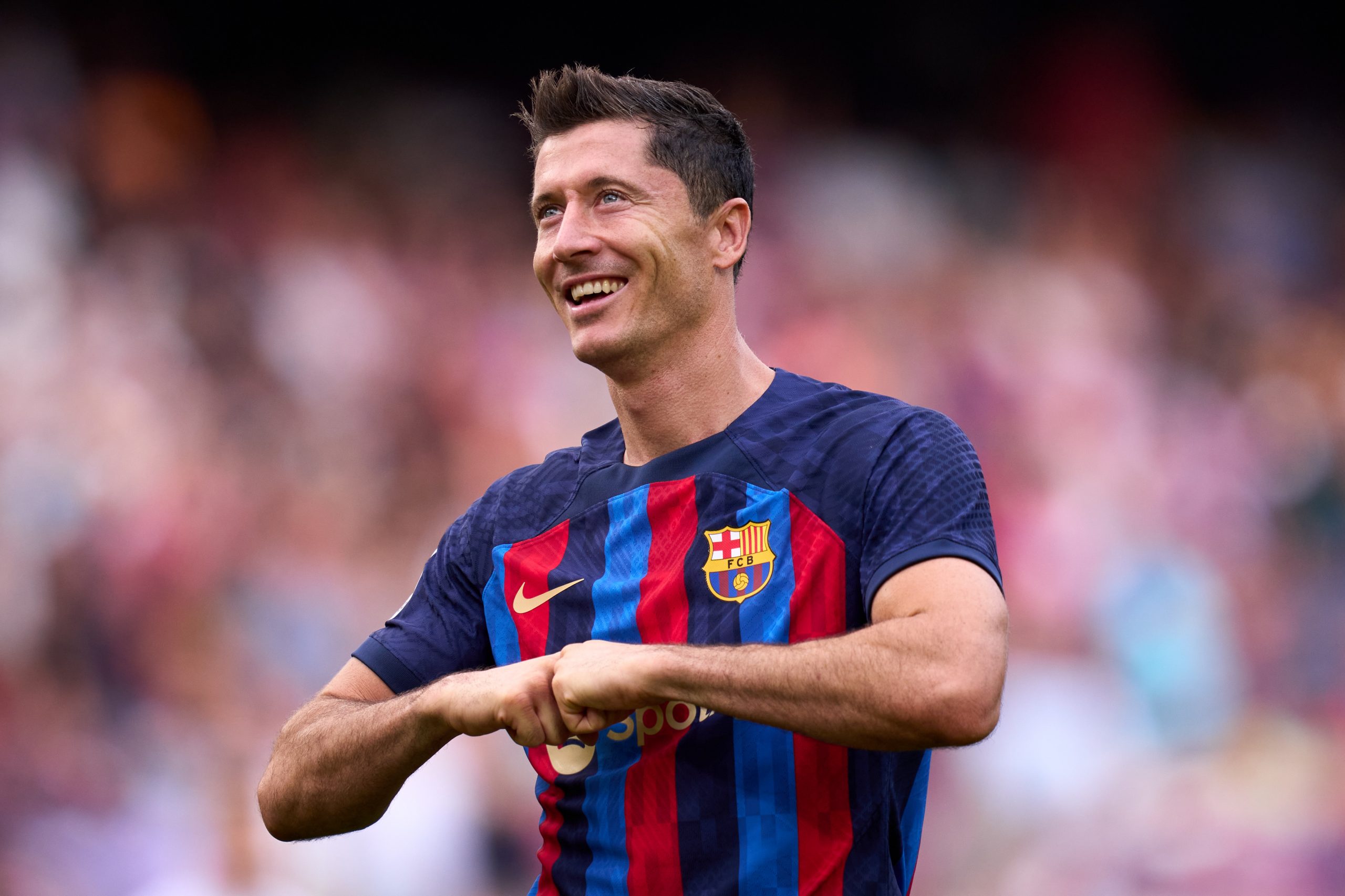 Barcelona forward Robert Lewandowski has enjoyed a great start to life at Spotify Camp Nou. Having arrived from Bayern Munich in the summer, the 34-year-old is already a fan favourite among the culers, having netted 11 goals in eight matches already.

“I feel proud, but I didn’t expect it to go so smoothly that the fans at Camp Nou would start singing songs about me so soon. It all made me feel as if I had been in Barcelona longer than I am. Everything fits in time beautifully.“

The only low point for Lewandowski so far at Barcelona has been the loss to Bayern Munich in the UEFA Champions League last week. He reflected on the defeat, saying that given the way Barça performed, they should have won the game, or it should have at least ended in a draw.

Barcelona were stung by a series of missed opportunities against the Bavarians as the Germans eventually won the game 2-0. Lewandowski, himself, had a few opportunities to score against his former side, but the Poland veteran failed to find the target.

“The Bayern game should have been won, or at least a draw. The Bayern match is a lesson for us,” he explained.

The Bayern Munich clash last week was the first time Lewandowski entered the Allianz Arena as an opponent since leaving them in the summer. Speaking about it, the 34-year-old said that he did not expect to receive any hostility from the fans.

“No [I was not afraid of the crowd], because I was expecting what would happen,” said the Polish striker. “After I signed the contract with Barcelona, I travelled to Munich and met the Bayern fans and saw what they told me and how they dealt with me.

“The Bayern fans are very smart, they know how to differentiate between what is written in the press and the truth. They know and remember what kind of person I was, how I acted, what I did, what I said, etc.”

It was a night to forget not only for Lewandowksi but for the entire Barcelona squad. When asked about one particular moment that excited him the most about the game, he said:

“I think just entering the stadium. Although it was a strange feeling to go to another locker room and warm up in another area. It was all different, weird, and extraordinary.”

“But that was also a huge challenge for me, that come back, after all, it’s impossible to stop all these feelings all of a sudden. It was not just a sporting match for me, it was also an emotional match,” he added.

Lewandowski, who played alongside Thomas Muller and Leroy Sane among others, now shares the field with young guns like Gavi, Pedri and Ansu Fati at Barcelona. When asked about the youngsters, he said:

“No, I have not played with so many youngsters in one team, Gavi, Pedri, Fati or even Ferran, he is two years older but still young too. These guys, despite their young age, show great quality on the pitch.”

Given his age and experience, Lewandowski is rightly expected to be the mentor and the forward is happy to help out the prodigious talents at Spotify Camp Nou.

“I don’t feel it, but I know they know I’m there for them and they’re ready to talk and they’re not ashamed to ask me. I am happy to talk to them because I see the great potential in the team and the speed of development of the players.”

Despite arriving in Barcelona at 34, Lewandowski has scored goals like he has been here for a long. In fact, adaptability hasn’t been an issue for the veteran.

“I wasn’t expecting to start like this because you can’t guess the beginnings. But I have to say I didn’t count the numbers etc, I came and tried to win help as much as possible.

“I feel very comfortable here, not only because of the club I came to but also because of the atmosphere. Colleagues, and staff, all treated me well, and how they did everything for me to fit in here, it all makes me feel very privileged in Barcelona.

“I knew that the first period of adaptation would be very important not only for me but for the team as well and I did everything to get over it as quickly as possible, for myself and for the team,” he said.

The 34-year-old also explained the difference he has experienced while playing in the German Bundesliga and the Spanish La Liga.

“Bundesliga was definitely more physical. In Spain, many more teams try and want to play football. This is how I see it now, but I do not rule out that the perception will change. We are facing matches with teams that will defend themselves.

“This was the case last weekend against Elche. Seemingly the last team in the table, I scored two goals, but it was really hard for us to play because the opponent was very defensively positioned and moved skillfully on the pitch,” explained the 34-year-old.

Lastly, Lewandowski opined that although winning the coveted Ballon d’Or does not bother him much, players from Barcelona are more likely to win it.

“Maybe Barcelona’s players won it more often, but this trophy does not keep me awake at night. My approach is that from Barca there is a shorter way to the Golden Ball than from Bayern,” he concluded.