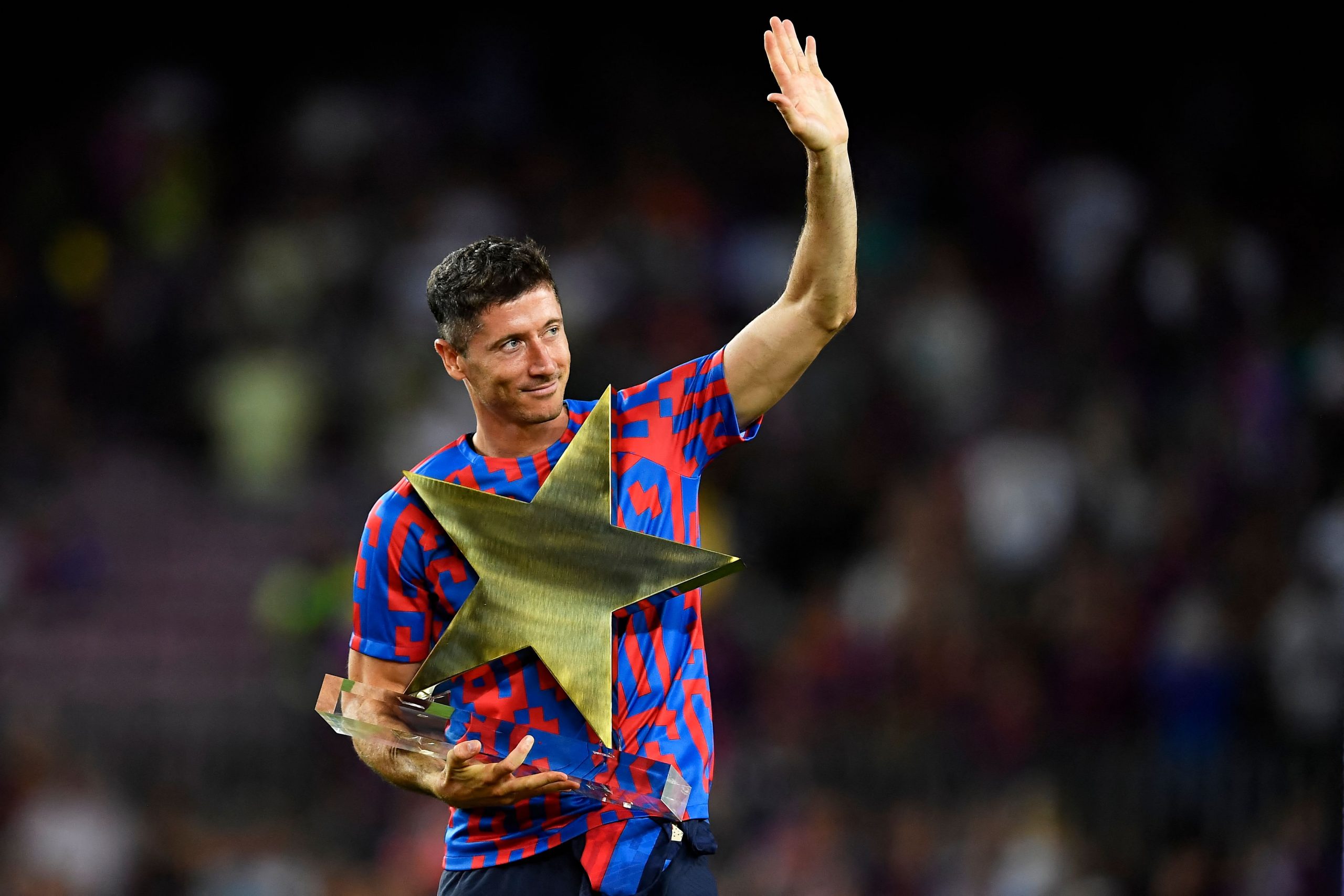 Speaking in an interview with BILD, Robert Lewandowski has revealed that he left Bayern Munich for Barcelona this summer in order to ‘fulfil a dream’ and not because of the rumours of Erling Haaland’s potential arrival at the Allianz Arena.

The Lewandowski-Bayern-Barcelona transfer saga dominated the headlines for a good part of the ongoing transfer window.

The 33-year-old striker had made it clear towards the end of the last season that he did not wish to sign a new contract with the Bavarians and had his heart set on a move to Camp Nou.

However, the German champions were unwilling to sanction a sale and put up a strong fight, before eventually giving in to the player’s wishes and letting him join Barcelona, in a deal worth €50 million, including variables.

Lewandowski spent eight years at Bayern Munich after joining them as a free agent in 2014 from Borussia Dortmund. The Poland captain scaled great heights during his time with Die Roten, winning a host of trophies, scoring a bucketload of goals and breaking records for fun.

So, the way he pushed for an exit came as a surprise for some fans, prompting speculations that the striker was upset with the Bundesliga champions as they were reportedly planning to sign Erling Haaland.

However, issuing a clarification on his reason to leave, Lewandowski has stated that it had nothing to do with the Haaland rumours.

“No, that wasn’t a problem for me. I didn’t leave because Bayern were working on signing Haaland, I understand that. I left because I wanted to fulfil a dream,” Lewandowski said during the interview.

When quizzed if he would want to face Bayern Munich in the group stages of the Champions League, the striker replied: “No! It doesn’t have to be in the group stage. That’s too early and it would be a weird feeling for me. My wish for the draw is: please not the ball with Bayern.”

The 33-year-old was also asked how he thought Bayern Munich fans would react if he were to return to the Allianz Arena as an opponent. In response, Lewandowski said:

“I don’t know, I hope positively. I’ll only have positive memories from my time at Bayern. My story with FC Bayern will always remain in my heart”

Despite his high-profile signing, Barcelona have been unable to register Lewandowski or any of the other summer arrivals so far. However, there is a belief that the 33-year-old will be registered in time for the Catalans’ La Liga season opener against Rayo Vallecano.