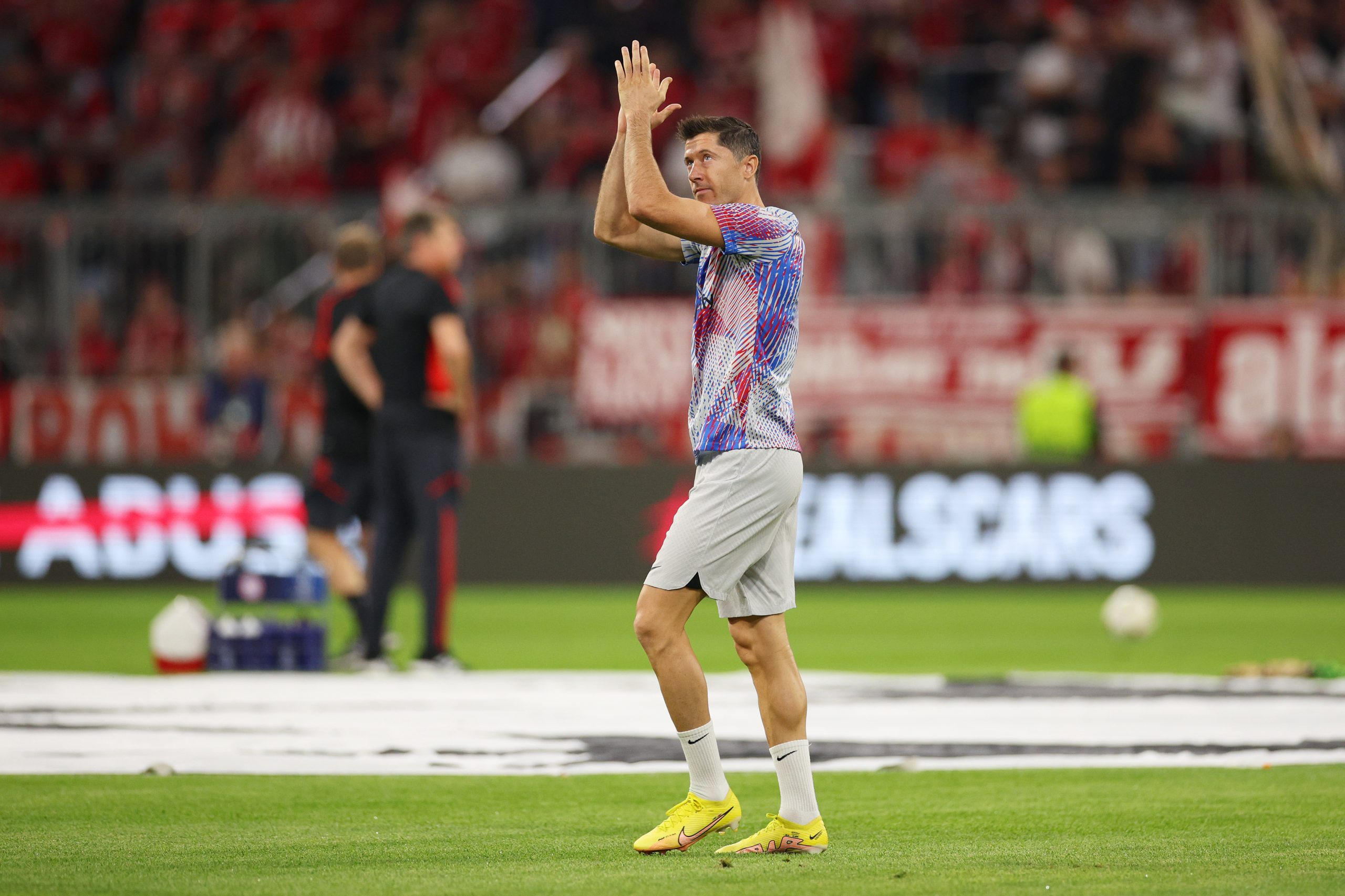 Speaking to BILD journalist Tobi Altschaffl, FC Barcelona superstar Robert Lewandowski has expressed his gratitude towards Bayern Munich fans for the reception they gave him earlier this week at the Allianz Arena.

Lewandowski left Bayern Munich after spending eight years at the club and winning a host of titles and trophies. The 34-year-old signed for Barcelona after much resistance from the Bavarian giants and has hit the ground running in Spain.

As fate would have it, Barça were drawn alongside Bayern Munich in Group C of the UEFA Champions League. And Lewandowski ended up returning to the Allianz Arena on Matchday 2 of the group stages earlier this week.

The Poland captain was greeted warmly by Bayern Munich fans with applause while training, even though there was some anger on the manner of his exit this past summer.

And now, Lewandowski has thanked the supporters of the German champions for welcoming him back to the stadium in the manner that they did.

“I’m very grateful to the fans in Munich for the way they welcomed me. That was respectful, nice and important to me. I was in Munich for eight years, not two or three. You cannot throw that away or forget it,” Lewandowski said.

While the ace goalscorer received a great reception from the fans, his return to Allianz Arena proved to be an unmemorable one as he failed to find the back of the net and missed several gilt-edged chances over the course of the game.

As a result of the missed chances, Barcelona ended up losing 2-0 at the Allianz Arena despite having dominated the clash for a long time. Lewandowski and the Catalan giants will be hoping to exact revenge on Die Roten when the two teams clash in the reverse fixture next month.