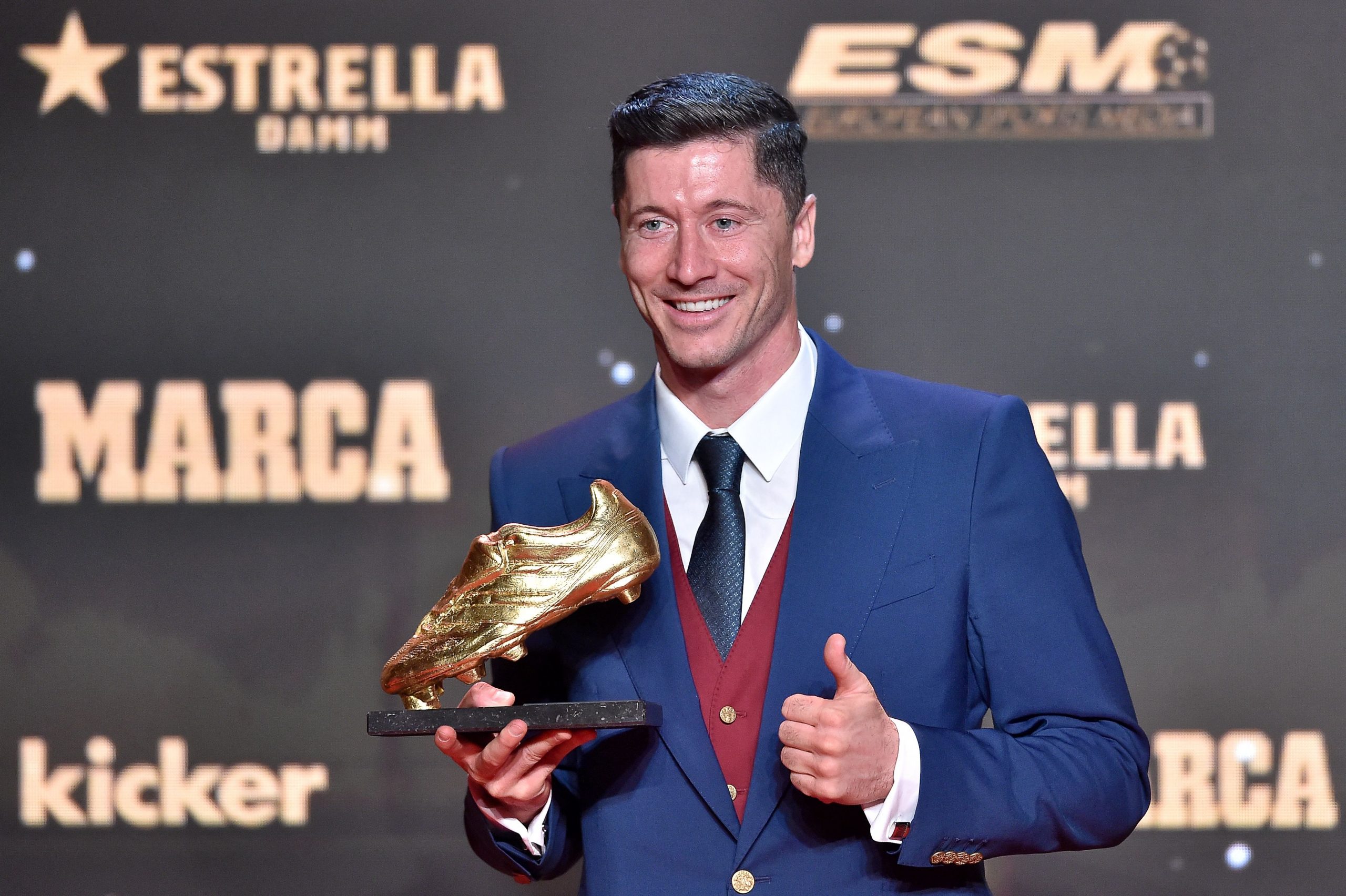 Speaking after the Golden Boot gala (h/t Cadena SER), Barcelona striker Robert Lewandowski has offered an explanation about the gesture he made following his sending-off in the game against Osasuna last night.

The 34-year-old started the game at El Sadar but was sent off at the half-hour mark after he received two yellow cards.

The Barça striker picked up his first yellow card in the 11th minute for a foul on Nacho Vidal before he committed another foul on David Garcia 20 minutes later, resulting in a second yellow and the sending-off.

While such a dismissal would earn a one-game ban, Lewandowski made a gesture while walking off the pitch when he touched his nose and seemingly pointed towards referee Gil Manzano, which could land him in hot waters and possibly earn a three or four-match ban.

However, explaining his actions, the 34-year-old has claimed that he did not mean to disrespect the referee and that his gesture was towards manager Xavi Hernandez with whom he was interacting about the red card.

“About the gesture, it’s even funny because last week I was talking with Xavi, that in the future it could happen that I saw a yellow card and I had to go (expelled) for another yellow card, and that it would be hard. I had that ‘feeling’ that it could happen,” Lewandowski said.

“And after what happened I made this gesture to Xavi, not to the referee, it’s a big difference. It was like saying ‘what we talked about, today has happened.”

“The gesture was for my coach, not for the referee. It’s not that I was saying anything to the referee or ‘joking’, it’s what I said that I had the feeling that what was said was going to happen that night. It wasn’t for the referee,” he reiterated.

For now, Lewandowski will be suspended for the match against RCD Espanyol on December 31. It remains to be seen if he is handed any additional bans because of his gesture, although Alfredo Martinez is reporting that Barcelona plan to appeal against any such decision.