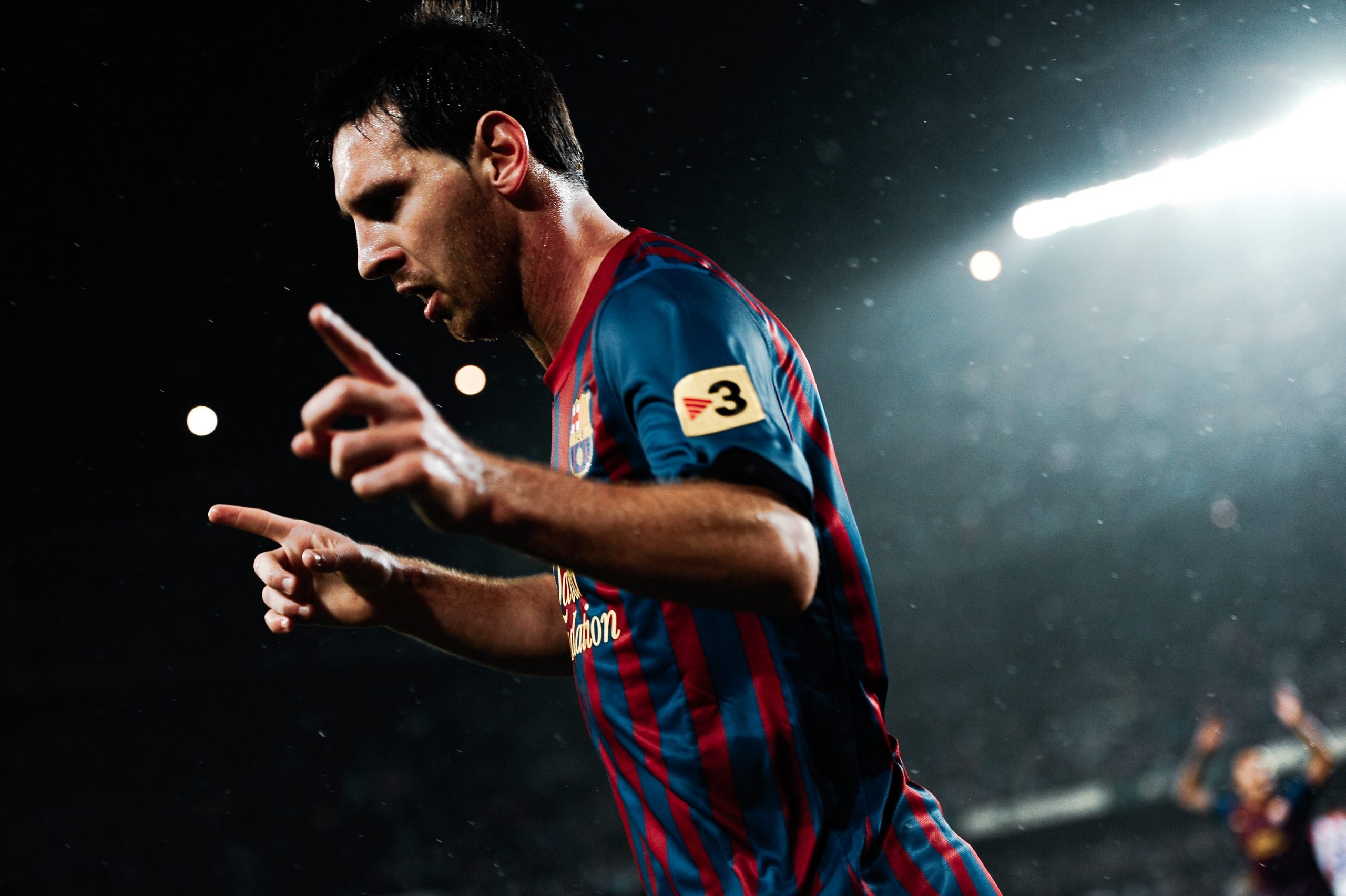 Lionel Messi has produced unthinkable miracles on the pitch, but his achievements, acts and story have taught people many lessons. The first: to never give up.

33 years ago, there was a cleaner and a factory worker in Argentina; Jorge Messi. He became the father on 24 June 1987 of a slightly different child and named his son Lionel Andrés Messi Cuccittini. Jorge wasn’t aware at that time how lucky he was going to be later in life as the circumstances were another way round initially.

Lionel Messi wasn’t born with a silver spoon in his mouth but he surely came in this world with a fate people envy. Football being his childhood love, he stepped into his career in 1995 at Newell’s Old Boys in Rosario, Argentina. The eight years old was the best player among others. He was born to be a star and a revolutionist in the footballing world.

Messi was not like other children; he was passionate, devoted, and zealous from the beginning until the hormonal disease became a major hindrance for him. A game like a football needs an immense amount of energy and stamina but that’s where the trouble began when this little boy was diagnosed with growth deficiency hormone at the age of 11 years.

This was a matter of serious concern for his family as they didn’t have enough resources for his treatment. As a result, his growth was stunted. His passion for football became riskier.

However, the sky is the limit for the Argentine national. Where Messi’s parents were struggling with their limited resources, no team in Argentina was able to afford the medical expenses for his treatment. When everybody gave up, Messi thrived in adversity. He chose to bloom by not giving up on his dream and passion for football.

It was Messi’s thirst for playing football which attracted the greatest club of that time and 13 years old Messi was invited to Barcelona for they offered to train him at their youth academy: La Masía.

FC Barcelona also agreed to bear the medical expenses for their future number ten. Leo was so determined to achieve the goals that he left his family, friends, and the country to pursue his dream of hitting the highest ranks in football. The circumstances were formidable and the situation risker but Messi didn’t think twice before changing his lifestyle.

“It was not very difficult for me to come to Barcelona. I adapted quickly but my family did not. My siblings wanted to go back and they did. I was left alone with my father and he asked me ‘What should we do?’ I told him ‘I want to stay'”

Messi with his exceptional skills and passion surprised the Barcelona board during his trial and ended up signing his first contract on a piece of used napkin. That’s where the journey began and Messi’s love story with FC Barcelona started.

Hurdles during his football journey

The path to glory wasn’t free of thorns for Barcelona’s number ten but with his willpower, he made the challenges his greatest motivation. He turned the obstacles into encouragement and trials into inspiration. His drive to do the best made him unstoppable.

Messi’s perseverance and hunger for football never let his motivation die. Owing to his short height he often gets trolled and faced a lot of criticism in the past because of his physical structure. For a normal football player, this appears as a key demotivating factor and a moment of self-pity but Messi twisted it into his strength and an extra boost to do better.

He proved that his unorthodox size is his greatest advantage as it allows him to change directions quickly and play at any position. This ability of him to play at an unmatched level of balance showed him as an exceptional player.

While his unmatched talent has made everything seem easy, Lionel Messi did have to overcome many obstacles through his career | Photo by Gabriel Bouys / AFP via Getty Images

The Blaugrana captain made his first debut when he was 16 years old. At the inception, he plagued quite a several injuries which made the start of his career at FC Barcelona challenging. Even so, he didn’t give up. In October 2004, he appeared as the youngest player in his first LaLiga match at the age of 17.  Eventually, all impediments became short in front of the determination Messi had.

He unprecedently jumped from Barça C to Barça B and landed in the first team at the speed of light. At an early age of 20, he won his first prestigious Ballon d’Or award. He didn’t stop there and repeated this victory four times consecutively leaving the masses in awe of him. Those who used to criticise him started idolising, those who were mocking him found uttering awe-inspiring praise.

The victory was never enough for him; he always had a target to do better next time. His illustrious performances never took a toll on him and that’s why his desire to perform better never left his side. He became the outstanding goal scorer and with his phenomenal skills, he brought five titles for FC Barcelona in the 2014/15 season.

Having said all of this, things weren’t quite favorable for La Pulga lately. Circumstances were uglier than ever before in the recent past. The fiasco and news of Messi leaving FC Barcelona gave birth to speculations of Messi giving up the very first time in his life. This was a moment to ponder and disappointment for many but the talisman once again turned the tragedy into calmness with his ability to take the right decision.

The boy who was at the risk of losing his career before it started, became the greatest footballer of all times: all this happened because he chose to flourish and never gave up. Giving up has never been an option for him and this is an inspiration that everybody needs to have in their life.

The fast-moving contemporary life and strong competition in every aspect have made life quite difficult. However, Messi’s rule of not giving up is a key lesson to success during odd times. Whether it is professional or personal, how Lionel Messi achieved his dreams with persistence and determination gives a message that no amount of obstacles can stop anyone to hit the goals if the willpower is strong.