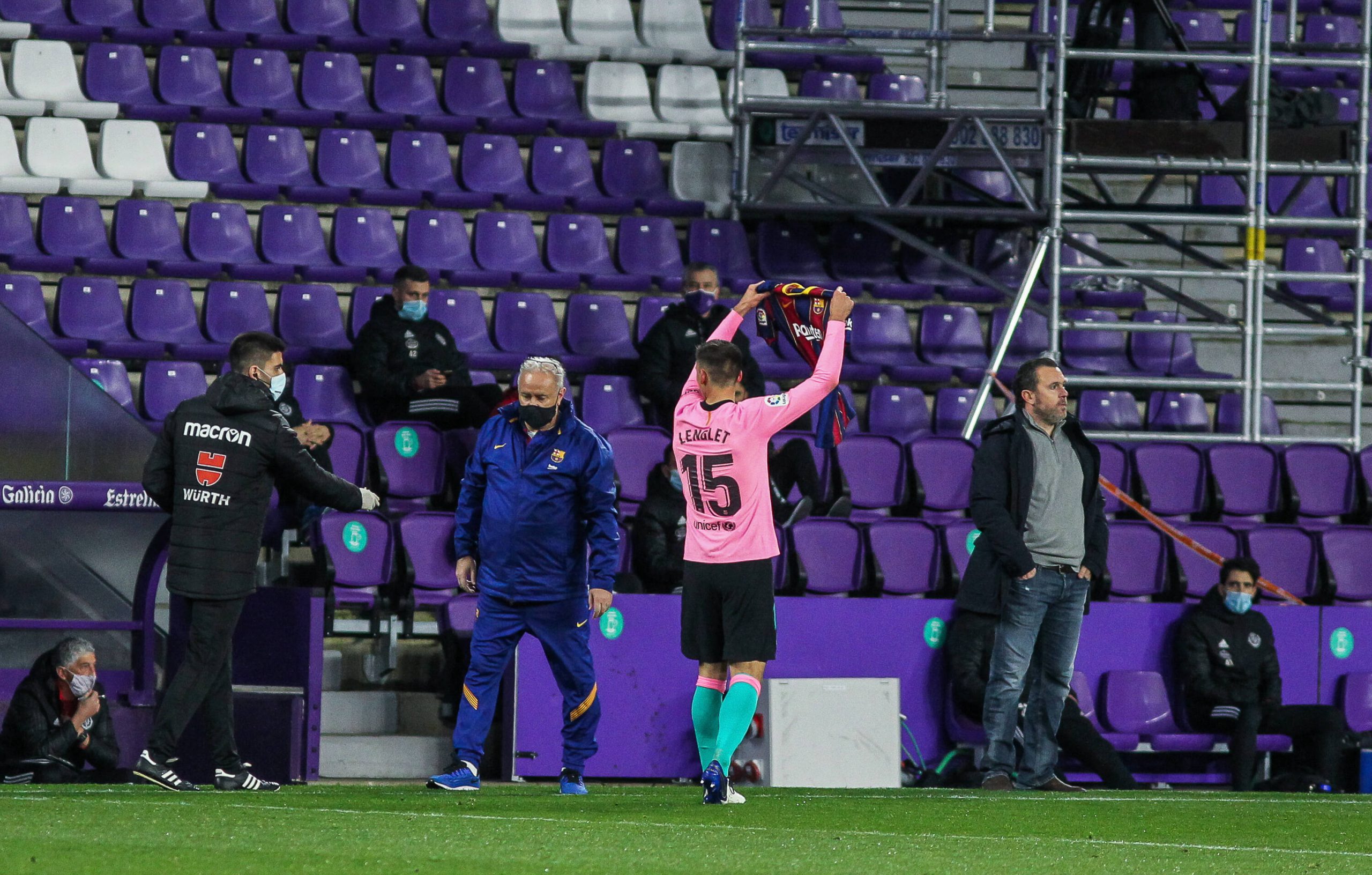 Clément Lenglet started his first game in a week against Real Valladolid. The Frenchman scored and led by example in an experimental lineup with three defenders in the back. Following his display, he spoke in the post-match press conference (via Barça TV+).

“We played a complete match. We are very happy with the win and playing well.”

This win against Valladolid is Barça’s first away victory in La Liga since the win at Balaidos in September. There are promising signs that Ronald Koeman has to build upon. Lenglet was asked what he thinks about the new system, but the 25-year-old passed it over to Koeman:

“It’s up to the manager to change the system. He’s the one who chooses, and today it went well. Jordi was able to play higher without having to do so many long runs to defend and that suits him.

“We don’t have much time to prepare because there are so many games and a few breaks. We do what we can with the short time we have.”

Despite that it looks like the Dutchman has found his new system, we have to mention that a victory over a poor Real Valladolid side can by no means be a measure. There are still a lot of aspects to improve in, and these should come with time if Koeman can stay consistent with his system.

After having a brilliant connection with captain Lionel Messi, Pedri was chosen Man of the Match. Lenglet praised the two:

After scoring the opener, Lenglet tributed for Moussa Wagué, who is suffering from a potentially career-ending injury. Everyone hopes that the Senegalese defender recovers soon.

“Wague is the dressing room’s friend, and we had spent lots of time together. He has suffered a very bad injury and we hope he can recover soon.”