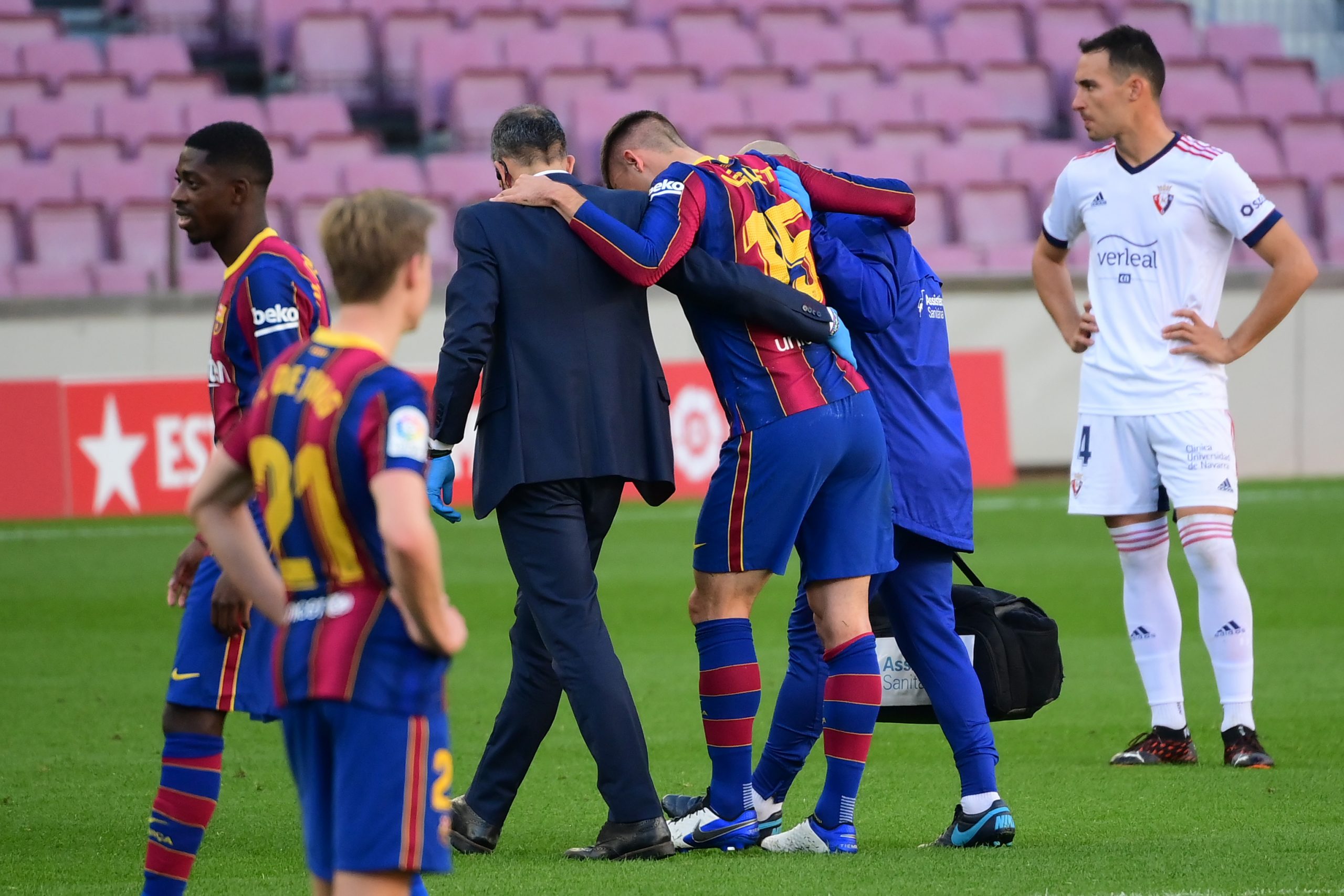 Barcelona started the game against Osasuna with just one first-team centre back fit in the form of Clement Lenglet. The Frenchman was partnering Oscar Mingueza in the heart of the defence, while Frenkie de Jong was deployed as part of the double pivot alongside Pedri.

With Barcelona already hamstrung with injuries this season, the only other thing apart from a convincing performance Culés were hoping for was a stop to the conveyer belt of constant injuries.

Alas, their hopes wer left unfulfilled as Clement Lenglet picked up an injury after winning a header. His landing, though, caused him problems as his right foot stretched away from his body following which his ankle twisted.

The 25-year-old was subbed off minutes later with Carles Aleña coming in to replace him, and de Jong moving into the backline to partner Mingueza.

There have been no further developments on Lenglet’s injury, yet, but it is one that has hampered Barcelona with no fit centre-backs in the senior squad. With Ronald Araujo still a week or two away from recovery, we might see more of Mingueza and de Jong and if push comes to shove, Arnau Comas being promoted, even if it is temporarily.