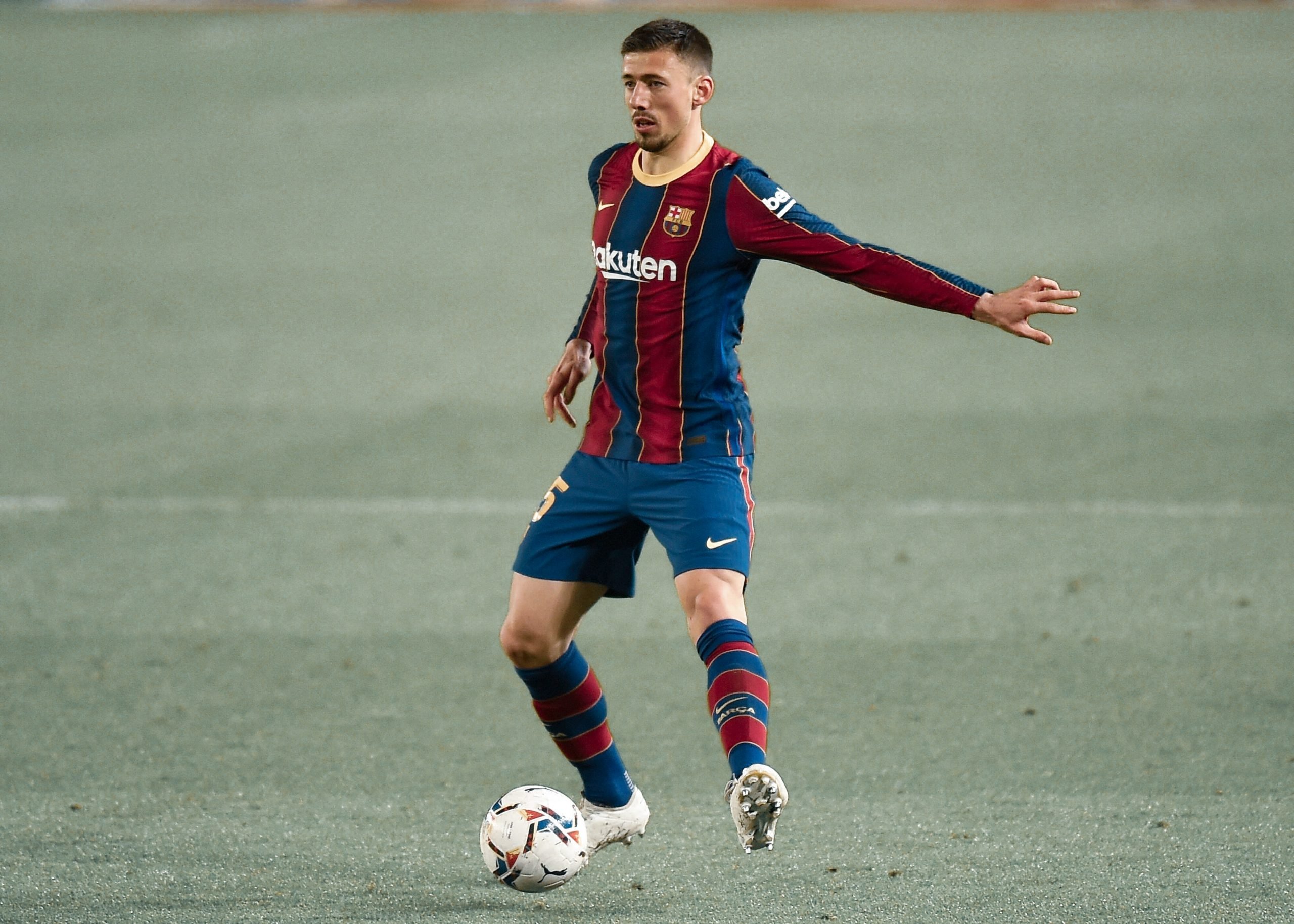 Nowadays, it’s certainly not easy being Clément Lenglet. Following Samuel Umtiti’s fall from grace, it was the other Barcelona’s French defender’s turn to do the impossible and create order in a highly dysfunctional Catalan backline. And for a while, he really seemed to thrive in that role.

Not so long ago, Lenglet was the highly underrated but also hardworking centre-back every Barcelona fan would gladly have in their team. His calmness on the ball and the ability to achieve progression were exactly what the Catalans needed (and still do), while his tackling skills were also on the rise. In short, he was set to become a lynchpin of Barcelona’s defence. Until he wasn’t.

Fast forward a bit into the future, and Lenglet is now a highly controversial figure in Catalonia. Of course, you could say the same thing for so many others, too, but the Frenchman is certainly dividing opinions more than most.

And how could he not, after a very shaky 2020/21 season so far? Lenglet has played a total of 38 games across all competitions in the current campaign, alluding to the fact that despite his issues, Ronald Koeman still trusts him. Well, more or less.

But that doesn’t change the fact he was directly responsible for four conceded penalties in La Liga, and the Champions League combined and one mistake directly leading to goal according to SofaScore. On top of that, the 25-year-old defender has already accumulated eight yellow cards in all competitions, even getting a solitary red for his troubles too.

All of that screams insecurity and, honestly, a complete lack of composure and confidence in his own abilities. As a result, Koeman himself had to get creative and try different formulas for different scenarios. That’s exactly why we’ve seen Barcelona with a back four, back three and even with the likes of Frenkie de Jong joining the backline for a completely different approach.

Lenglet himself has been a part of many of those experiments and, judging by the minutes played, mostly as a starter. In La Liga, for example, the Frenchman has made the squad 25 times and started on 20 of those occasions, being relegated to the bench only five times and just once remaining there for the entirety of the game. But how much of that has actually been due to his importance?

Of course, he is important to Koeman, with little to no doubts about that. However, he is important because, frankly, Barcelona didn’t really have any other better options at that moment. Umtiti is equally shaky, if not more, and injury-prone. Gerard Piqué had been unavailable for a large chunk of the season, Jean-Clair Todibo is gone, and Ronald Araújo was injured as well.

Luckily, the emergence of Óscar Mingueza had really helped Barcelona steady a sinking backline, and it arrived not a moment too soon. But before the introduction of a back three, the Catalans suffered week in, week out. And sadly, Lenglet was there to not just live through the pain but also to cause much of it.

The mistakes haunted him against Real Madrid, Paris Saint-Germain, Juventus and even against Cádiz CF when he gifted the opposition a draw on the day. But just as he was the ‘necessary evil’ in that lineup for a big part of the season, we also have to understand all of that was not entirely his fault.

Yes, he made huge errors that cost the team, but Barcelona’s poor structure, lacking approach to games and non-existent rest defence ensured Lenglet was never helped in those situations. Sometimes, the mistakes crept in due to his individual shakiness, but he was a mere single squeaky cog in a wobbly machine that were Barça.

However, now that Koeman has seemingly found a system that gets the best out of his troops, Lenglet is suddenly improving as well. It is always easy to bash individuals, but even if you put great players in lacking systems, they will likely struggle. Following his yellow card suspension and a game against Elche spent on the bench, Lenglet played 559 minutes across Barcelona’s eight last games in La Liga, helping them record seven wins and a draw with a goal difference of 22:6.

Similarly, he played all 120 minutes of that majestic 3:0 victory over Sevilla in the Copa del Rey semi-final, that too after spending the first leg on the bench for 90 minutes. Quite clearly, after a difficult period, both for himself and the team, the Frenchman had finally found his footing once more.

Now, while not faultless by any means, he seems to be recovering from the traumas caused by fans, critics and haters. We remember him leaving the pitch after Cádiz, visibly distraught, crying in the car as the cameras caught his exit.

Of course, Barcelona might still need more. Not just from him but also literally more personnel – younger, hungrier and even better. Lenglet is not a bad player by any means – that much credit we have to give him for performances and servitude that should not be forgotten.

But there is a feeling the likes of Eric García and David Alaba are surely coming for his spot sooner rather than later. Besides, when everyone is fit and firing, can Lenglet really compete with Piqué, Araújo, Mingueza and then García as well? Even at his best, it would be a mountain of a task, and that’s with Piqué’s potential retirement ‘around the corner’.

So however you turn it, this might just be an end of an era for him and his starting position at Barcelona. 2020/21 has been tough, but it could also be the last season where he’s in the gala XI.

Sure, he could still be a rotational player, but at the same time, he is good enough to be a starter in many big teams. Sadly, with Barcelona once again looking to have a strong spine in their backline, the Catalan giants might not be on that list of clubs.

Of course, this is just an opinion, and the Frenchman could still change his fortune, as he has already done once this year.