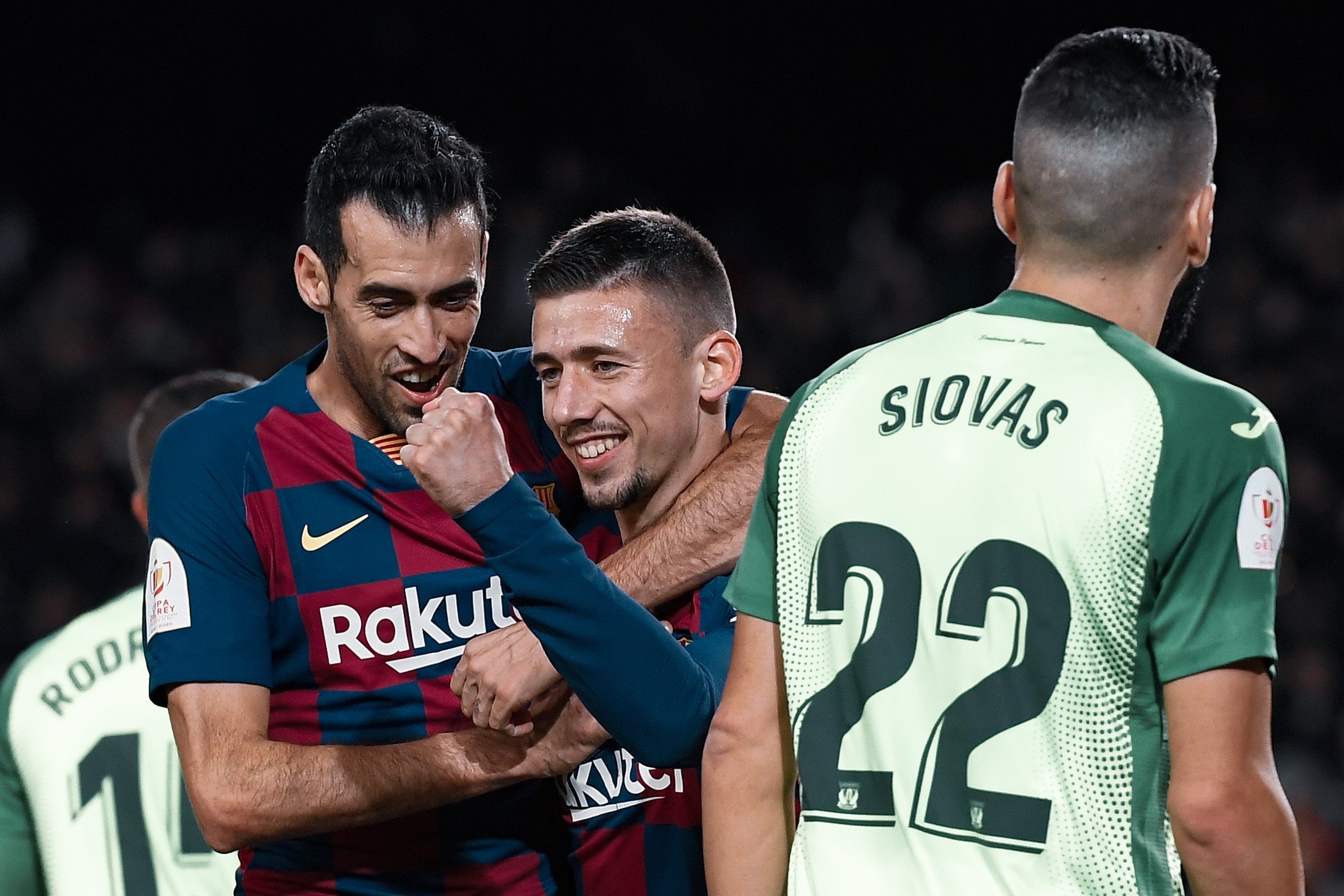 Lenglet has been developing very well at Barcelona. However, the current problems that club faces have overshadowed the silver lining that is the Frenchman’s performance this term. Here is a quick look at the 19/20 season from Clément Lenglet and just how well he performed.

This is the tenth episode of a series in which we review the performances of the different Barça first team players, as well as discuss their futures for the next campaign. You can check the series here.

When Clément Lenglet left Sevilla for Barcelona in 2018, he posted a photo on Instagram the caption stating, “I humbly come to help the club and work the most”. Lenglet has gone on to do exectly that and he has kept his head down and kept on improving slowly yet steadily till the 2019/20 season.

Barcelona have recently had many problems, both on and off the field. With all these issues surfacing, some players’ development has gotten lesser attention than it should. Clément Lenglet is one of these. In the now-gone campaign, Lenglet has arguably been a more consistent and reliable defender than Gerard Piqué as well, who hasn’t been bad himself. Since joining Barcelona in 2018, the Frenchman has made the most of every chance he has gotten and is now a world-class defender worthy of being a starter for Barcelona. At 25 years of age, Lenglet has a very bright future ahead.

Born in Beauvais, Oise in France, Clément started playing with Ligue 2 side Nancy and debuted on 27 September 2013. Since then, he has never looked back. Moving to Sevilla in 2017, Lenglet went on to make 73 appearances and finally broke through in world football in their match against Manchester United. Barcelona then activated his bargain of a release clause and he is now a key player for the team, taking the opportunities presented to him by the injury to compatriot Samuel Umtiti.

In the 19/20 La Liga, Lenglet has gone from being a promising central defender to one who is fulfilling his potential. 186cm tall and being a left-footed central defender, he plays alongside Piqué and his role is mainly assisting in the build-up apart from pure defending. This season, Lenglet has gotten clean sheets in 43% of his matches, conceding 0.9 goals per 90. In terms of bookings, he has gotten 0.4 yellow cards per 90. His performance has been very solid overall.

In the offensive end, Clément Lenglet has scored four goals in all competitions this season | Photo by Josep Lago / AFP via Getty Images

Barcelona look to build up from the back and this is where Lenglet really shines. His passing accuracy is superb and so is his range. The former Sevilla man is very good at long-ranged passes and this helps Barça when they need to get out of a tight situation at the back. Completing 92.6% of his passes this term, he has proven that he is a very reliable option to build-up from. The Frenchman has the second highest passing success rate in La Liga. He has completed 95% of passes within the range of 5–20 yards and 87% of the passes with length more than 25 yards.

In terms of pure defence, Lenglet combines excellent positional intelligence with his defensive talents. His tackles are always excellently timed and well thought-out. This season, he has won 37 out of 49 attempted tackles. As Barcelona have played a high line, many tackles have to be made judging the pace of the opposition. The 25-year-old has made 16 tackles in the middle 3rd of the field which has allowed Barça to continue playing a high line.

Lenglet has also made 112 clearances for Barcelona in La Liga this season, along with 35 interceptions. Though his figure of interceptions isn’t the highest, it’s not often that he has to intercept since he is superb at containing an opponent and dispossessing him. When the opposition right winger advances into Barça’s third, Jordi Alba often tucks back and allows Lenglet to advance onto the winger. With his excellent positioning and timing, Lenglet has made 43.3% successful pressures this season out of 383 attempts in the 2019/20 La Liga. Taking all this into account, it’s no surprise he is first in the league in successful pressures made.

Gerard Piqué has lost his edge in terms of pace as his age has been catching up. Though he wasn’t the fastest, he has still deteriorated. Lenglet has as a result had more responsibility in tackling players dribbling at the defence. He has a 41.4% success rate in tackling dribbling players, without fouling. This is very impressive as Barcelona’s high-line leaves them especially vulnerable to direct players.

One example of this especially stands out. Against Celta de Vigo, Rafinha Alcântara and Denis Suárez were constantly causing problems to Barcelona with their dribbling. With the defence of Umtiti and Pique, Barcelona were especially prone to this. The difference in the defence with Umtiti playing and with Lenglet playing is very clear. Due to injuries, the former’s form has now dropped and he is no longer a player who can challenge Lenglet for the starting spot.

What next for Clément Lenglet?

Under new manager Ronald Koeman, Lenglet will certainly retain his starting spot. Since Koeman’s teams usually build up from the back, the Frenchman’s abilities will be very useful and apparent as well. Lenglet will certainly keep proving his worth for the club. His talent has now reached a stage where he should also be a part of the French squad for the 2021 Euros. Lenglet’s development has been one of the silver linings in Barcelona’s grey cloud this season and it seems that his upward trajectory will only gain more momentum now.