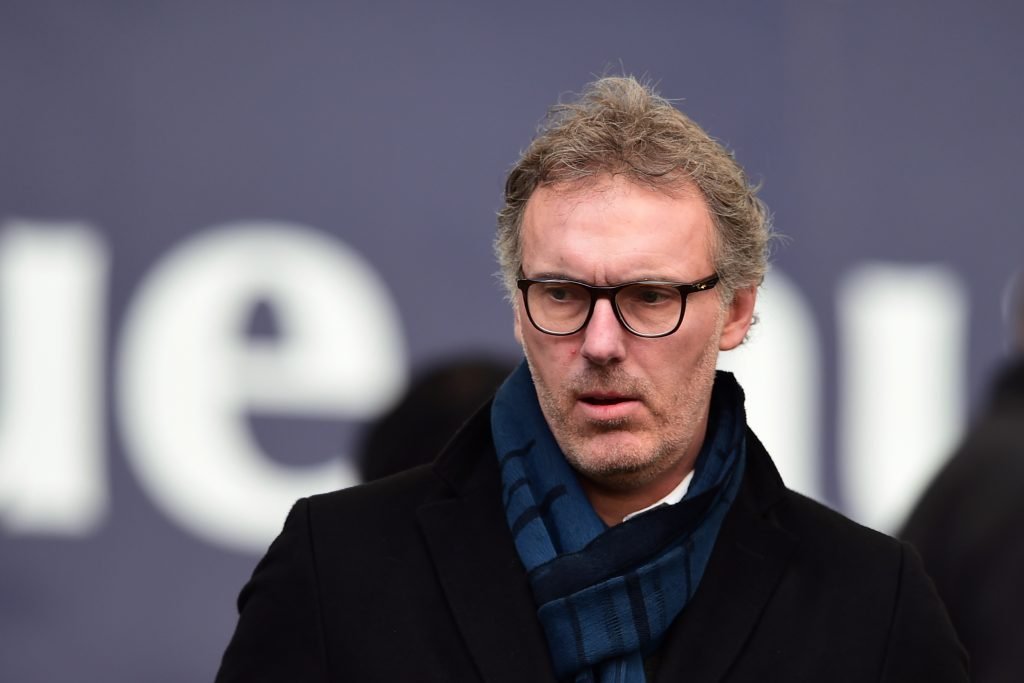 Rumors are linking ex-PSG manager, Laurent Blanc, with his former side Barça and this appointment might do more harm than good.

It’s a lovely July afternoon; you’re sitting down on the beach and check your phone to see if anything new has appeared on it and find a rumor linking a somewhat great coach linked to your club. A great coach? Yes, a champion as a player and as a manager. “Wow, that’s amazing!” That’s what most Barça and neutral fans would think of the appointment of World Cup winner Laurent Blanc as a coach. After all, the former Manchester United and Barça defender coached some top teams, including his Bordeaux side of 2009 that won the league, France in 2012, and PSG from 2013 to 2016, winning four league titles in the meantime.

The Frenchman possesses many assets, such as his pedigree as a player and a manager and his history as a winner. Having played for the biggest clubs on the planet, especially Barcelona as he’s linked with them, the former defender warrants some degree of respect as a coach, and one would think he’d have the respect greats such as Luis Enrique, Pep Guardiola, and Didier Deschamps have. After all, there aren’t many coaches that can gloat their players’ medals and remember them for life, but Blanc can show his 2000 European Championship medal and his 1998 World Cup winner medal and celebrate.

As a coach, he seemingly has had some kind of success, with Paris and Bordeaux. Indeed, while his France side lacked in many aspects of the game and crashed out of the 2012 Euro’s against Spain in the quarter-finals, his Bordeaux side, where Yoann Gourcuff was the star, was outstanding. En route to their first Ligue 1 title in 10 years, Les Girondins smashed pre-QSI Paris, beat Lyon, ending their reign of seven league titles in a row and ground out many results. Laurent Blanc assembled a beautiful squad, and he received a lot of credits as his first managerial job helped him get the French position. With Paris, he had the best team in the league and was given a war chest to play in a league where money did not dominate yet. He won the league in his three years in charge, something his successor Unai Emery did not do.

If Laurent Blanc gets the job at Barça, there are some positives, but also many negatives come into play. First, he has difficulties in fighting egos, and when the going gets tough, he will experience acute pressure to keep his job, something the Qatari owners did to him a lot. His PSG side was controversial, and it wasn’t only the players causing troubles. It began with Leonardo, director of football at PSG at the time, and recently reappointed, who decided to elbow a referee and cause his own sacking in the process. Then, it was star man Zlatan Ibrahimovic who insulted France, by saying it’s a “sh*t country” after a disagreement with a referee. After that, it was Serge Aurier’s turn to cause havoc on the Parisian group by saying that his coach sucked Zlatan’s genitals and saying Blanc is a “p*ssy” live on Twitter. His PSG side was a lot, perhaps too controversial and it cost the former Barça player many sleepless nights as he tried to solve that.

Honestly, it’s no wonder that Blanc hasn’t coached since getting sacked in 2016, three months after signing a contract extension that would keep him for three more seasons. Everyone mistreated and caused Blanc unparalleled stress, if he is to come to his former side, he’d probably feel forced to oblige to each and everyone’s desires. So basically, the board would sack Valverde, a yes man, for Setién, who hasn’t lived up to expectations and seems to have crumbled underneath the players’ peer pressure and then sack Setién for Blanc, who can’t command a dressing room for toffee. All that in the space of seven months, not even a year.

Also, the dressing room aside, Blanc isn’t much better tactically speaking than his predecessors. Between him, Valverde and Setién, the best tactician would be Ernesto, who adapted really well to a squad in complete crisis. Blanc is the man who could not keep a 3-1 lead against Demba Ba’s Chelsea and let’snot forget about the horrible 3-5-2, with Gregory Van Der Wiel as a right-winger, against Manchester City in a Champions League quarter-final. PSG fans hated Blanc, as they began to grow tired of not reaching the Champions League semi-finals while spending a few hundreds of millions in the summer transfer windows. They hated his style and his lack of charisma, especially when they needed to show confidence in the critical moments in the Champions League. Planning a squad and seeing out a game isn’t Blanc’s forte either.

We’re in February 2015, Paris trail Lyon in the title race and are in dire need of points to win the league. Against Caen at the Parc Des Princes, it should be a walk in the park for the Parisians and if seemed as if they would run with the win as two early goals came for them. Yohan Cabaye went off injured, as did Marquinhos at half time. After that Blanc decided to make a third sub, but he got surprised by Serge Aurier and Lucas Moura being subbed off due to injury. With nine men, Paris threw the game away, and it was all Blanc’s fault as late Emiliano Sala and Hervé Bazile’s strikes helped Caen get the draw off the reigning champions. This match was the archetype of Blanc’s Parisian career as it looked good at first, but he’d always mess up somewhere. Whether it was in a meaningless game or a Champions League knockout round, Blanc didn’t seem to know what he did.

However, with all these shortcomings, Blanc is still a title winner, with minnows Bordeaux or giants PSG and he would perhaps get Barça on top of the league again, and that’s a good start at least. Hopefully, the board makes the best decision for the club and the manager, whether it is Setién, Kluivert, or Blanc, and they shall not rush into things.