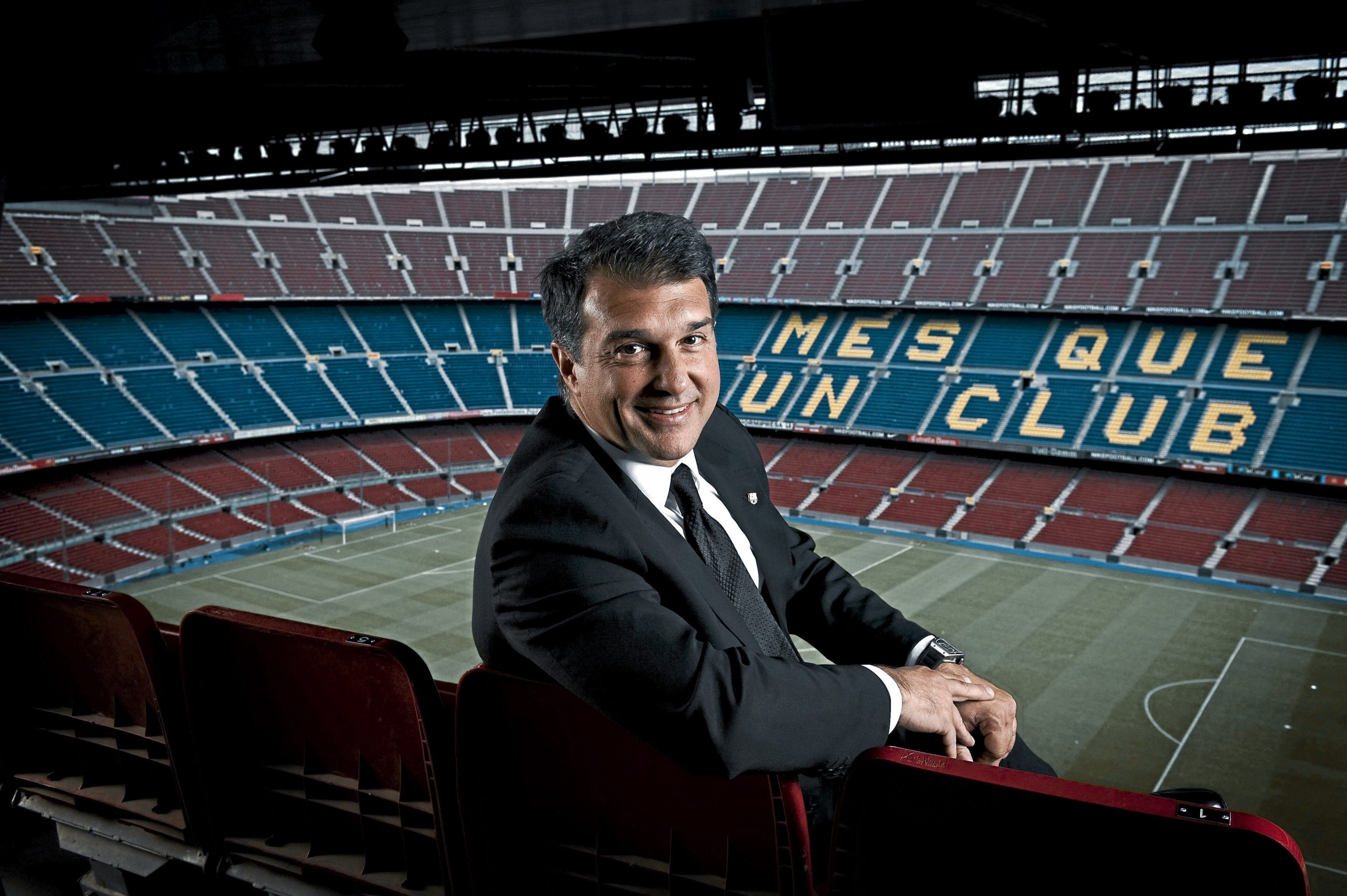 After a landslide victory, Joan Laporta is officially FC Barcelona’s next president. The elections took longer than expected, but Cúles can be rest assured about the future of their beloved club. Laporta brings experience and poise to a position that was once his from 2003 to 2010.

Given the immense success of his previous presidency, Laporta’s campaign naturally stressed the notion of past success being a sign for future glory. In fact, there are plenty of similarities between the Barcelona of 2003 — when he first took over — and the club in 2021.

In 2003, Laporta inherited a club in institutional disarray. In 2021, things are not so different. His predecessor, Joan Gaspart, took over the club after long-time president Josep Núñez resigned. While he was a great vice-president, Gaspart’s three years in charge left the club in an institutional, financial, and sporting crisis. Without institutional solidity and proper financial management on the pitch, success was never possible.

Similarly, Josep Bartomeu, Barcelona’s last president, also left the club a dishevelled shadow of its former self. His reign was full of controversy, poor financial management with careless transfers, and worst of all, the recent “Barçagate” scandal wherein he reportedly paid social media outlets to slander members of the team. The team desperately needs stability from the top-down as well as someone to fix their flailing reputation.

As aforementioned, Barcelona in both 2003 and present-day have immense financial struggles. In both cases, money was spent carelessly on players who did not fit a clear plan and wages spiralled out of control.

A reported €180 million were spent between 2000 and 2001, and there was no silverware to show for it. Gaspart’s reign saw €150 million spent on 16 different players. Promising signings like Javier Saviola and Juan Riquelme failed to meet expectations, and the transfer fee from Luis Figo’s infamous move to Real Madrid was ill-spent.

Reduced income exacerbated these financial struggles, and in his final season, the club profited about €123.4 million, less than half of Manchester United’s at the time.

Wages also made up over 80% of financial turnover. To compensate, they let Rivaldo loose from his high earning contract, and they even slashed star Patrick Kluivert’s wages by 50 per cent in 2003. Additionally, the team had a deficit of €72 million and were in debt of €186 million.

Although the COVID-19 pandemic amplified Barça’s financial problems, they were still present and on the tipping point before it. In terms of buying players, nearly €400 million were spent on three players (Philippe Coutinho, Antoine Griezmann, and Ousmane Dembélé) that have unfortunately failed to live up to the billing of those immense price tags.

Furthermore, the transfer policy was consistently undefined and money was seemingly spent carelessly on players to Liverpool, Ajax, Bordeaux, Gremio, and Bayern Munich. The last three, belonging to Malcom, Arthur and Arturo Vidal, are not even in the club anymore.

Financial reports released earlier this year revealed that the club is in debt of €1.2 billion, with short-term debt of around €730 million. They overspend on player wages as it constitutes 74% of their budget, and have been forced to reduce players salaries in recent months. Once again, COVID-19 has brought these problems to the forefront, and teams all across Europe are struggling financially, but this shows that their financial structure was not sustainable and has to be changed.

Simply put, there is a lot of work to be done to reestablish Barcelona financially. Laporta helped modernize the club in his first stint and the same will have to be done now. His plans include expanding digital ventures, increasing socis and revenue from sponsors, as well as issuing bonds, to name a few.

The club’s financial hole will make it more difficult to navigate the transfer market and bring in marquee players, but that could be a blessing in disguise for promising youngsters and out-of-form players.

Football teams, companies, and corporations are all delicate systems that require unity and structural integrity in order to thrive. Silverware and dominant performances can not be attained without insightful scouting, well-managed infrastructure, and carefully allotted finances.

During Gaspart’s reign, Barça were in the midst of not winning a trophy since 1999. They consistently underperformed in La Liga and in Europe. To make matters worse, the club had hired four managers in three seasons, which just added to the inconsistencies.

Gaspart ultimately resigned when the club were two points away from relegation, and they ended up finishing 6th in La Liga in 2002/03. The finish represented their worst in 15 years, and the club had now gone six years without the coveted title. They were also eliminated in the quarter-finals of the Champions League and the first round of the Copa del Rey that same season. The squad needed a massive overhaul and improvement in quality in order to compete at the highest level.

Present-day Barcelona is nowhere near as dreadful as that team, especially with recent performances, but they have still vastly underperformed in the last few seasons. Last season represented their first trophy-less campaign since 2007/08, and a barrage of embarrassing Champions League performances have marred the team.

The squad has a myriad of promising youngsters, but there are still some holes in the squad that have to be filled before the team can go back to being world-class again. Also, there has been a fairly high turnover with managers: there have been three since 2019. Still, Ronald Koeman seems to be exceeding expectations thus far and has potentially locked himself in for another year as head coach.

Managerial consistency will help Laporta, as there’s one less thing to worry about, but he will also have to carefully navigate Lionel Messi’s unclear future at the club.

While a proven track record is reassuring, it by no means guarantees future success. Nevertheless, Laporta and his team have already revived a broken Barcelona in the past, so they have the much-needed experience to do so again. He was a dark-horse candidate in his first campaign, stressing the need for a breath of fresh air in the club, but has now come full circle as a more popular and prominent politician. In all, Cúles will be hoping that he and his team still have the same energy and aura. He has a track record of putting the right people in the right places, and his expertise should enhance a club that desperately needs to return as a leader in world football.