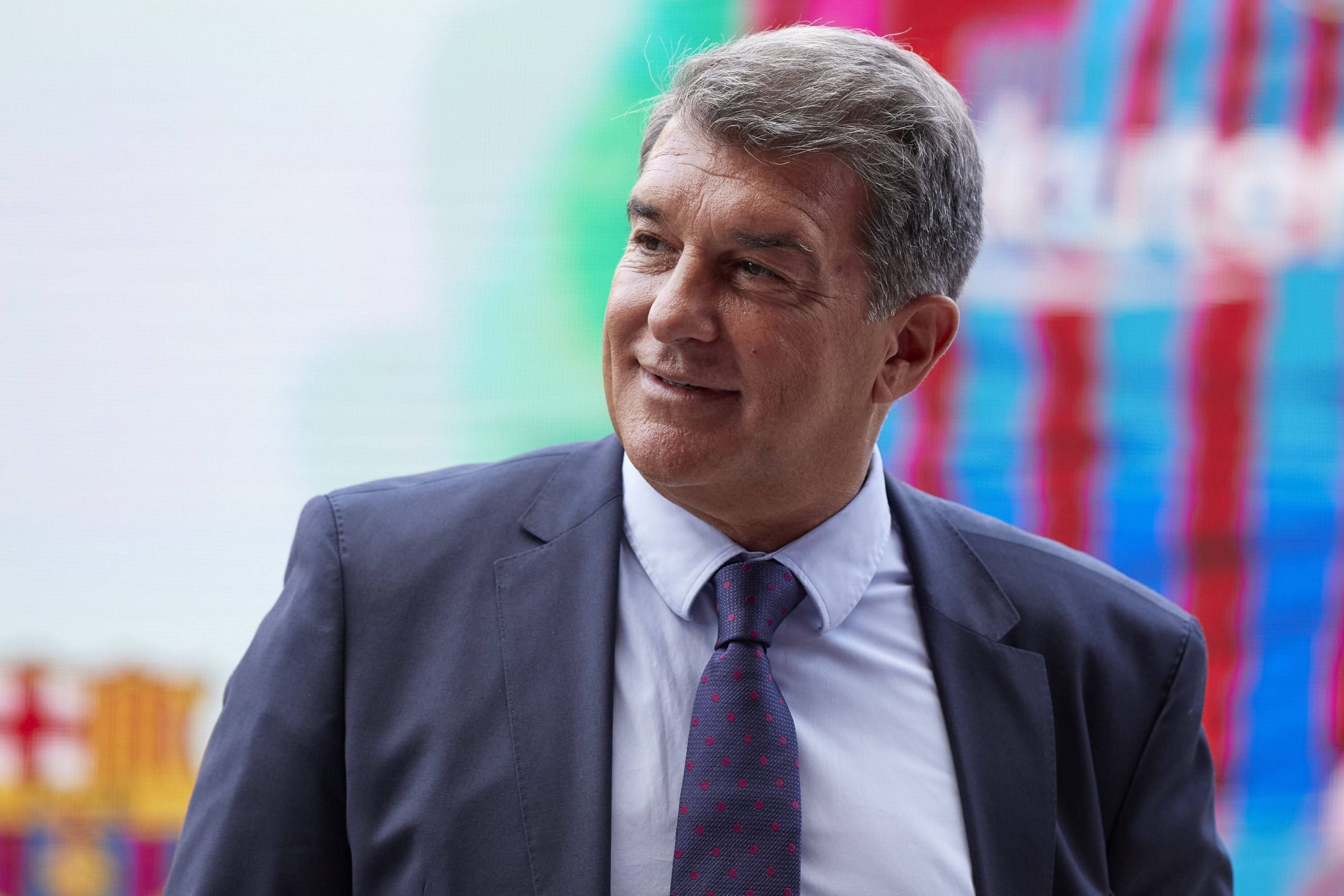 On Monday night, Barcelona welcomed another new face into the squad with Emerson Royal officially being presented as the latest addition to the ranks. The Brazilian defender arrives from Real Betis after having made quite an impression over the past couple of seasons.

Barcelona president Joan Laporta welcomed Emerson to Barcelona and wished him success, saying: “Royal will help us to build our sports programme, one that we want to be a success. I think back at all the great Brazilian right-backs that we have had over the years, like Belletti and Dani Alves, and who have been such an inspiration for Royal.

“We hope to see you dressed for many years in Blaugrana. You will enjoy being part of this global Barça that represents us worldwide. As well as demonstrating your amazing talent, we want you to have fun.”

Laporta also used the occasion to address several pressing issues that the Catalans are facing heading into the new season. The futures of Lionel Messi, Antoine Griezmann, Ilaix Moriba were among the topics that were discussed while the possibility of more new signings was also spoken about by the club president. (h/t Barcelona official website)

The biggest concern for every Barcelona fan heading into the new season is when Lionel Messi will re-sign with the club. A free agent for over a month now, Laporta assured that steps were being taken to ensure that the 34-year-old stayed at Camp Nou.

“We are in the process of getting Messi to stay. He wants to stay at Barça and we have to make sure that happens. We all want Messi in La Liga because he is a world-class player, the best in the world, and he clearly helps to promote the league. I know Leo wants to stay and appreciate that highly. Everything is very much on the right track.”

It is no secret that Barcelona have struggled in the market due to their financial woes and their inability to trim down their wage bill in accordance with La Liga’s Fair Play rules. Laporta, though, sounded hopeful that more incomings would be possible.

“We have hit some major obstacles, but we have time to make things possible. I’m optimistic because everything has gone so very well. With the new signings and the youth players we are putting together a competitive squad. The preseason has been highly promising, but there is still a chance we might add something else,” he said.

However, the Barca president did hint that the league would have to be a bit more lenient and flexible for them to sign new players. “We just hope that financial fair play can be extended so we can add some other signings. All of the players that we have signed can be registered. We want greater flexibility from La Liga so there can be more financial fair play and the chance to sign some more players.”

The curious case of Ilaix Moriba

Contract talks with the teenage prodigy have not gone according to plans, as Moriba and his camp continue to hold out to their high demands. And, Laporta did not sound too pleased with how the situation had unfolded when asked about the matter.

“If Ilaix doesn’t want to renew his contract, he has other options. We don’t want players that have grown up here and don’t want to renew their contracts. We’re sorry, but the club comes before anything else and we can’t have this kind of thing happening. I want them to think again because we want to reach an agreement,” Laporta said.

The Barcelona president also sent out a message to Moriba and other youngsters coming through the squad that this kind of behaviour will not be tolerated.

“He has a year left on his contract and he doesn’t want to accept the club’s terms. We won’t accept that either and we have to send a message out to the youth players. We can’t have players that grew up here that don’t want to renew. We can’t be promoting players and then having them leave without Barça getting any benefit,” he added.

Another player whose future has been much speculated about is Antoine Griezmann. Links to Atletico Madrid continue to do the rounds while recent reports have indicated that Barcelona are prepared to keep him at the club.

Laporta, too, seemed to hint at the same, saying: “Everyone is happy with Griezmann. He’s a true professional. He has a contract with Barça and we have to respect that.”