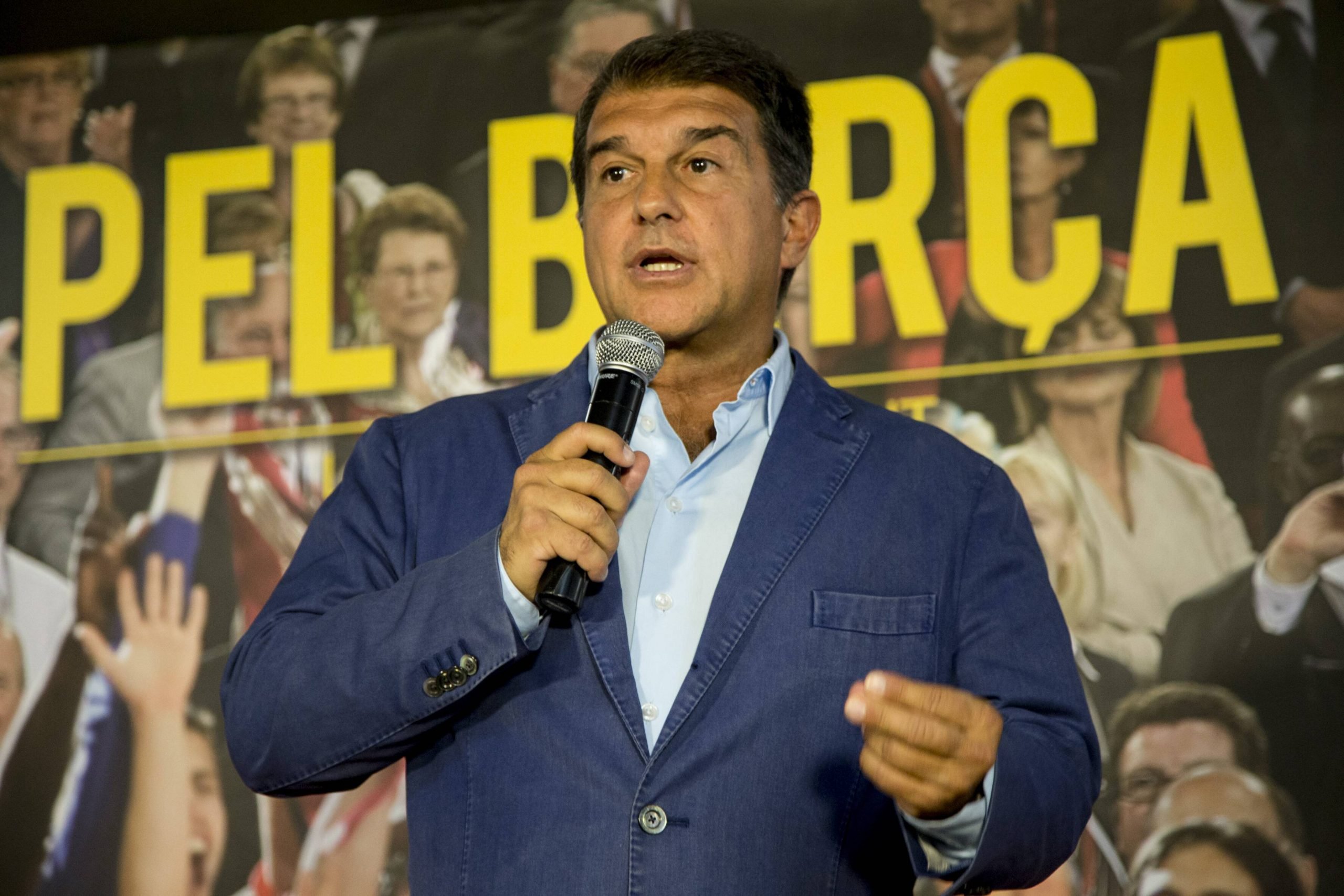 Barcelona presidential candidate Joan Laporta told El Transistor why he won’t disclose the names of any of Barcelona’s transfer targets.

After recently announcing some key plans for his sporting project, Laporta has cemented his spot as the clear favourite to take over as Barcelona president. Given his rich history with the club as well, he has already been linked to various players to sign in the summer.

Laporta’s relationship with superagent Mino Raiola is no secret. This has led to plenty of rumours regarding Borussia Dortmund starlet Erling Haaland joining Barcelona in the summer. It would be a fantastic signing, but not an easy one to materialize.

The former president when asked about the club’s transfer targets, very smartly replied: “I‘m not going to name the players we wish to bring in. Experience tells me this is not needed because you increase their price and devalue the players we have here at home.”

The 58-year-old’s vast experience in football, business and politics clearly shone through in his answer. He is well aware of the club’s precarious financial position, hence he wants to be as subtle as possible when getting transfer business done. Additionally, he clearly indicated that he has full faith in the current crop of players at the club, which is vital for morale.

However, Laporta’s diplomacy is never a hindrance for his ambition and optimism. In the presser where he talked about his project, he said: “Barcelona is always capable of signing the greatest players.”

If Laporta were to be elected, which is the likeliest scenario at the moment, Barcelona can certainly be expected to make waves in the transfer market.